E.ON withdraws from careers fairs due to persistent protests

E.ON has withdrawn from University Careers Fairs run by AIESEC following a string of protests around the country. E.ON did not show up at Birmingham today (12th Nov). The protesters object to E.ON wanting to develop new coal fired power stations, such as at Kingsnorth - the target of this summers Climate Camp. However E.ON cannot avoid the protests by avoiding careers fairs - expect more fun during 48 hours of action against E.ON and new coal on the 28/29 November. 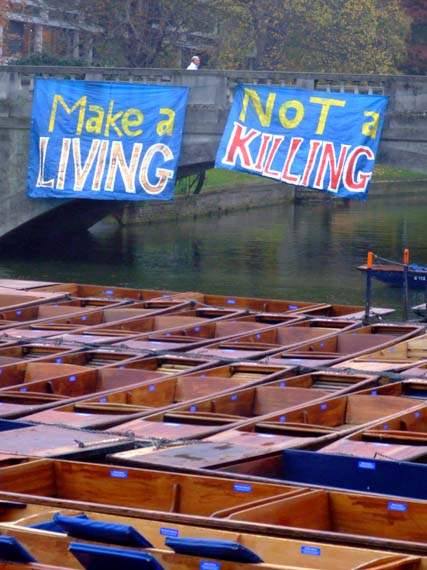 Warwick University has also had protests against Arms companies on site and EON have pulled out of the careers fair tomorrow. See photos of the most recent anti-arms action at a careers fair at 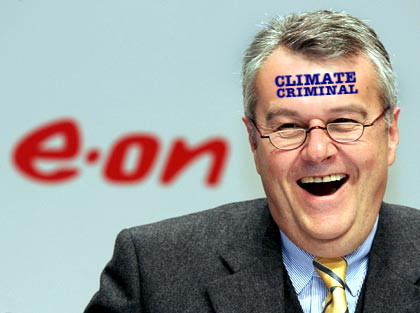 This is SUCH significant and wonderful news that I have published a fully-illustrated article on this magnificent victory at:

Chalk up one Big Victory for Mass Popular Action against a Climate Criminal Corporation – WOO-HOO!

Now let's continue to drag their filthy brand image through the mud of opprobrium by encouraging as many folks as possible to partake in:

Some might say, "D'you know, it's awfully bad form to kick a chap when he's down." But the Received Pronunciation accent in which you're most likely to hear such sentiments being pontificated gives the lie to their ruling class origins. I say we take heart and courage from this magnificent victory in order to, as our sisters and brothers in the USA might put it, "Tear E.ON another asshole!"

PS: As Tess said in the email via which I received this most excellent news, "well done to everyone around the country for such hard work and to Danny and Jess for writing such a great Press Release!" (on which the majority of my articles are based). And thanks to all the other Indymedia and People-&-Planet citizen reporters and photographers for your Action Reports.