In an act of direct action against top Huntingdon Life Sciences (HLS) customer Novartis, the Chairman and Chief Executive Officer Daniel Vasella had his hunting lodge in the town of Bach, in Tyrol, Austria, destroyed by fire (see photos). The Militant Forces Against HLS (MFAH) claimed responsibility for the arson in an anonymous communique, calling on Vasella to sever all ties with HLS. The activists reported that Vasella butchers animals at HLS, Europe's largest and most exposed vivisection laboratory, through contracts made with Novartis, as well as butchering animals in his own private hunting estate. A spokesperson for Novartis said he has now decided to sell the property that was burnt with 60 litres of petrol.

The MFAH formed in April this year and have targeted HLS customers in France, Germany, Belgium and now Austria. They are relatively unknown and adhere to no guidelines, although are affiliated with the Animal Liberation Front (ALF). In recent months the militant group have reportedly targeted Novartis in France, burning down a sports centre and in Germany, vandalising the Vice Chairman's cars and home, returning a month later to place incendiary devices under his two cars. They have also targeted HLS customers Sandoz, Sanofi-Aventis, Bayer, Schering Plough and Pfizer. 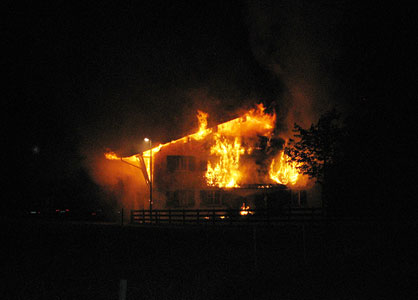 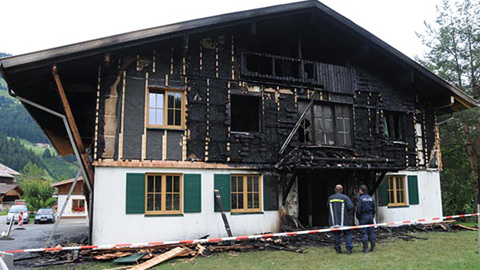 On July 27th in Chur, Switzerland, media reported that the ashes of Vasella's mother were stolen and her gravestone defaced with "Drop HLS Now". Additionally, about three weeks ago, graffiti slogans against Vasella and Novartis were written on the church in Vasella's village of Risch in central Switzerland. Messages were also left on the road near his home including "Vasella is a killer. We are watching you. Death to Vasella. We'll be back."

Furthermore, the Animal Liberation Brigade in June claimed setting fire to the Novartis directors cars in Switzerland. ALF activists also said they vandalised the property of four Novartis executives in May, painted the house of another worker in April and painted slogans against company offices in Mexico and the UK.

According to Novartis, attacks on houses and cars of the company employees as well as on Novartis property have grown in recent months, no doubt due to the MFAH, ALF and attacks by other individuals. This is despite the crackdown against Stop Huntingdon Animal Cruelty (SHAC) by imprisoning seven UK SHAC activsits, with the campaign group denying any involvement in the Novartis attacks.

As well as butchering animals at HLS, Novartis Chairman and CEO Daniel Vasella likes to butcher animals in his own private hunting estate in Austria. He had it personally built in a town called Bach, up in the mountains. There is a large cooling unit and an area for preparing his kills, which he sometimes supplies to the local restaurant. There is also a large garage, that we guess holds the car that picks him up from the neighboring town (the rich scumbag flies in on his personal helicopter!)

You could tell it was his house from a distance - the skulls of deer we saw hanging from the walls outside and inside only made us more determined.

60 litres of petrol was concentrated in two places around the house - the roof sheltering the front entrance was packed full of petrol bombs with most of the petrol containers placed under it by the door to catch the wood inside, and around the side the wooden garage door and angled roof supports were targetted with the second group of devices.

It hasn't been your week has it, Daniel? Understand this: This will continue until you sever all ties with Huntingdon Life Sciences. We will attack your private life wherever possible. If you think it's fun killing animals in your own forest in Austria and bring them to your hunting estate, we will destroy it. Have you got any more hobbies Daniel? We will destroy them. We will destroy your life. Just remember one thing, dealing with HLS means dealing with US.

Huntingdon Life Sciences (HLS) are in the business of poisoning healthy animals to death. They are a contract testing operation that tests products for others. They have three sites two in the UK and one in the US. Five hundred animals are put to death every day by HLS, killing tens of thousands of horses, cats, dogs, primates, rabbits, hamsters, rats, mice and fish amongst others each year.

HLS’ key weakness is their finances and by throwing the spotlight on those funding their abuse campaigners across the globe have managed to bring HLS to the brink of financial collapse. Throughout the campaign activists have made financial history as one by one major corporations have yielded to protester power and severed their links with the failing company.

Campaigners use evidence obtained in seven undercover investigations at their different laboratories in the UK and USA where HLS workers have been caught on film punching puppies in the face, simulating sex with animals in their care, cutting open primates while they are still alive and falsifying experiments to get products on the market. HLS workers have even been caught drunk at work and dealing drugs at the labs.

Huntingdon Life Sciences have a criminal record from a British court of law for breaking the Companies’ Act. They are the only UK laboratory to ever have their licence revoked by the government.