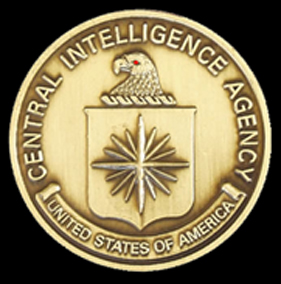 
A recent case surfaced where it appears the Microsoft Corporation censored and disabled one of its MSN Groups’ websites known as “Unwanted Publicity” that was fighting global financial crime.


The action taken by Microsoft in late August 2008 appeared to have been taken on behalf of international fraudsters representing the Knights Of Malta sanctioned by the U.S. government to clandestinely conduct undercover operations protected under a little-known-about U.S. Congress mandate governing these types of secret operations where innocent investors become victims unable to collect damages for their financial investment losses because of the secrecies involved.


The Microsoft decision to censor the 10-year old website involved eventually having been forced to dismantle what amounted to a private financial intelligence website acting as global watchdog over multiple networks of business financial investment fraudsters propagating intelligence sanctioned fraud schemes kept secret from North America public investors whom, instead of being warned and alerted, were targeted by multiple highly complex international financial investment crimes for decades.


Wondering just whose side Microsoft was on, the public might be able to decide from what Intelligence Briefs were displayed at the Unwanted Publicity website from late December 1998 until late August 2008. Only a limited peek from Google’s search engine cache revealed a few of what some of those reports the briefs were pointing to online elsewhere:


Dungeon Spies: Left Hand Of Law Doesn’t Know It’s Right - 21JUL08 - Spy versus spy, classified alibi defenses, two (2) spies working separate missions, both targeted for assassination, and imprisoned where they were left to rot as U.S. government sacrifices, until one revealed the other was an ongoing threat to U.S. national security. Full report, click: [


Intelligence Pros, Cons, And Those Caught In The Middle - 16MAY08 - Intelligence operatives coursing through the veins of independent offshore banks in Grand Cayman and other island tax havens, spies exposed by supreme court justice, forensic accounting firm mystery, and more. Full report, click: [


Intelligence Memo: 05MAY04 - 05MAY04 - Former CIA director shakes hands with CEO of ALLIANCE STARS after its Jordan executive Kamal Jumah Laoi Al-Kabariti is assassinated with his wife in Colombia. Full report, click: [


Con-man Or Struggling Angel? Uganda’s Infamous Ex-Pat: Van Brink - 29JAN04 - Exclusive interview with a fugitive CEO and founder, of an independent offshore Grenada bank holding assets valued at more than $120,000,000,000 billion, a man who the U.S. government labeled - shortly before his death - was an economic threat to national security. Full report, click: [


Rule One: How To Say Nothing - 30JUN03 - Perhaps one of the least favorite events for any person is a visit from the U.S. Treasury Department, Bureau of Internal Revenue Service, hereinafter "IRS", or perhaps any other government official for that matter. The IRS Raid On Your Business or Castle. When the IRS knocks on 'your' door. There is no wholly satisfactory substitute for brains but silence does pretty well. Afterward, call your lawyer. Full report, click: [


Global Economic Brinkmanship - Part 3 - 01APR03 - Secret gold enhancement formula, modified by the U.S. National Security Agency ( NSA ) to enhance gold extracted from its recycling facility, originated in a South Africa laboratory by an Asian who saw his formula patented that spurred Engelhard - CLAL to offer $150,000,000 million (US) for the formula but when not obtained, Western intelligence agencies hired a Private Military Contractor ( PMC ) to stop it from being released to the public. Never realizing he was too late, another man got the formula - and others - first, researched them, found the missing key to growing gold, and now his files are for sale. Full report, click: [


Censorship of private legacy intelligence information on a host of topics began at the aforementioned point of this November 16, 2002 and earlier article reports where the UNWANTED PUBLICITY website Intelligence Briefs provided internet archived web site URL links up until late August 2008 for public reading of its historic 2002 controversial reports that had been archived and hidden away from normal internet public viewing except by internet archive database stored under its former website moniker “X-CIA FILES” and “AnExCIA” website URL earlier hosted by the Microsoft Corporation “MSN Groups” and “MSN Communities” webpages, however this 2008 censorship came to attack by disabling the UNWANTED PUBLICITY website where even these 2002 webpage reports were then viewable as well.


In short, this repetitive censorship by the Microsoft Corporation was its fourth (4th) act of deliberate attacks on a publicly offered private legacy intelligence information report database website authored as such far back as 1998 by the Host of the UNWANTED PUBLICITY website.


Submitted for further review and commentary,