Shell Protest in Newcastle only one arrest! 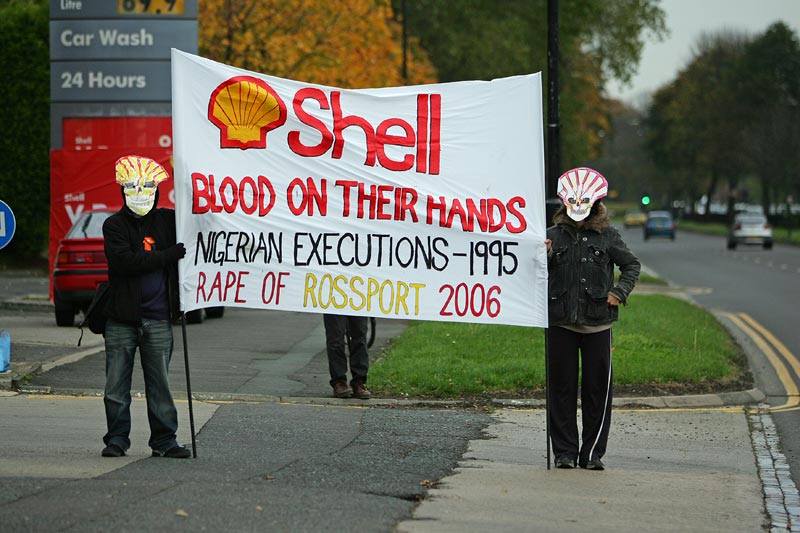 Recycled and updated Banner from 1995 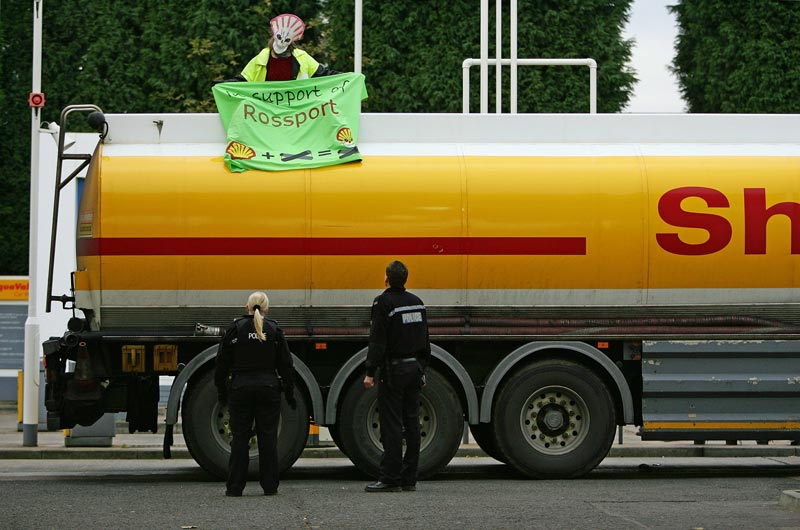 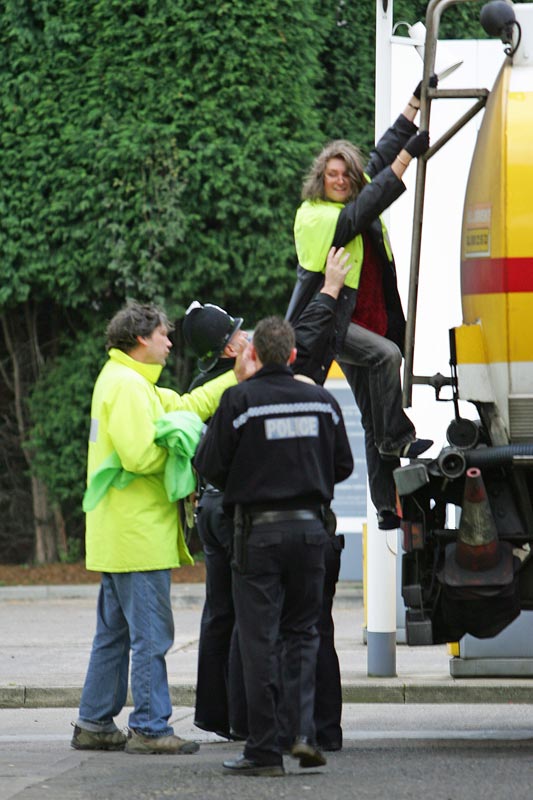 Bloody Shell Officer! you said you would'nt arrest me! 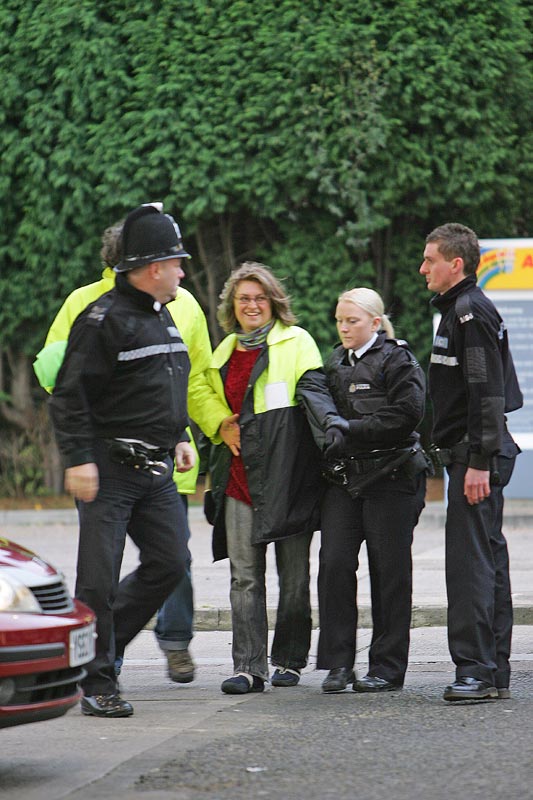 Newcastle's largest Shell garage was blockaded for an hour this morning on the 11th anniversary of the hanging of the Ogoni 9 and in solidarity with Rossport and anti-corporate struggles world-wide.

One protestor climbed on to a handily placed Shell Tanker to get a better view of the traffic. Worried local police pleaded with her for 45 minutes to come down and promised she would not be arrested. Eventually taking pity on them (and desperately needing a wee) she clambered down and and was of course immediately arrested. We had good support from local residents, invited in for cups of tea and all the conveniences, and from hordes of passing kids on their way to school. We were even offered a place to stand in a guys garden when the police started shoving every off the forecourt!

All in all a good mornings work and seen by hundreds of passing motorists on the busiest rush hour crawling road into the toon.