On 30th April the offices of Spearhead Exhibitions, organisers of DSEi, Europe's largest arms fair, and Reed Exhibitons, their parent company were visited by protestors. 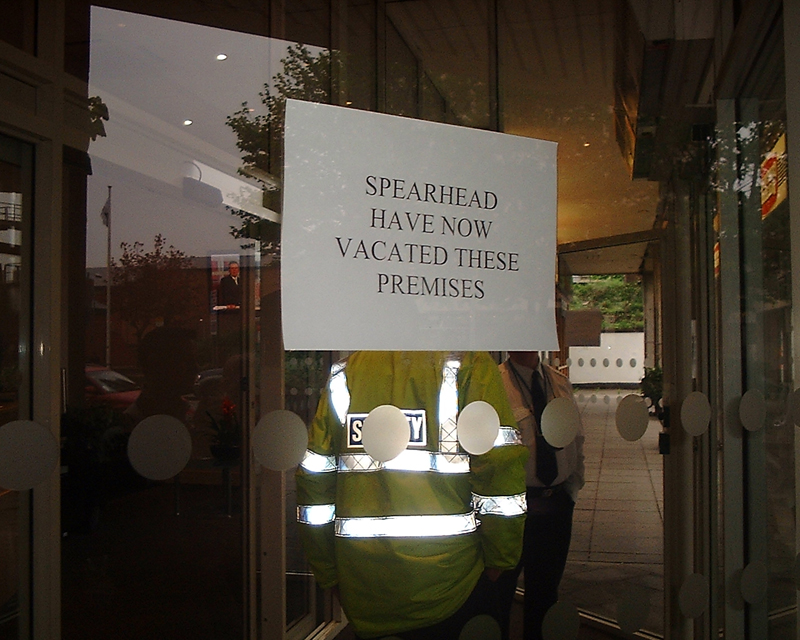 Signs on windows at Spearhead 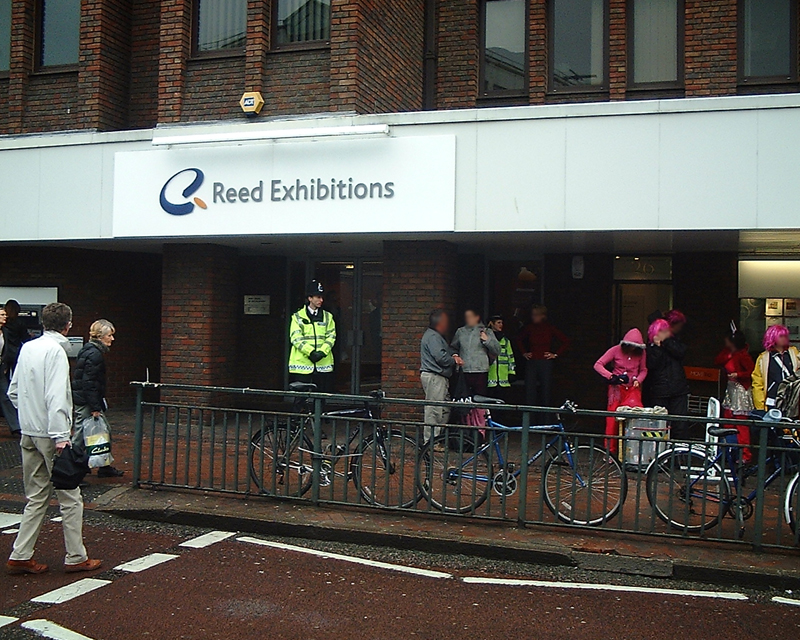 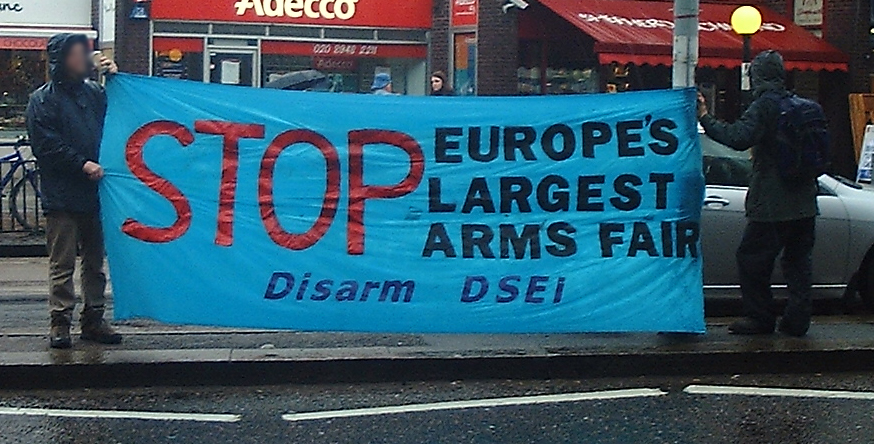 At the Spearhead offices, the Apex Tower, New Malden, signs on the front windows stated that Spearhead had moved out, and one of the protestors was shown the empty 8th floor office space, to prove they had really gone.

In the afternoon there was a loud (thanks to samba) and colourful protest at Reed in Richmond which drew a lot of attention from passers-by as well as Reed employees.