The march organised by the TUC and People's Assembly on the first day of the Tory Party conference in Manchester was vibrant, noisy and cheerful. But when I read the national newspaper reports on it later, they might have been covering a different demo altogether. 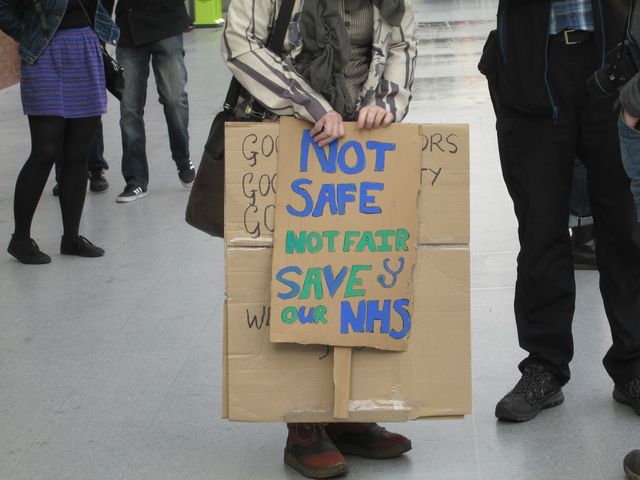 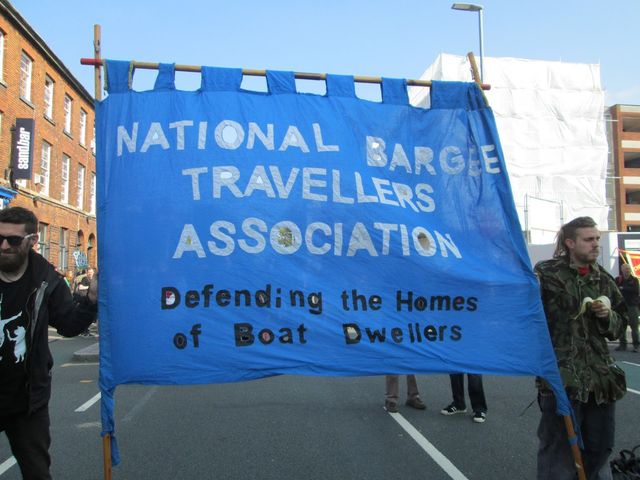 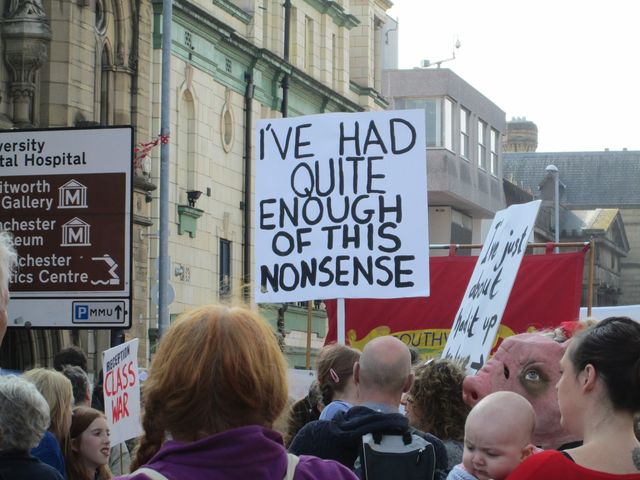 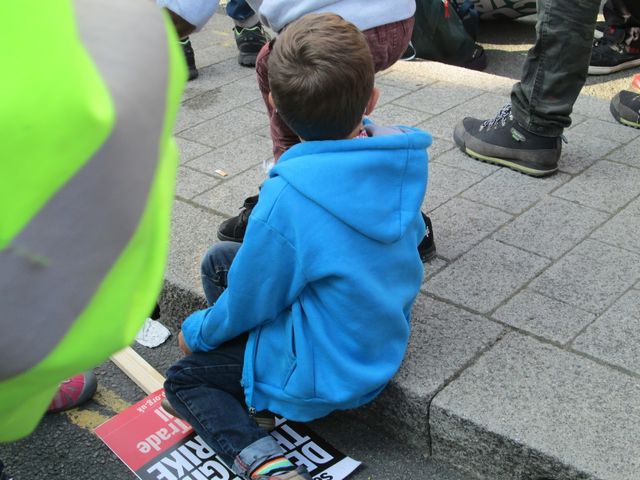 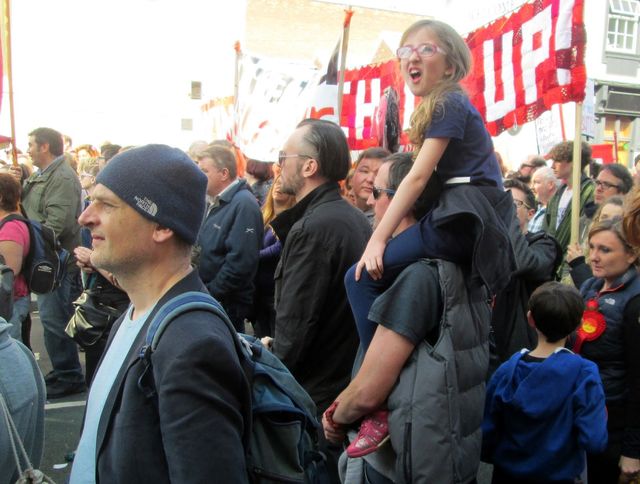 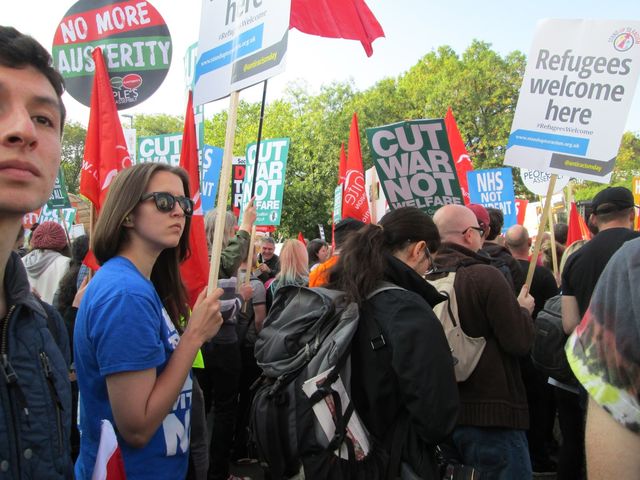 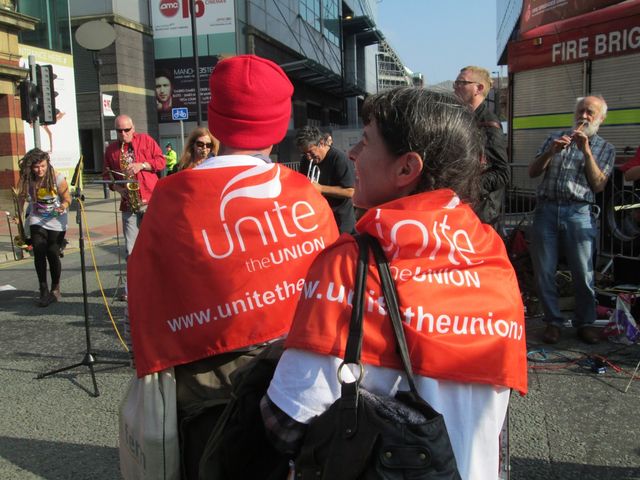 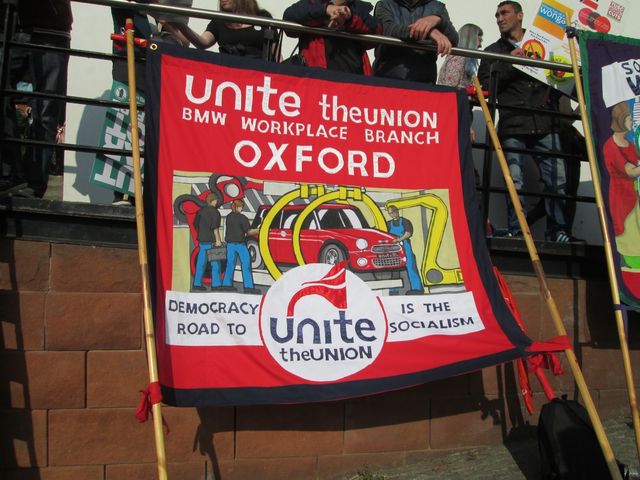 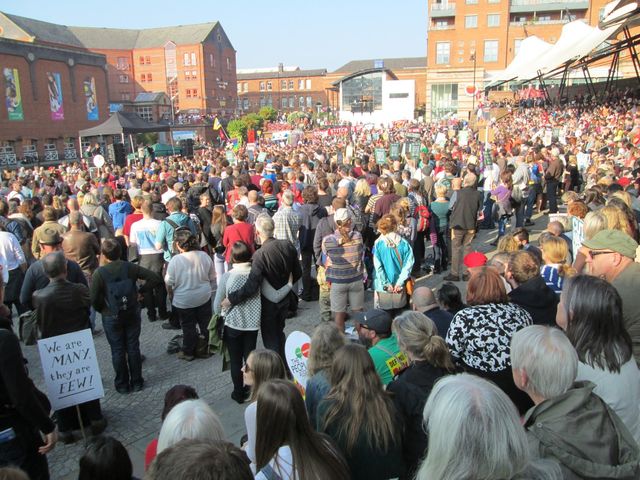 It is a truism that the mainstream press disparages or ignores demonstrators. But I've never seen the press so unanimous in presenting demonstrators as abnormal, thuggish, Other. The only photographs are of people raising their fists and chanting, so that their faces look distorted. Those, and numerous photos of the single Tory who got egged.

This is a demonstration that to my knowledge included teachers, junior doctors, ambulance drivers, fire service workers, local government officials, parents of disabled children, support workers from a local homeless charity, paralegals, junior barristers. Those are just the people I know, or know of. Of course, none of the press interviewed any of them.

There were also travellers, disabled, unemployed people and others who are so victimised by Tory policies that their natural response to the sight of a Tory delegate could only have been a mighty roar of rage. But nobody got much chance to disturb the Tories at their deliberations, because the police had arranged the route of the march so that it steered well away from the conference centre. In previous years, demonstrations have gone right past the entrance.

My guess is that the corporate media demonised the demonstrators out of fear. That fear can be summed up as: Jeremy Corbyn. It is not about whether he will succeed as Party leader, or make Prime Minister, it is simply what he stands for. He has given hope to a lot of people that they can now turn the tide against the privileged elite who have been laying waste to their lives for the past 6 years.

I'm not the only one to think so. At the rally at Castlefields at the end of the march, Mark Steel, comedian, talked about the Establishment being put in fear of a man "who rides a bike and cultivates an allotment" on account of the values he stands for. But it was refreshing that the rally wasn't entirely on the theme of 'let's wait for the Labour Party to get into power' as so many such rallies are. The speakers were not entirely drawn from the range of Usual Suspects either. They included Natalie Bennett, green Party leader; Steve Sweeney, Morning Star; Kay Hutton, CND; Charlotte Church, singer; Julie Hesmondhalgh, actor; the Bread and Roses choir; John Rhys, Stop The War Coalition; Paul Nolan, assistant general secretary of the TUC; Dr Altas Alkulidi, Muslim Society of Great Britain; David Ward, People's Assembly; Owen Jones, People's Assembly; Anita Wright, National Assembly of Women; Matt Rack, Fire Brigades Union; junior doctors, 14 of them; Mark Serwotka, PCS union; Annette Wright, Manchester Trades Council. At least half of these talked about, not 'waiting for Labour', but of people taking direct action to oppose the Tories. Now, that's what should really scare the Establishment.

(Photographs and video footage on

http://www.meanwhile2015.blogspot.com/ I couldn't get them to post on the Indymedia site.)
[EDIT: Images added from