The violent fascist thugs of the EDL are linking up with their Hitler-loving chums in the National Front this Saturday to intimidate attendees of the refugee solidarity event happening this Saturday in Folkestone. Despite continued denials that the EDL have become a full-blown neo-nazi organisation, they have agreed to participate in a joint protest with the 14 words Southern branch of the National Front, their aim to violently confront Folkestone United campaigners. Antifascists, turn up to defend them from fascist thugs! 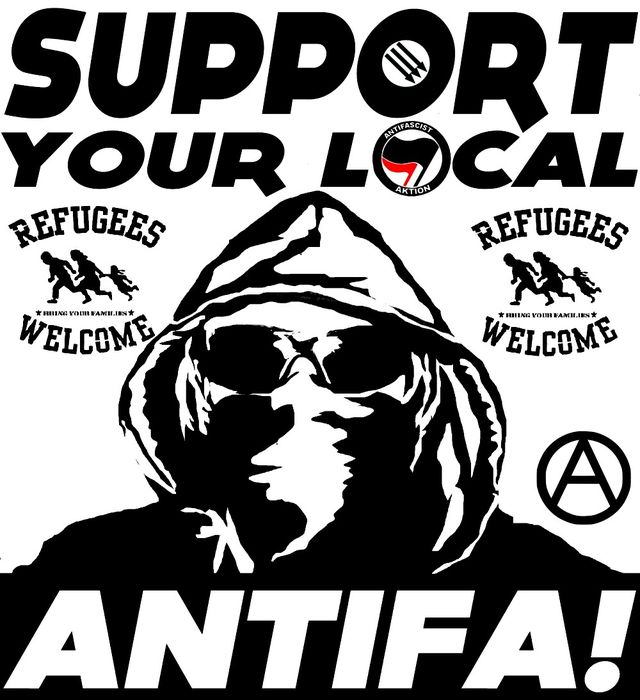 This Saturday at 11am onwards, there will be an anti-racist protest at the media's scapegoating of refugees entering Britain via the Channel Tunnel trains, showing a public sympathy to the plight of asylum seekers that is overlooked by Sky News, the BBC and the tabloid newspapers who have all portrayed refugees fleeing danger with crass negativity and stereotyping. This protest supports the rights of the oppressed, and stands in solidarity with migrants who died trying to cross the channel.

In response, the Islamophobic EDL have gone all-out anti-immigrant, in linking up with the southern faction of the national socialist, white supremacist National Front. This combined set of racist thugs will be getting drunk from the early morning onwards, and will be terrorising local humanitarian campaigners, and if they get an opportunity, using violence, boots and fists. They will be lurking around the train station and throughout the area. Everybody needs to be vigilant, and if necessary, the fash thugs need to be flushed from hiding.

ANTIFA groups must be there from the early morning to protect Folkestone from the nazi thugs of the EDL and National Front, to ensure the pro-refugee demo goes ahead safely, as the police cannot be relied upon to do so. The EDL are trying a similar action in North Shields. If you are not opposing them there, come down to Folkestone to defend refugee campaigners, including women and children from the jackboots of fascist intimidation.

As the brave volunteers in the Spanish Civil War from Kent and the rest of the UK wholeheartedly proclaimed, "NO PASARAN"......