On 31st October at 4pm there will be the usual Halloween Demo at EDO arms factory in Brighton. 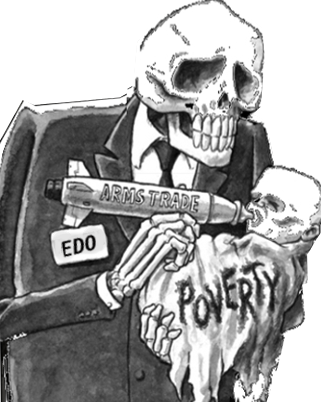 We will be demonstrating again on 31st October, 4-6pm, at the EDO arms factory, Home Farm Road, Brighton. Dress in Halloween costume and bring some noise (musical instruments, pots, pans)!

Millions are killed every year in military conflict, from the more-than-a-decade occupation of Afghanistan, which has brought nothing but death and turmoil to the people of the country, to the Israeli state occupation and apartheid against the people of Palestine to the US’s covert drone attacks in Pakistan, Yemen and Somalia. Military companies are benefiting from these bloody conflicts while the net result of all this is to maintain the current status quo — global domination by a handful of capitalist states.