despite a police ban, more than 2000 protestors marched to wood green in north london on saturday night as news was coming in of massive repression in istanbul 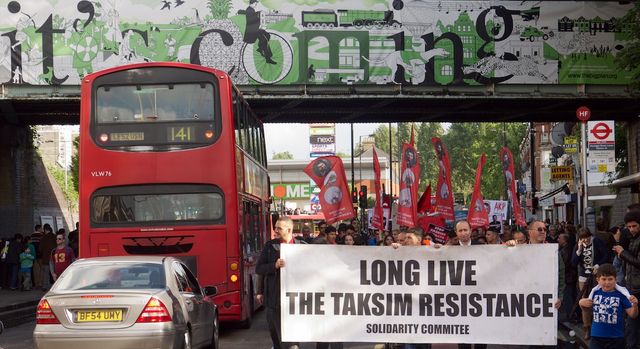 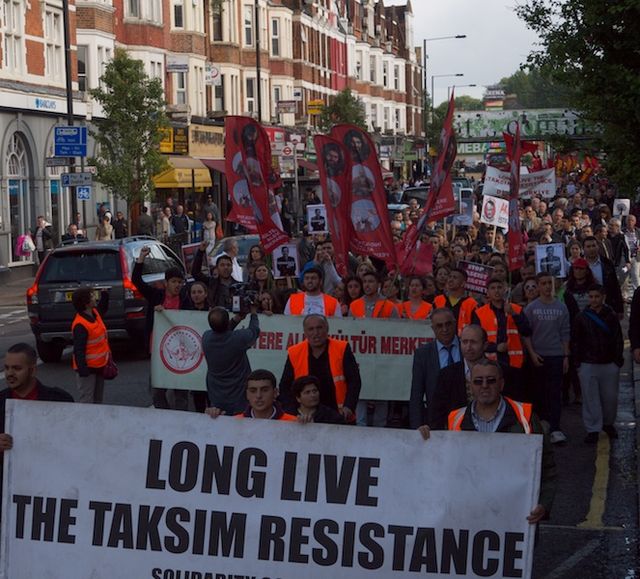 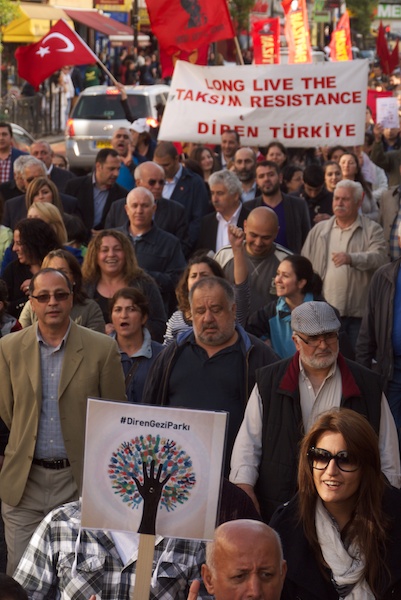 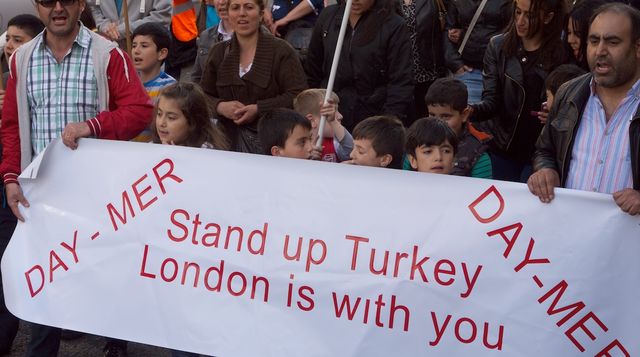 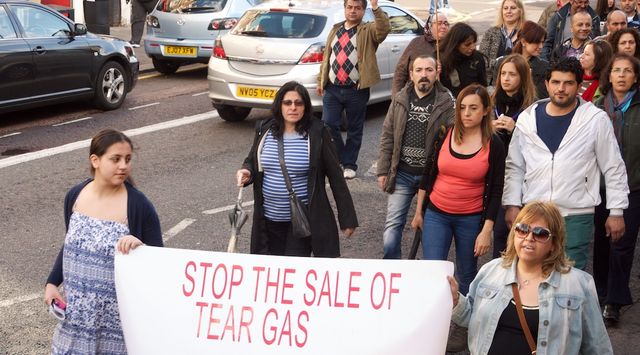 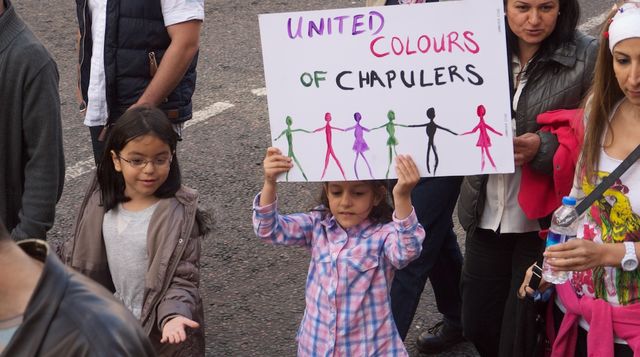 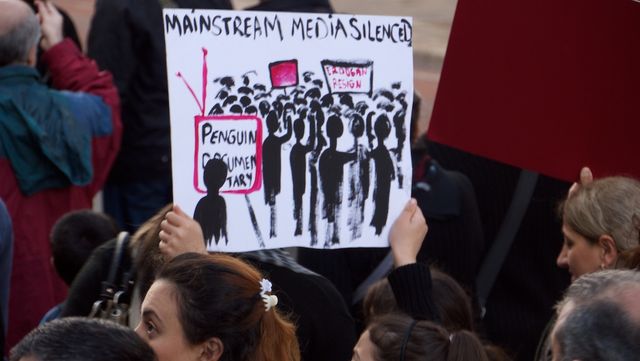 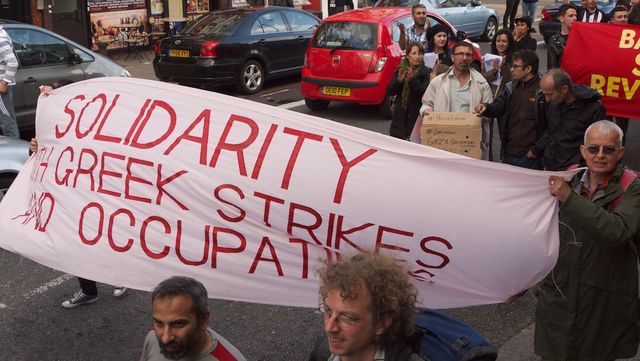 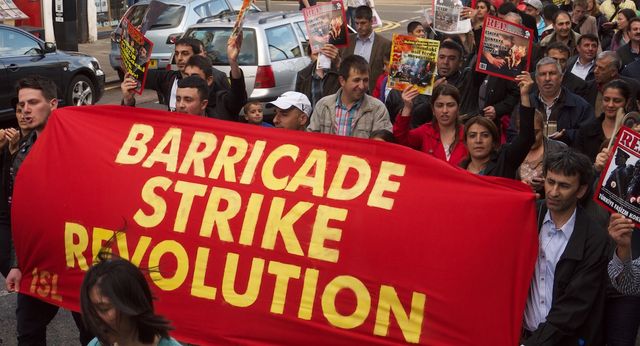 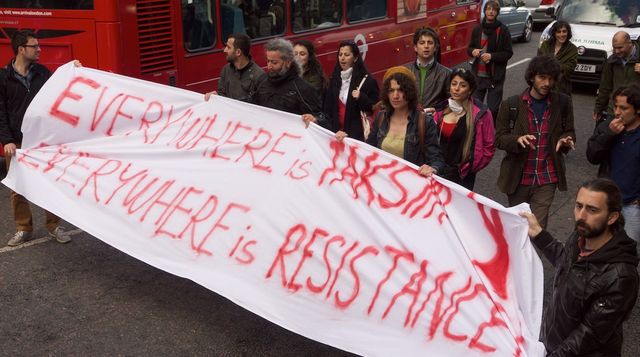 organisers dealing with the police in harringay were told that a planned solidarity march in north london would not be authorised.

they went ahead anyway, and at 5pm on saturday evening more than 2000 people assembled with banners, pots, pans and whistles at manor house. their own stewards expertly redirected traffic without incident as they marched the length of green lanes and through wood green to the civic centre where they held a rally listening to speeches from various turkish organisations and other supporting groups.

bizarrely, the police were completely absent. not one cop in sight, and despite the numbers, the march passed with the minimum of disruption and of course completely peacefully.

by contrast, all week, police have been 'facilitating' protests in london by violently pushing much smaller groups out of roads, and seriously disrupting the west end traffic with convoys of riot vans to repress small groups of people following a bicycle sound system.

it is clear that over-the-top repressive policing leads to conflict and a massive waste of resources, on a small scale in the uk and on a massive scale in turkey.

my heart goes out to the people of turkey who have been facing chemicals in the water cannons, as well as tear gas, plastic bullets and totalitarian repression from the authorities. the day-mer group in london have released the following contact details and ask people to send protest messages immediately: