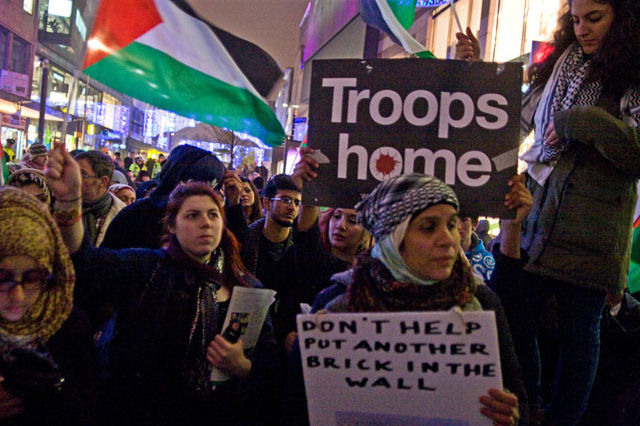 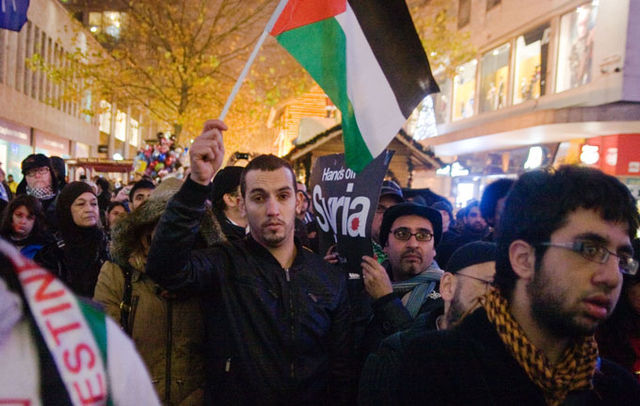 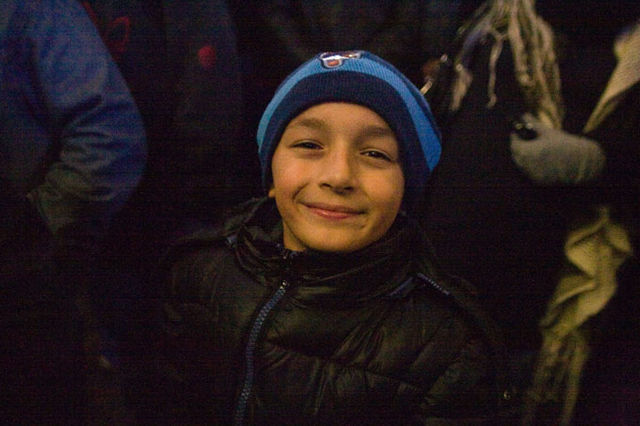 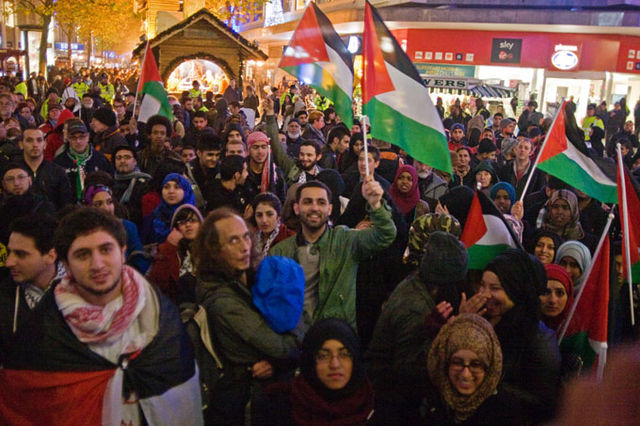 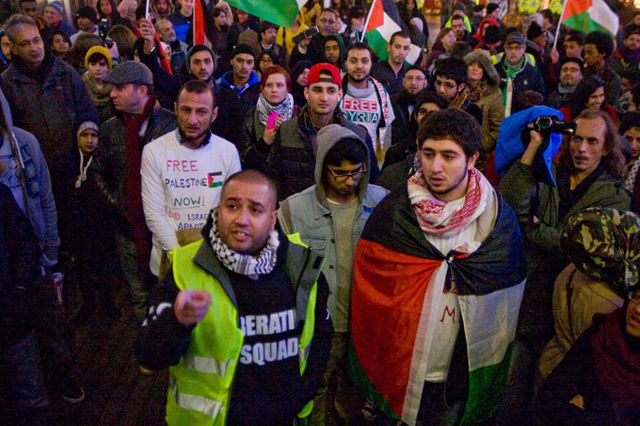 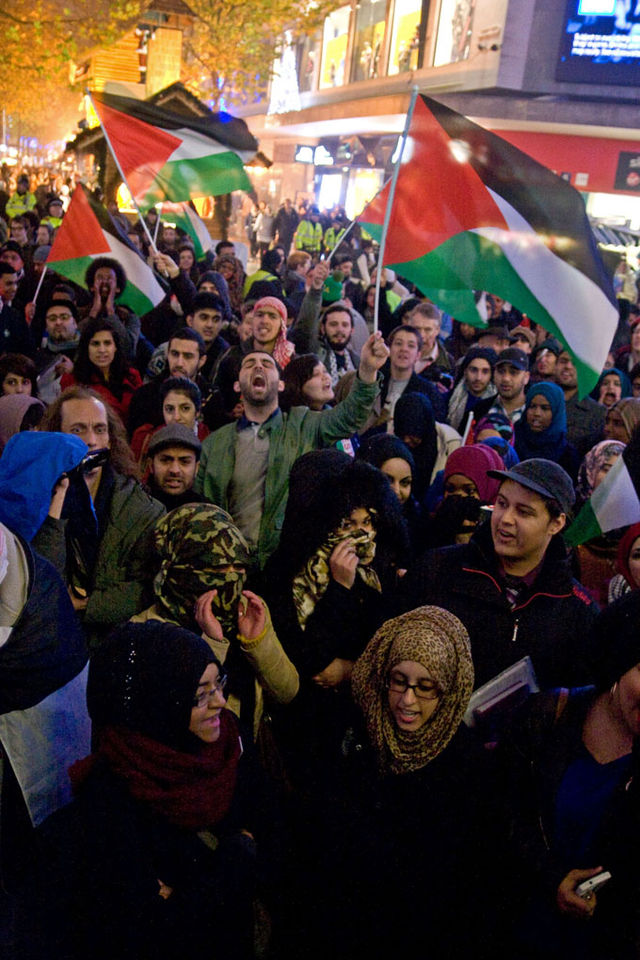 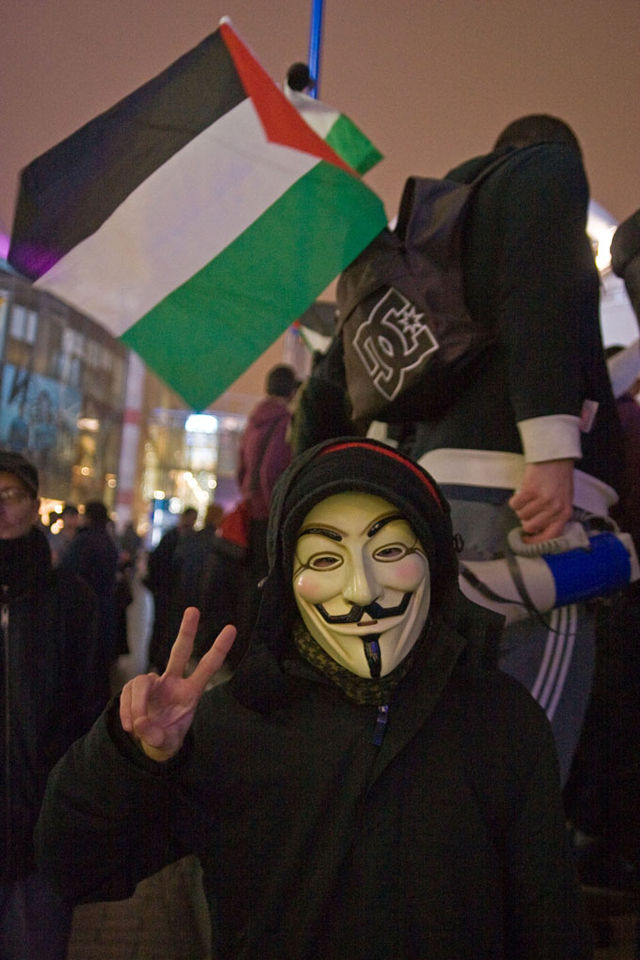 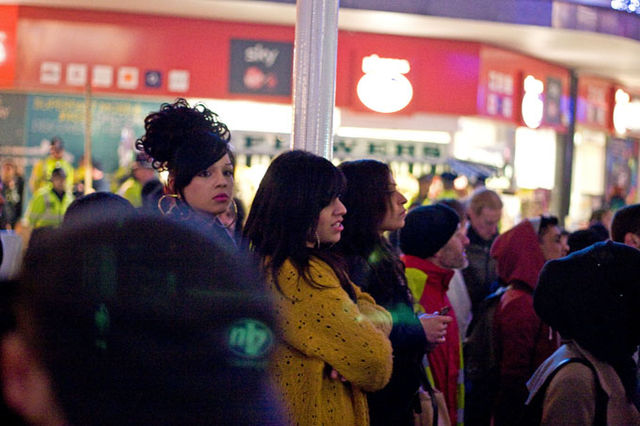 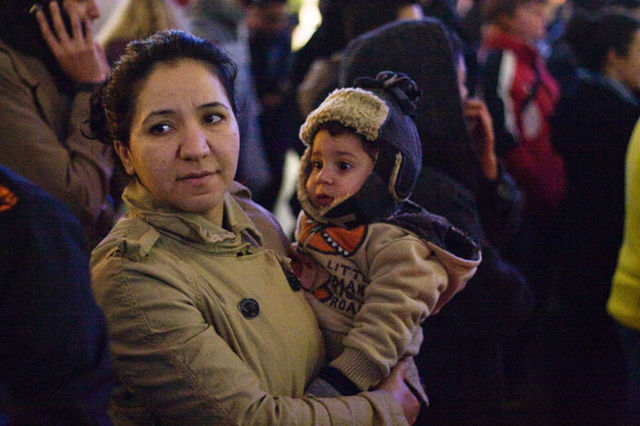 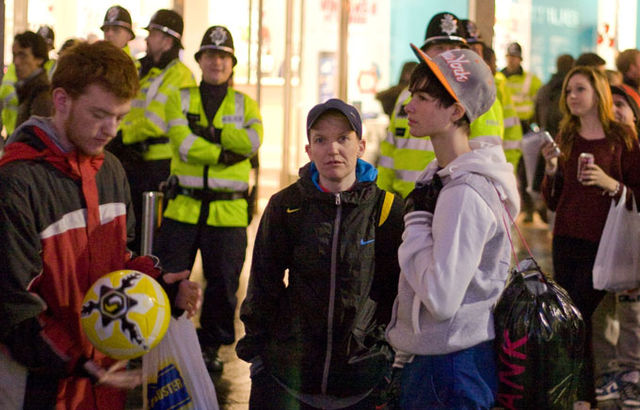 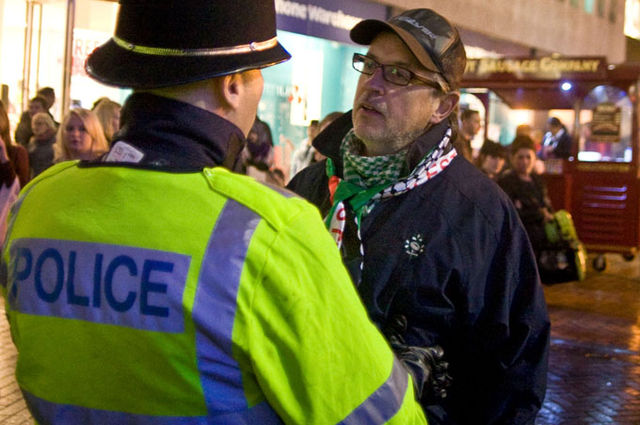 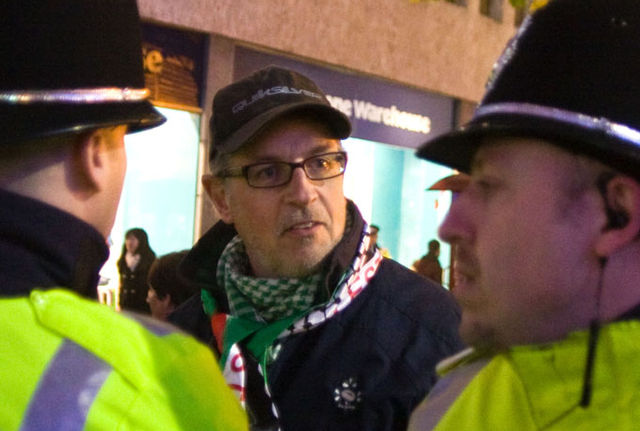 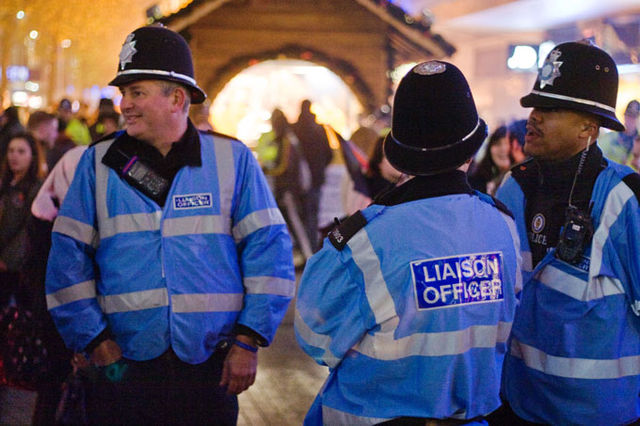 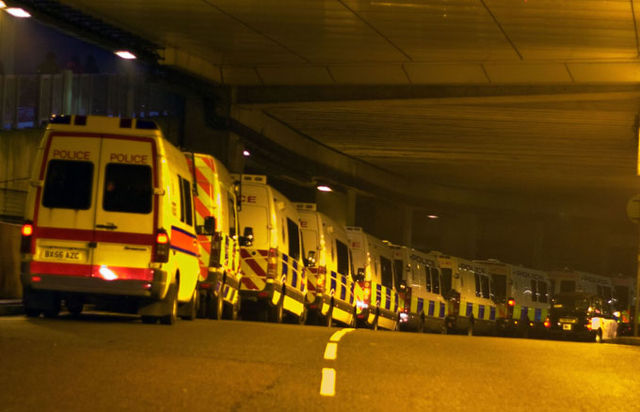 A large number of protesters gathered for a peaceful protest rally opposite the Rotunda in Birmingham's city centre, condemning the Israeli bombing of Gaza and calling for the British government to take action.......some hope.......

I noticed one of the city's 'new' liaison officers, bore a remarkable similarity to an officer who had 'kidnapped' a protester at the Hippodrome Batshiva Dance Demo two nights ago
(15th Nov)

As the demo dispersed, it was pointed out to me, that there were rather a large number of police vehicles discreetly parked along the Queensway tunnel, that runs under the Bullring
Speakers included MP for Northfield, Richard Burden, Kamel Hawwash and Shamam Murad. 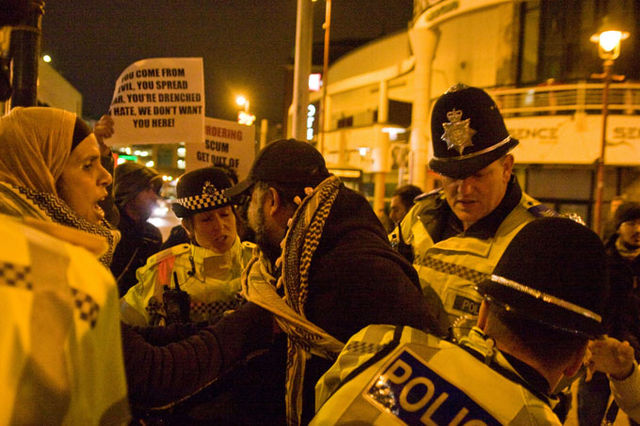 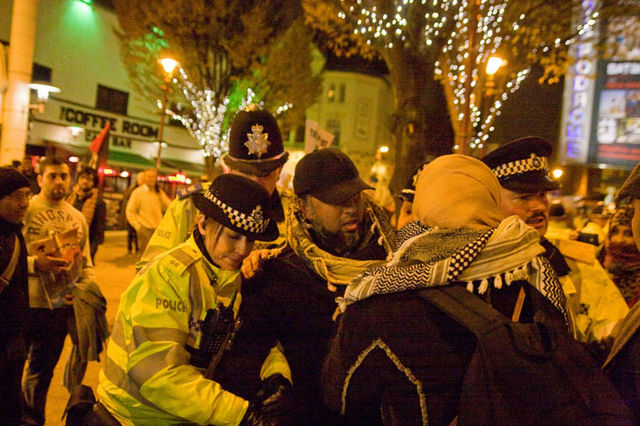 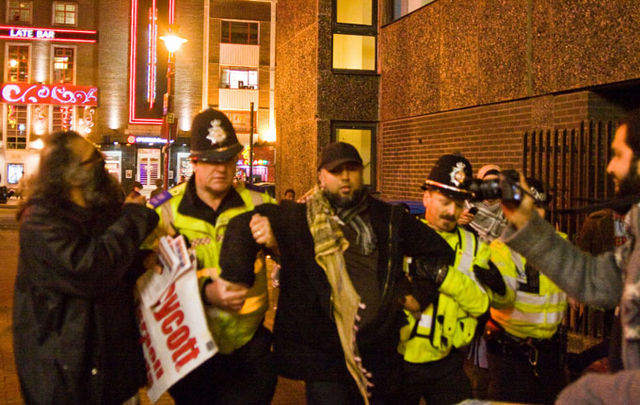 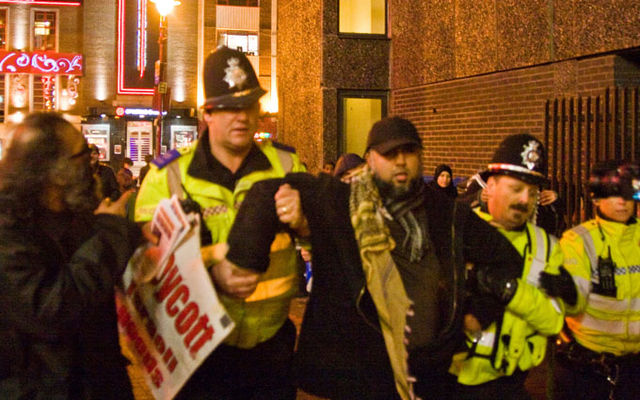 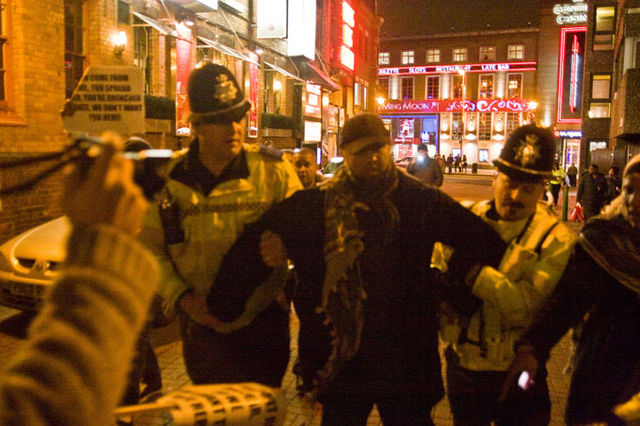 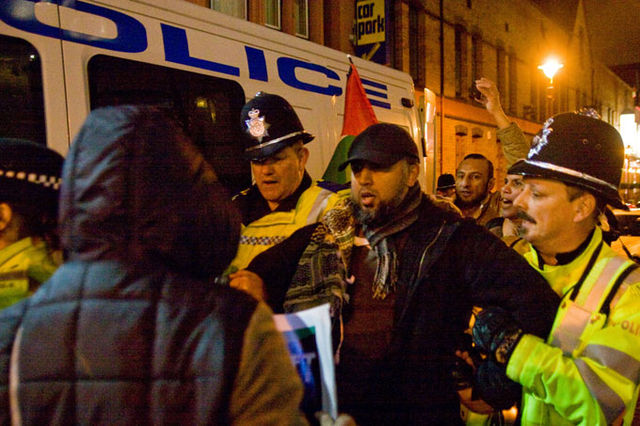 I should have made it clear the arresting officer I alluded to, was not in any of the 'Bullring Protest' photos published in the story above
The cop is the one on the right in the final three Bashsheva photos with a moustache
It prompted the Chronicle to publish this downright lie

I have spoke to a number of witnesses who refute this story, those who waited at police station till the protester was released and others who were told at the scene by police that the protester was not arrested but removed to stop a situation from escalating???