Smash EDO have called for three months of direct action to close down EDO MBM - From 1st May to 1st August 2012. 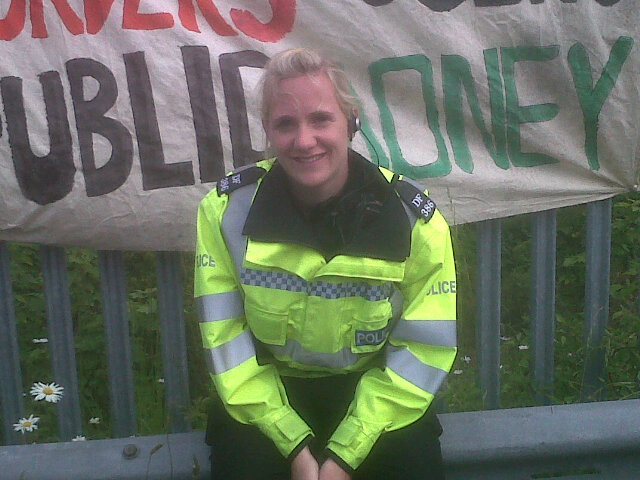 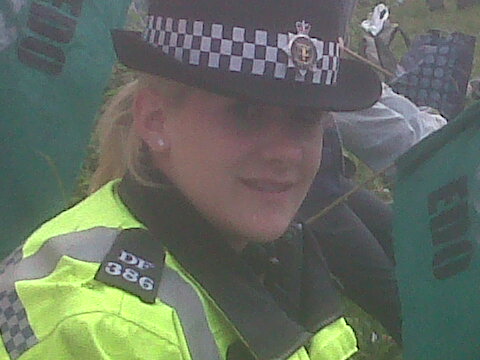 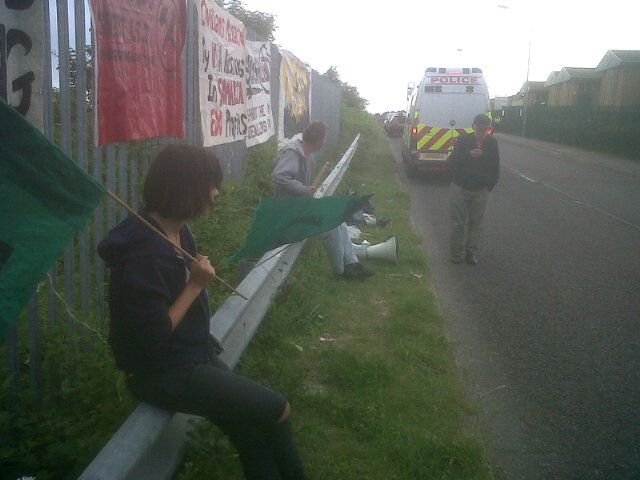 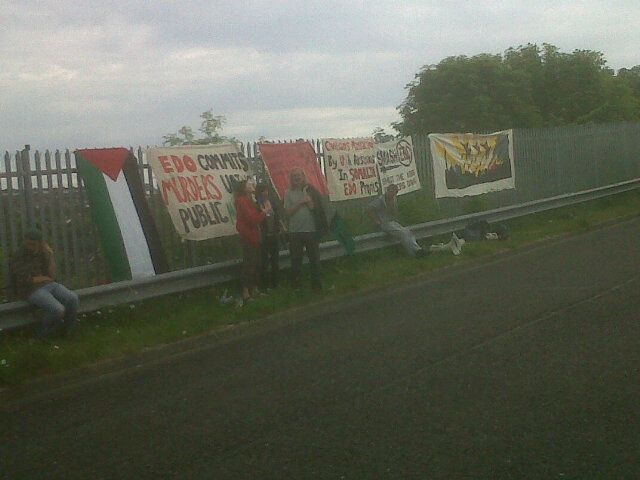 On Wednesday Smash EDO held a noisy demo outside the arms factory against the threat of an attack by the US and Israel on Iran as part of week five of the Summer of Resistance.

Sean Mcdonald, for anyone who doesn't already know, has been the officer charged with monitoring of protest campaigns in Brighton, particularly the Smash EDO campaign. He has carried out his role with sociopathic gusto, finding out personal details about participants in the campaign through 'friendly chats' and through trolling sites like Indymedia. This information has been used in court case against Smash EDO campaigners and also in an attempt to get campaigners to lose their cool. Mcdonald delights in winding activists up in the hope that they will snap and do something for which he can nick them.

Franks was at the demo on Wednesday trying to ingratiate herself with activists and, when people refused to talk to her, sat hopefully with the demonstration (looknig markedly uncomfortable)

You may well see Stephanie Franks this weekend if you attend the June 4th Don't attack Iran demo or the UK Uncut street party. Be wary of her...

The Sean Mcdonaldesque information gathering tactic of placing outwardly friendly and chatty officers on demonstrations to glean info from the participants seems to being expanded to other forces, it was seen at UK Uncut's street party outside Nick Clegg's house last week. Don't be fooled