Interview with occupiers
At a little after 1pm today (16 March), 20 people occupied the headquarters of the Oxfordshire Primary Care Trust to protest against the government's plan to scrap the NHS.

One of the occupiers, Larry Saunders, described the bill as “the most destructive bill in a generation” adding that it is not too late to “keep the battle going”.

Larry said that they had received a “sympathetic reception” from staff at the Primary Care Trust, adding that most GPs in Oxfordshire – the alleged beneficiaries of the bill – had come out in opposition to the bill. There has also been wide ranging support from over anti-cuts and save the NHS campaigns from across the country.

The police and security staff have been less sympathetic, and have been trying to persuade the occupiers to leave. They have refused to do so because their protest is legitimate and non-violent.

There will be a solidarity demonstration with the occupiers at 5pm today at the Primary Care Trust Headquarters:
Jubilee House
5510 john Smith Drive
Oxford Business Park South
OX4 2LH

The occupation was organised by Oxford Save Our Services, Oxfordshire Anti-cuts Alliance, Oxford Keep Our NHS Public, and the Solidarity Federation.

Oxford Save Our Services: 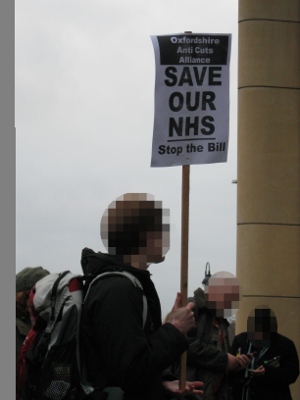 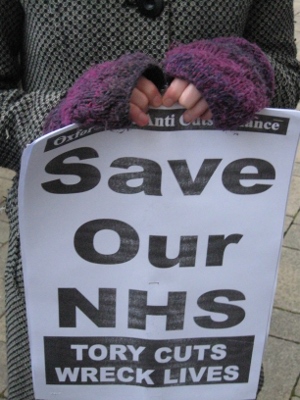 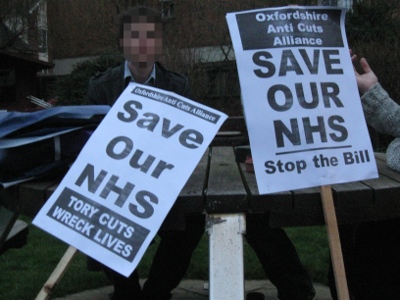 Sorry for the late posting