No Borders North East organized a demonstration on the 19th of December 2011 at the UKBA (UK Border Agency) Northumbria Building, in North Shields, UK. 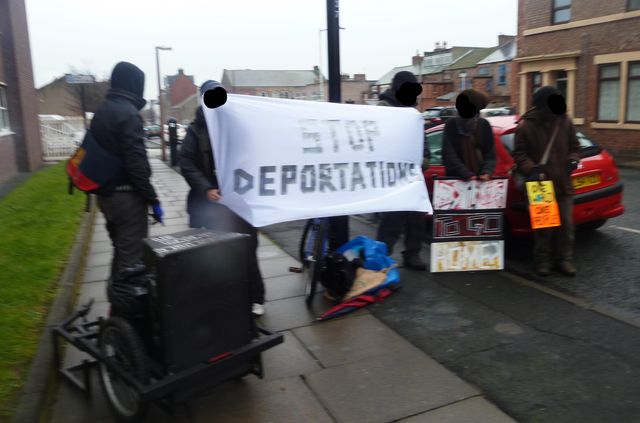 They raised awareness towards a Charter flight, which was later due to depart that day and the questioning of forced removal exercises being used within the organization itself.

Deportation "Charter" flights are when immigration authorities charter a whole aircraft for a deportation. They are generally used for mass deportations however there have been a number of cases where a whole plane has been chartered in order to remove an individual or family who are thought to be particularly 'disruptive'.

After demonstrating outside, activists then attempted to directly contact UKBA staff that had the authorization to determine the flights departure.