It has come to the attention of a number of squatting campaigners that there have been a number of physical attacks on squats and squatters in the past few weeks. While intimidation and harassment by bailiffs, the police, nut-jobs and private security are nothing new in the squatting world, a couple of physical attacks by “groups of hoodlums” should be brought to people’s attention. The co-ordinated nature of these attacks points to property developers/ owners employing illegal methods to keep their properties empty. 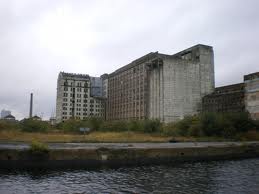 Empty Buildings for All

The first happened in Hull, and involved a group of men with baseball bats, crowbars and a dog breaking into a squatted building and attacking the people in the house. The attack happened three-hours after the Hove-based property developer, Stranmede Limited, discovered that their derelict “development” property had been occupied.

The second attack happened in North Greenwich, London on the 20th November. Below, a statement of what happened from someone who was staying in the squat at the time:

“I was staying with my friends in beautiful small school in Commerell rd x Blackwell lane. This house is hidden in the middle of an unused area and was suffering minor attacks (mostly during the day by local youths) for about 2-3 weeks. It got serious last Sunday (20nov.), when a group of thugs attacked us with big kitchen knives (around 11pm).They where extremely valiant and appear almost "from nowhere". They where on the roof (its plexi glass), and where trying to force the gate (we where surrounded by 3m high fence with spiky wire) shouting and threatening us. Police arrived very fast and they didn't manage to get in. They come back at 3am. Once again police arrived fast. They came back Tuesday evening (this time just on the roof), and then 3 hours later set on fire destroyed (by local youths 2 weeks earlier) building occupied by homeless. We had enough and decided to move out yesterday […] but it's really deserted area, and we started to feel too stressed to go out after dark […]. I know that on saturday night they attack squatted community centre round the corner and stabbed and beaten up some people.”

The close association of property development and organised crime should not underestimated (almost 40% of development land (ie derelict buildings) in London is held by “unknown owners”), and using local gangs to take on the dirty work may be an increasing trend (check out the London Street Gangs site

http://www.londonstreetgangs.com/ for non-State information from real people). With the current attempt by the government to criminalise squatting, property developers are obviously taking the initiative to utilise underhand techniques to scare squatters (since they’re only criminals, right?).

Please note to all those enraged by the “anti-squatting” hysteria generated by the government and MSM: those people who have been genuinely displaced from their homes (and can prove it) can declare themselves Displaced Residential Occupiers (DRO) or Protected Intended Occupiers (PIO), meaning that you can ask the trespassers to leave, and if they don’t, they are committing a criminal act. You may call the police and have the trespassers removed. This is covered in the Criminal Law Act, 1977. However, the government has been trying to cover this fact up, as 160 lawyers highlighted in the liberal-luvvies digest, the Guardian:

SQUATTING is still LEGAL. Those who force entry with a Section 6 on the door are committing a criminal offence! If you do find yourself the victims of attack, abuse, or harassment, please inform the following bodies: