Our Society is Bigger than Yours: Squatting and the Wider Political Rumblings

Despite the attempts of Tory backbenchers to delegitimize squatting, and divide it from the issue of homelessness, the two remain inextricably linked: un-met housing needs, a supply of empty property, and squatting, go hand in hand in hand. But that’s about as far as the generalizations go; squatting is both a means and an end, and the ways that different individuals and groups put squatting into practice varies enormously.

The goofy arrival of Cameron’s Big Society, which provides us with a nice neighbourly back pat to see us through the cuts, and which gives us a sense of ‘involvement’, might lead one to think squatting could have even been embraced by the Con-Dem dogma. Would it not have fitted snugly in with “the spirit of activism, dynamism, people taking the initiative, working together to get things done”? [David Cameron, 2010 conference speech] For better or worse squatting was not invited in for tea and cake and I expect this is because, like the student movement, like those protecting the right to protest, like those preparing to take industrial action on the 30th, like all of these groups, squatting is political in a way that the Big Society is not. 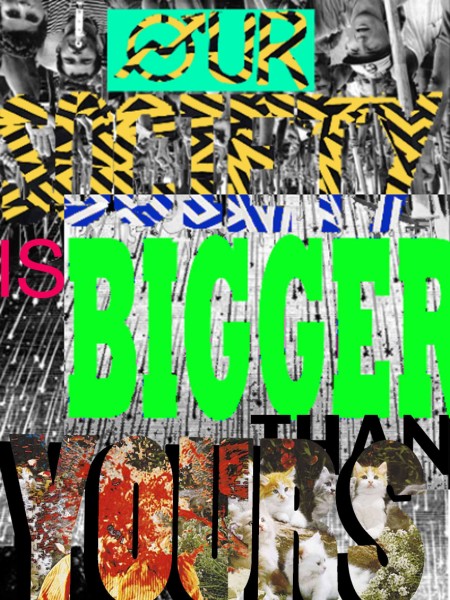 A bluntly repressive approach seems to be underway in dealing with any group who challenges the government and its model of economic governance. First, protestors are hit on the head until they go away. Then in April we saw a wave of pre-emptive police raids on squats and numerous internet networking pages closed because the queen or whoever got ants in their pants about the royal wedding. And now, they would like very much to criminalize everybody. Squatting potentially faces criminalization, but this will be alongside a raft of other things that will affect our rights and ability to protest and take action. Like John McDonnell made clear here, it is incredibly important that we all recognize that this is the same struggle.

In a campaign to save squatting, the issue of unmet housing needs will invariably be brought to the foreground: it is the key area of common ground for squatters, and it is an issue that the government cannot shy away from. But squatting is more than just a critique of inadequate housing; indeed, if the aims of the movement were simply in better housing provision it would be much more susceptible to state tactics of integration and co-optation. The problem for the government is that squatting is more radical than this: inherent in its actual practice is the contestation of private property rights, a priority that Cameron is unlikely to get out of bed with.

Because it is so incongruent to our government and a capitalist strategy, yet persists within it, squatting provides us all – not just squatters – with a resource by which to negate the system that is causing us so many problems, and simultaneously demonstrate alternatives. Whether it’s the student occupations of our public institutions that are being privatised, and the new forms of organising that have gone with them; whether it’s land projects like Grow Heathrow, who succeed in disrupting the encroachment of BAA onto local communities, whilst opening up new potential for food autonomy; whether it’s convergence spaces that allow different groups to meet, discuss, and take action without the limitations they might face if they were to organize through more conventional channels; whether it’s projects like the Really Free School, who created the platform for both debate and action in and around the anti-cuts movement; or whether it is simply (but crucially) a mechanism to afford individuals and groups more autonomy in deciding how to spend their time and resources: these spaces are vital for all of us in the battle for real social change.

It would be advantageous, if we are to keep the plethora of different campaigns and groups of resistance as united as possible, if squatting, alongside all the other modes of protest, does not become criminalized. Our power lies in our dynamism, but this same asset also allows our enemies their most obvious means of repression: to divide us and then delegitimize the bits they don’t like. Undoubtedly these bits will be the ones that provide a critique beyond social reform and challenge the actual premise from which the cuts emerge. Some people are averse to breaking the law, and a new raft of legislation attempting to put a whole new swathe of activities outside of the law would both deter people from getting involved, and potentially fracture and delegitimize what we have now.

SQUASH (Squatters Action for Secure Homes) is a campaign, working in conjunction with homeless charities and other organizations to challenge the new legislation against squatting. Read their Parliamentary Briefing and get involved via www.squashcampaign.org/

Or /and, if you are a squatter and want to take action, come down to squattastic. It might not be in your area but get in touch anyway because it would be great to start going regional.

A G Schwarz talks about the value of occupied spaces. The delirious momentum of the revolt is worth reading.

Academic studies on Squatting are few and far between, especially in the U.K. If you are doing research or a PhD or anything in this field get in touch with the Advisory Service for Squatters, or info@squashcampaign.org and it would be very much appreciated. Hans Pruijt has written some really interesting and useful stuff around squatting, like Is the institutionalization of urban movements inevitable? Thomas Aguilera has written about squats and slums in Paris, and talks about projects such as Jeudi Noirand Droit au Logement. You can read his paper here.

This content is published under the Attribution-Noncommercial-No Derivative Works 3.0 Unported license.