Following the example of their Tunisian counterparts, large sections of the Egyptian working class are demanding the end of Hosni Mubarak's US-backed dictatorship. After yesterday's national day of action, which saw thousands taking on police in the streets of Cairo, the dictator's son has reportedly fled for Britain. 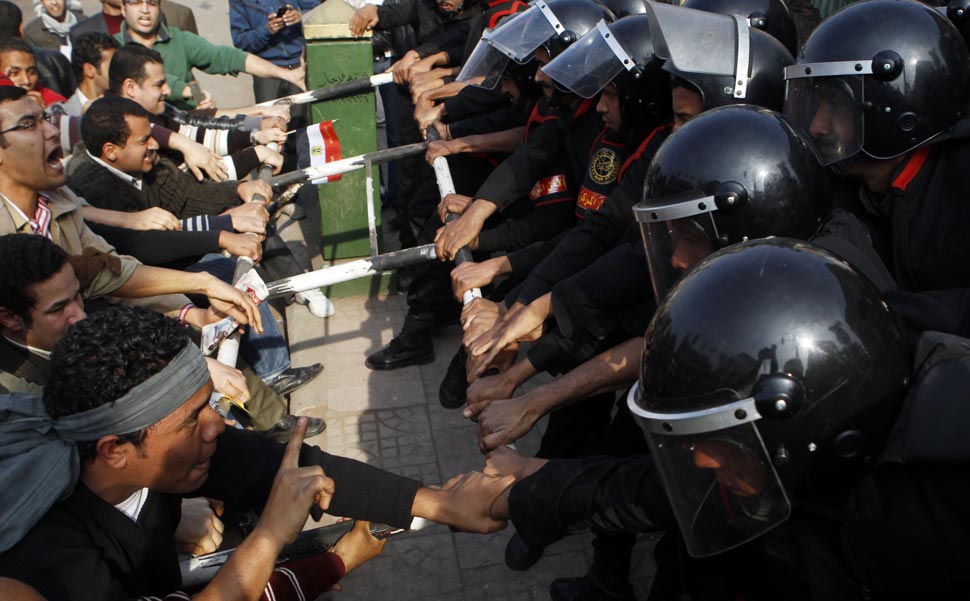 Since the Tunisian uprising cost Zine El Abidine Ben Ali his throne nearly two weeks ago, local elites and financial markets have been shaking with fear that a similar fate awaited Mubarak. The long time ally of US imperialism presides over a society that is arguably even more starkly divided than that of Tunisia.

Just like in Tunisia, recent WikiLeaks revelations provided damning evidence of the government's complicity with US foreign policy. In the case of Egypt, the leaks have confirmed how the Egyptian state worked with the US and Israel to effectively imprison Palestinians in the Gaza Strip. This added fuel to the fire inherent in an economy where more than 40% of the population live on less than two dollars a day, and over 20% do not even have a dollar a day, while food prices are rising dramatically.

In the run-up to yesterday's events, there was a spate of Egyptian self-immolations, in apparent imitation of Mohamed Bouazizi, whose suicide by burning catalysed the Tunisian movement. The date of 25th January was largely set online, where Egyptians used Facebook and Twitter to organise their protests. In the event, four demonstrators were killed and many more were injured, as riot police and paramilitaries attacked people chanting "bread and freedom", amongst other anti-government slogans.

Though the new Egyptian movement wants an end to the Mubarak regime, Tunisian demonstrators are quickly learning that removing politicians from the top of state structures does not equal fundamental change to the capitalist 'order'. The toppling of Mubarak would be an event of world historic proportions, but just as in Tunisia, "[u]nless the working class organises to take over the running of the economy in its own interests, whoever hold the reins of political power will seek to make inroads" into any concessions. For his part, the leader of the nominal opposition is already distancing himself from the working class elements of the movement.