How to Help Indymedia Report the Wave Demo + Cop Out Action

Help report what's happening by sending your reports from the streets.

The Indymedia telephone numbers below are for informing Indymedia about what is happening around the Wave demonstration and Climate Camp "Cop Out Camp Out" on 5th December.

Your participation enables an accurate picture of the events to be reported on the Indymedia websites, and helps to create a timeline of reports (like this one from the taking of Blackheath Climate Camp in the summer 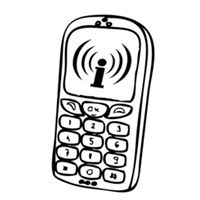 Indymedia only works through your participation!

There are two Indymedia reporting numbers:

08444 872 207: For calling in to record a short audio message that can be uploaded to the website as an mp3 or wav file (good for ad hoc interviews, soundscapes, recording speeches etc).

Twitter: If you are using twitter and have a specific report or update for Indymedia, include the hashtag #imc your message, others are also using #copout and #wave and other tags.

Think beforehand about the report you are going to call in or message, and try to be as accurate as possible.