Protest on both sides of the channel against the repressive and racist border regime. 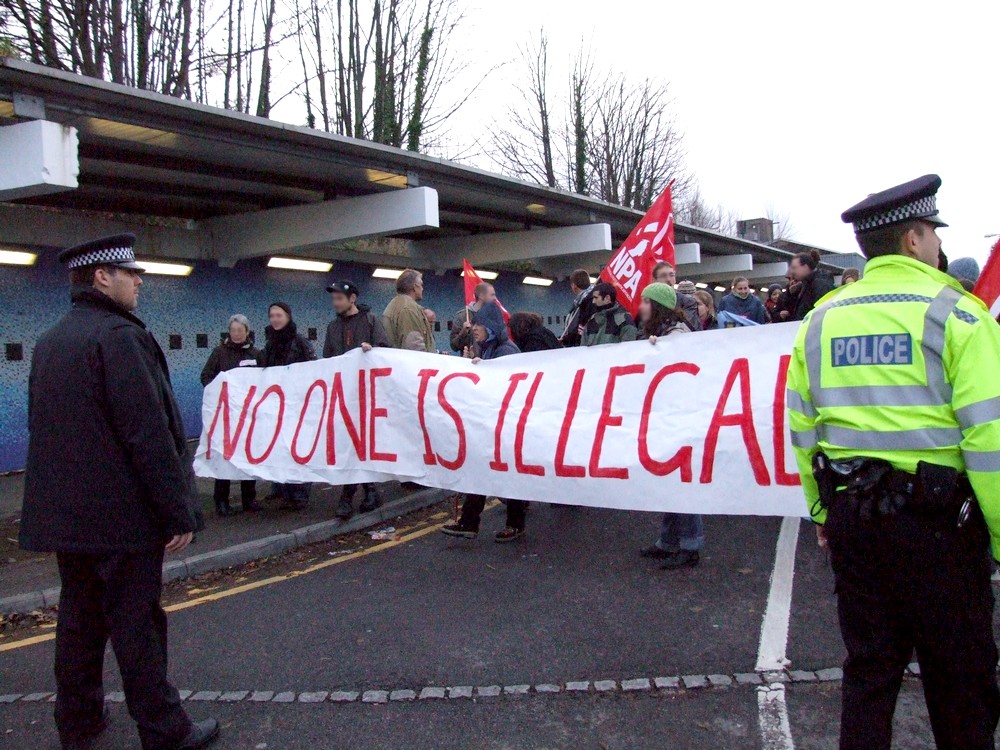 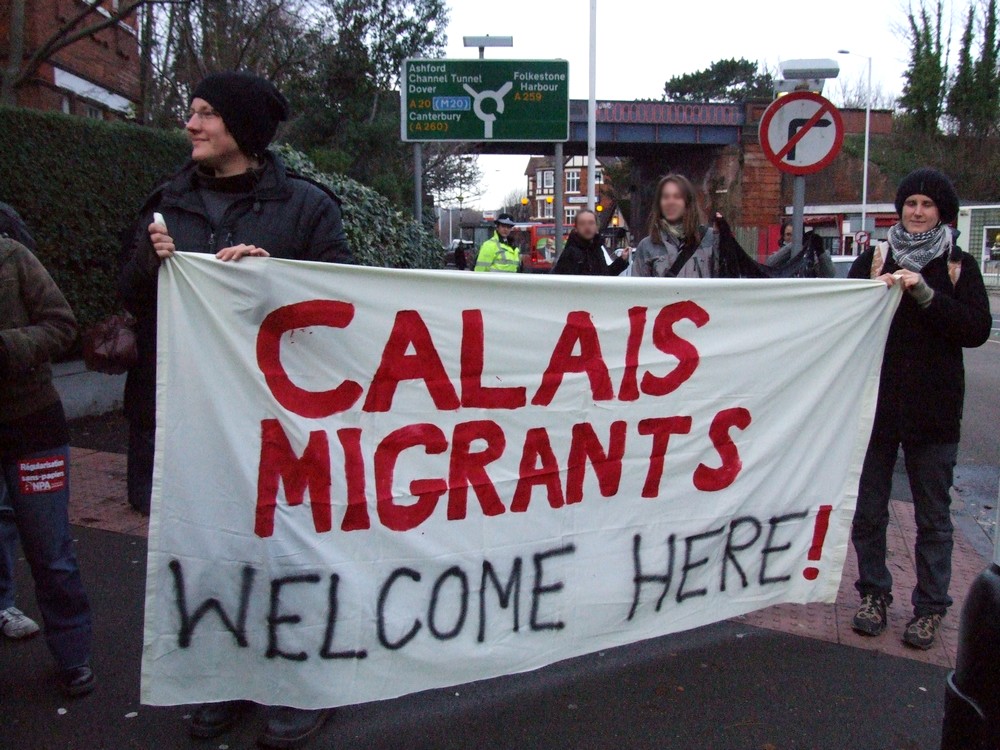 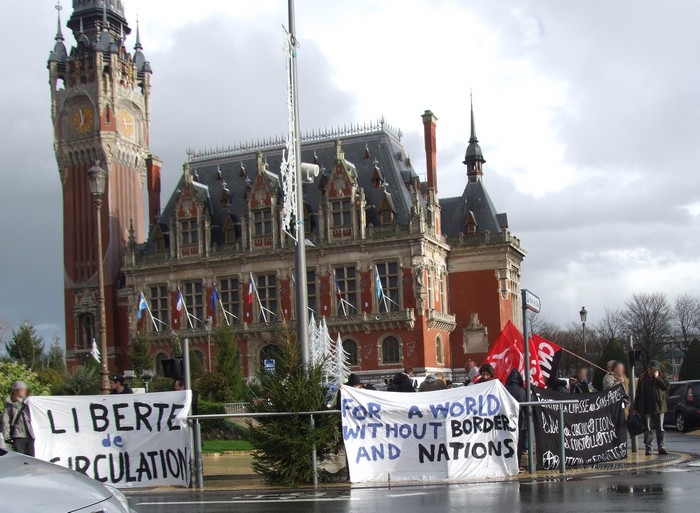 On Saturday 28th November 2009, despite a heavy presence of riot police in Calais, French and British solidarity activists staged a cross-channel protest from Calais to Folkestone. Over 65 activists from across France and the UK protested against the tightening of border controls and the collaboration between the French and the British authorities, which is creating a heightened humanitarian crisis in
Calais where hundreds of migrants now sleep rough and suffer constant
police abuse, after being stopped from entering Britain, and having their
homes in Calais bulldozed in September of this year.

The protest began at 10:00 local time in Calais, and in Folkestone the
final protest was held outside the newly built Joint Intelligence Unit,
which is a centre for both the British and French services who specialise
in trying to combat international ‘illegal’ immigration networks.
Activists from No Borders, Calais Migrant Solidarity, the CNT (National
Confederation of Workers) and the NPA (New Anticapitalist Party) all
crossed the channel; and future collaborations are planned for
mobilisations in Paris and Brussels. Police destroyed one banner
proclaiming 'No One is Illegal'. The protest was 'facilitated' by the
'European Liaison team', a special unit of police based in Kent, who
monitor activities on both sides of the border.

Another demonstration at Campsfield House detention centre saw 70
activists from different migrant support networks from the UK call for an
end to immigration prisons and a halt to plans to build the biggest ever
detention centre in England.