Video of the Colnbrook Blockade

on 12th May 2009, a dozen anti-deportation campaigners from the Stop Deportation network and the International Federation of Iraqi Refugees blockaded the entrance to Colnbrook and Harmondsworth detention centres near Heathrow, to try and prevent the mass deportation of 45 Iraqi Kurdish refugees held at Colnbrook via charter flight. Six activists locked themselves together, using glass and plastic arm tubes attached to heavy concrete barrels. The blockade lasted for over four hours, after which three coaches carrying the deportees left for an undisclosed airport. All six were arrested (two quite violently) for obstruction of the highway. 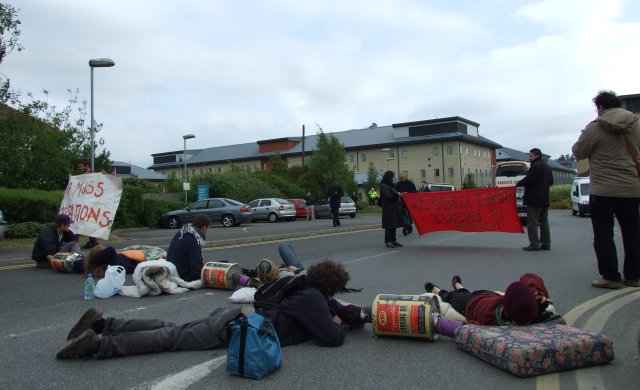 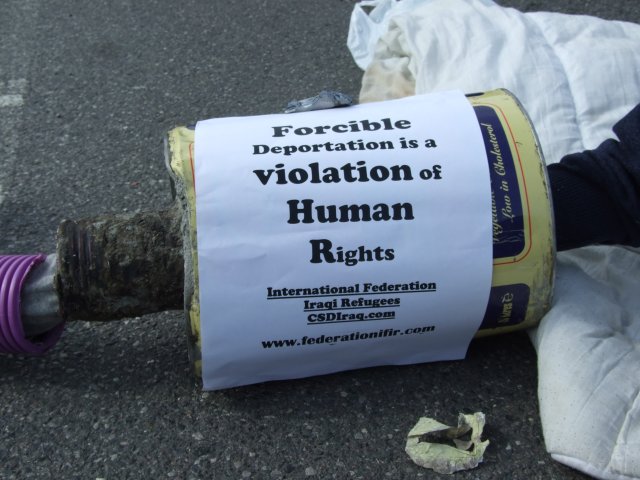 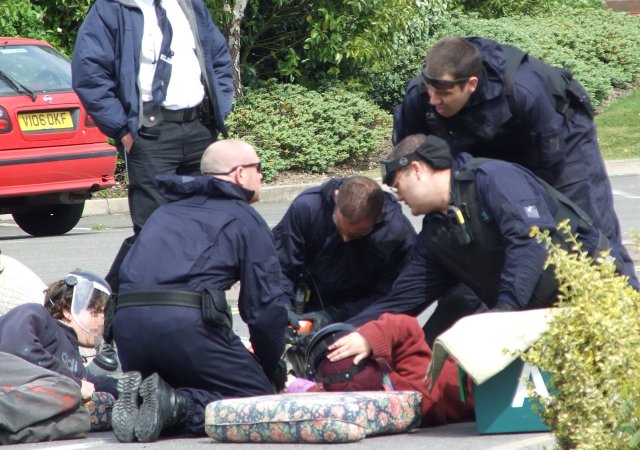 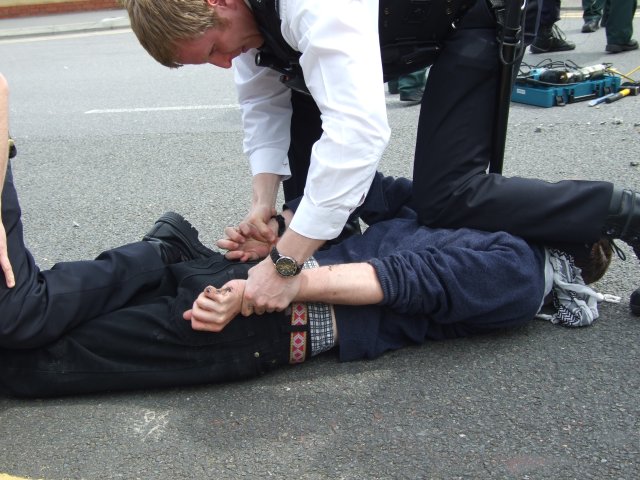 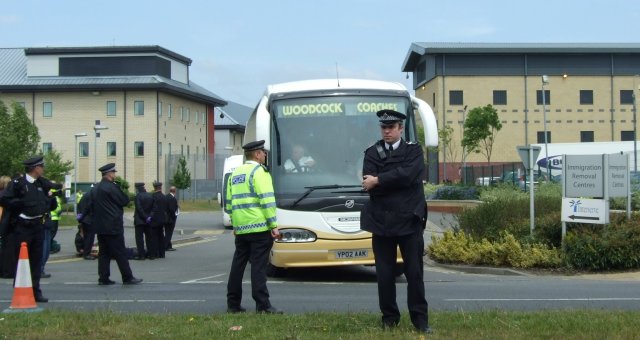