Breakdown of the rule of law

This article talks about the breakdown of the rule of law and government inaction on judicial abuse and corruption against a young bullied schoolboy forced to leave school as reported on Brisbane Radio 4BC to radio presenter, Chuck Brooks, in my published letters to the Editor of the Logan West Leader and Albert and Logan News, in international press articles including Mathaba Independent News Agency, Wall Street Journal, TodayUSA, Daylife, Newstin, Indymedia and many others. However, due to lack of press freedom in Australia, our ongoing ordeal is not being reported in this country. 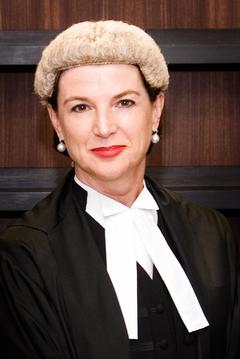 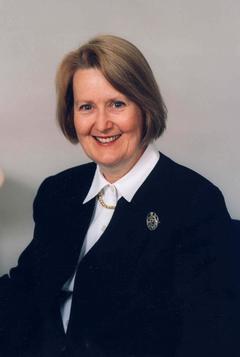 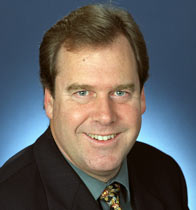 As I reported previously, my son was repeatedly denied independent legal youth advocacy like other children and adults, and our courtroom audio tapes and transcripts of hearings in front of Brisbane Supreme Court Judge Ann Lyons, Brisbane Supreme Court Judge Roslyn Atkinson, Queensland Anti Discrimination Tribunal (QADT) President, Jean Dalton QC and QADT Judge Robert Wensley QC, who is the brother of our current Queensland Governor, Dr Penelope Wensley, were repeatedly severely edited to deny us the evidence of judicial abuse and bias and in order to pervert the course of justice.

I never imagined the harrowing and sickening experience that lay ahead of us when I lodged a formal complaint with the Queensland Anti Discrimination Commission (QADC), which did absolutely nothing for about a year but wear me down with legalistic and adversarial documents and phone calls.

A top Crown Law Solicitor and Barrister acted on behalf of Education Queensland from the moment I complained to the QADC, but my son was consistently denied independent legal youth advocacy and equality before the law.

The QADC repeatedly told me that legal representation for my son was unnecessary. I never believed this to be true and consistently asked for an independent legal youth advocate as per the Rights of the Child and the ICCPR.

I was being buried under a growing paper mountain of complicated legal documents and then there were the exhausting and frustrating phone calls and endless futile and time wasting conferences, which I was forced to attend with people who did not care about young children and their welfare at all.

From the outset we were not in a genuine human rights complaints process which respects human rights, human dignity and the right to an effective remedy.

After about a year of relentlessly trying to wear me down with oppressive rules and regulations which repeatedly breached our rights under the legally binding International Covenant on Civil and Political Rights (ICCPR) signed by Australia in 1976 and The Rights of the Child, the QADC referred our complaint about education discrimination and severe school bullying to the Queensland Anti Discrimination Tribunal (QADT), which was truly hair raising, very harrowing and unforgettable.

The whole process was very unfair, biased and harrowing from the very beginning , and I began to realise that no one was in the slightest bit interested in my son, his welfare and his future well being and personal outcomes for him, nor what impact the harrowing and abusive legal process might have on him and on us as a family. Neither the QADC, QADT, nor the Human Rights and Equal Opportunity Commission, (hreoNOT) ever did anything to help my son.

On the contrary, both the QADT and hreoNOT tried to make him pay thousands of dollars for the privilege of enduring the harrowing experience. However, hreoNOT failed in its bid to obtain an order for legal costs against my unrepresented 12 year old son in the Federal Court of Australia.

But the QADT Tribunal President, Jean Dalton QC, ordered my son to pay over $ 28,000 for the privilege of all the abuse we endured and also the abuse he suffered as a victim of education discrimination, neglect, severe school bullying and judicial corruption and obstruction of justice. Australian children in worst class of bullies

At no time did the political machine or the legal industry respect our civil rights to an effective remedy, our right to protection by society and the state and at no time did they respect our right to privacy and protection of family life and the state’s legal requirement and moral obligation to protect innocent juveniles even though I reminded them of their duty to care many times.

To all of them we clearly did not appear to be human beings with intrinsic values and inalienable rights.

We were dehumanised, demeaned and objectified in court. We were also very scared, mentally, physically, emotionally and intellectually totally exhausted by the relentless abuse and intimidation, which came from the bench as well as from the aggressive Criminal Law Barrister the Education Department had hired. After my allegations of judicial abuse and corruption, Crown Law hired a new Barrister and also changed their Crown Law Solicitor for the hearings in the Supreme Court without explanation.

I was repeatedly required to answer the same questions over and over and over again and my private sphere was constantly and deliberately invaded to try and cause us maximum harm and to break me down.

I was also asked totally irrelevant questions about my level of education, work experience in Australia and abroad, even though I had already answered all those questions truthfully the very first time, including in all my filed documents. Much of that courtroom evidence and other courtroom evidence of abuse, has been very selectively edited out to hide the evidence and in order to pervert the course of justice.

I was relentlessly bullied and demeaned and forced to answer questions under extreme duress and change my answers even when I said that I did not know the answers to some questions. My son who was also at the Bar table was deeply traumatised and repeatedly asked me when we could finally go home and leave this dreaded place, as we had been in that uncivilised court for 7 ½ hours on that day to determine the issue of the unlawful costs order against my son, which is based on legislation from 1851!

I was also repeatedly denied a break or an adjournment from the terror tactics I was subjected to in front of my severely shocked son and in front of two retired journalists who had come with us as witnesses and for our protection from further abuse.

My son and I felt physically ill every single time we had to enter the uncivilised Brisbane Supreme Court and the equally uncivilised QADT courtrooms, which were more than simply Kangaroo Courts. They were truly evil!

I was also denied the right to be heard by a jury like accused criminals can. In Australia, accused criminals can even choose to be tried by a politically appointed Judge if they want to. Dr Jayant Patel, who is being tried for medical negligence and deaths at Bundaberg Hospital, chose to be tried by a single Judge instead of a jury.
I repeatedly asked many Australian NGOs to come to court with us for our protection and as our witnesses, e.g. Amnesty International, United Nations Office Brisbane, Protect all Children Today (PACT), Council for Civil Liberties, Australian Human Rights Council and many others, but all declined to assist us.

We were denied any semblance of justice by the QADT President, Jean Dalton QC who refused to hear us and who was poisonous and insisted that I as I layperson continue to represent my son in a full on court held in the Brisbane Magistrates Court Building. My son sitting next to me at the Bar table was denied the right to speak and was denied the right to be heard. The other Judges treated us no better.

Queenslanders and my son and I deserve to know to know the truth and deserve to know exactly how our courtroom audiotapes and transcripts came to be repeatedly severely edited in order to pervert the course of justice and why government has ignored my repeated calls for urgent action. It is a criminal offence for the public to record the courtroom proceedings. Editing courtroom audiotapes and transcripts is also a criminal offence under the Recording of Evidence Act (1962).

I have now written to the new Queensland Attorney General, Cameron Dick, who was sworn in earlier this week.

I hope that the unaccountability, obstruction of justice and lawlessness will not continue under Mr Dick and that he has the integrity to finally act where so very many failed in their public duty.

Justice delayed is justice denied and we have certainly been denied any semblance of justice, every step of the way and for far too many years now. Robert Wensley QC took 8 ½ months to hand down his decision after the harrowing hearing in front of him.

He only handed down his decision after I spoke out about him and the QADT on Radio 4BC. Yet, he shifts the blame for the outrageous delay to me, even though I complained about this very issue many times.

How can an unrepresented schoolboy, who has been severely harmed, hold powerful people to account for malfeasance, when government has lost its moral compass and everybody looks the other way and thinks that it is not their problem?

When courts are corrupted by greed or political expediency, the scales of justice are tipped, and ordinary people suffer, said Huguette Labelle, Chair of Transparency International.

Judicial corruption means the voice of the innocent goes unheard, while the guilty act with impunity. Full article by Transparency International available from

I would also like to point out that Queensland Attorney General Kerry Shine has also always ignored my pleas for help and refused to do anything in relation to my complaints about judicial corruption, obstruction of justice and destruction of evidence. He was this week replaced with Mr Cameron Dick who is a Barrister.

Former Premier Peter Beattie always ignored us and refused to do anything.

Former Queensland Governor Quentin Bryce (now Governor General in Canberra) also refused to do anything for us and did not wish to speak to me on the phone.

Current Queensland Premier, Anna Bligh, continues to ignore us and acts as if we did not even exist. She continues to deny us an effective remedy and refuses to comment on or even acknowledge my corroborated allegations of judicial corruption and obstruction of justice in public.

Before she became Premier she was Queensland Education Minister. I wrote to her about my son’s plight on many occasions, but she always ignored me, refused to speak to me or return my calls and was totally disinterested in my sons’ future and his welfare and the severe harm my son was subjected to at his schools on a daily basis. She always fobbed me off and always referred me back to the schools.

She has two sons herself and I do not believe for a moment she would accept and be satisfied with the treatment she gave us. She was unaccountable as Education Minister and she is just as unaccountable now as Premier of Queensland.

Could you please write to your local member in relation to these human rights abuses and the breakdown of the rule of law at State Member parliament.qld.gov.au and Federal Member of Parliament? (aph.gov.au/house/members)

--Jennifer Nash is an Australian citizen and lives in Brisbane, Australia. She can be contacted at