This is a collection of photos from the first part of Operation Musashi, a campaign in which the Sea Shepherd Conservation Society's ship the Steve Irwin and its crew braved the stormy waters of the Southern Ocean and Antarctica. The campaign is focused on enforcing the laws and regulations which are in place to protect the whales in the area. An illegal Japanese whaling fleet has been operating in this area for some years. Where governments and states fail to enforce the law to protect these magnificent and gentle giants of the oceans, Sea Shepherd will come to their aid. For more information see http://www.seashepherd.org

These photos are posted here with kind permission from the photographers Eric Cheng and Adam Lau. All are copyrighted. 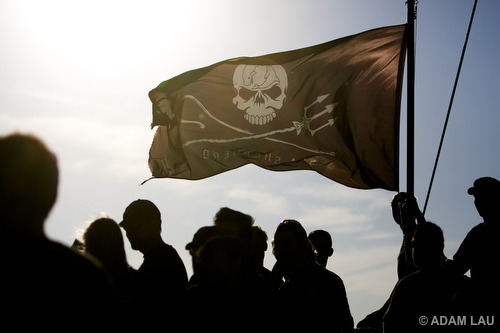 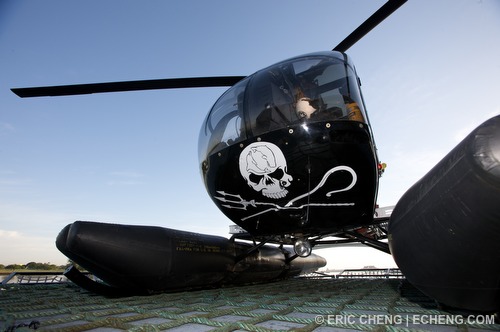 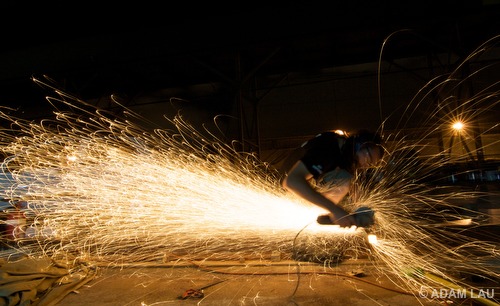 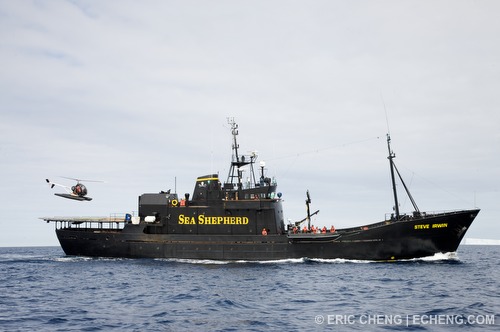 Helicopter takes off while the deck crew launches the gemini boat 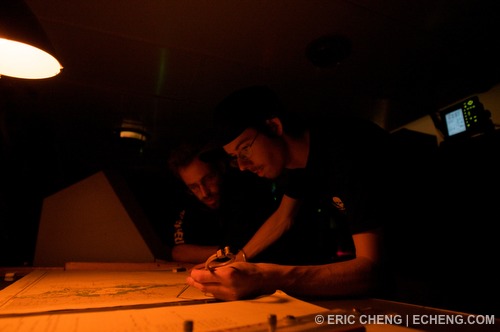 Crew members on the bridge looking over navigation charts 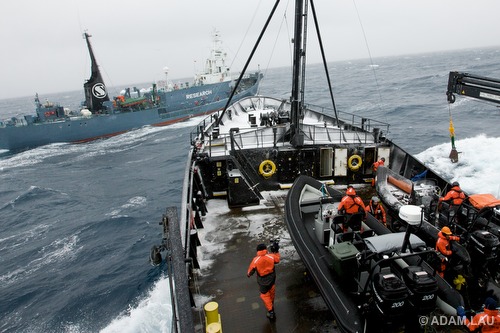 The Japanese harpoon whaling vessel the Yushin Maru No. 2 crosses the bow 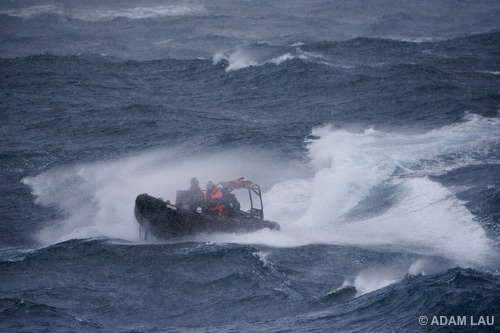 Delta boat braces rough seas during a deployment to pursue the Yushin Maru No. 2 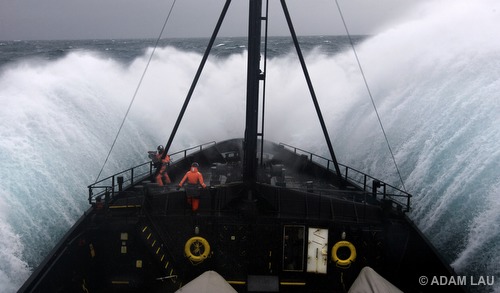 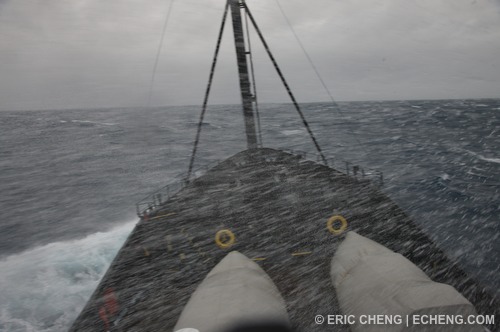 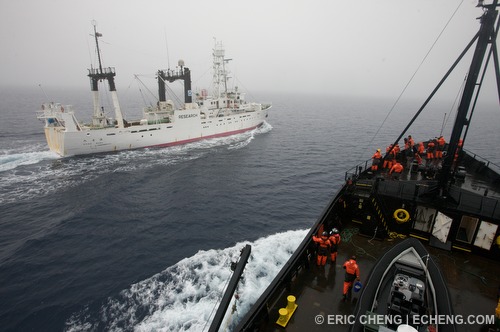 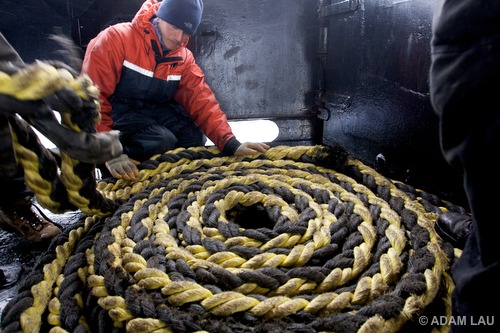 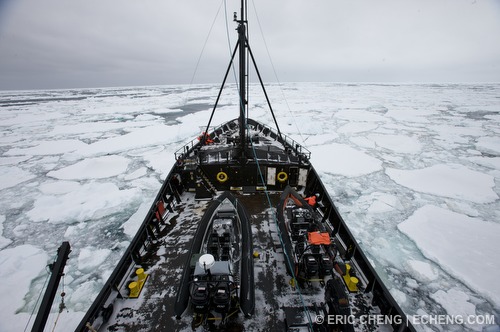 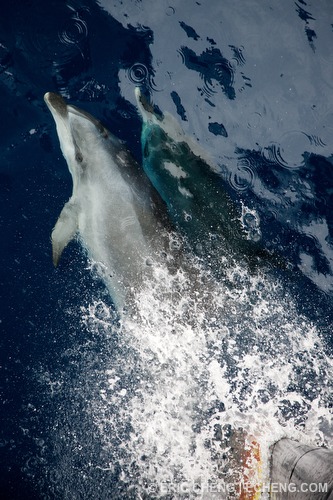 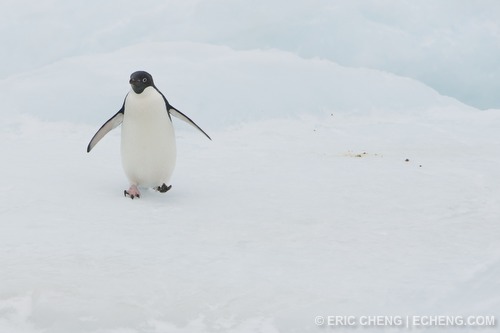 A penguin on an iceberg in Antarctica 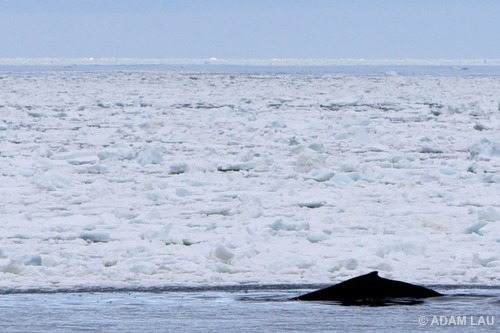 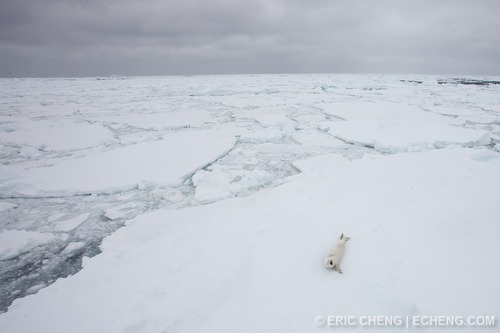 A leopard seal sits on an iceberg in Antarctica 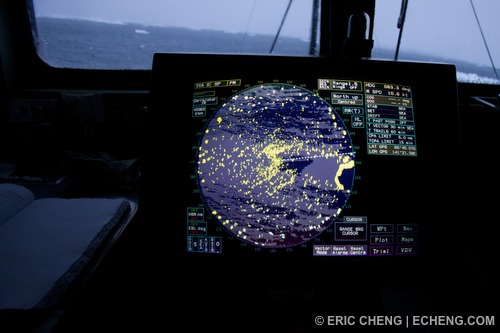 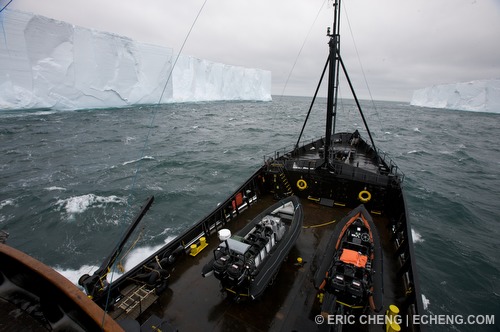 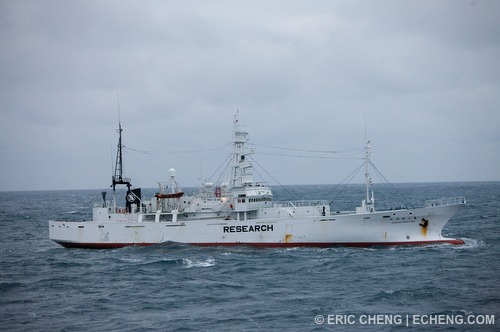 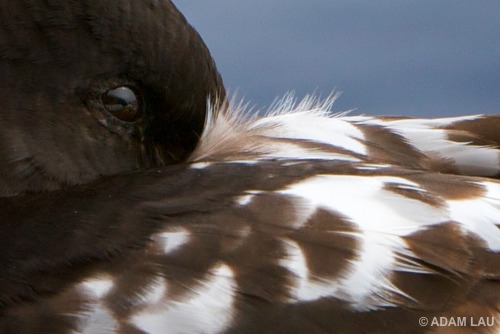 These photos are posted here with kind permission from the photographers Eric Cheng and Adam Lau. All are copyrighted.