Press Release #1 on the seizure of an Indymedia server in Manchester, issued on 26.01.2009 by the IMC UK Press Group for immediate release. 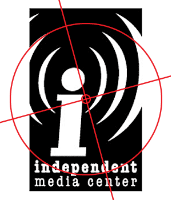 The raid in which the server was seized is an attack on free speech and independent journalism in the UK, and especially on the grassroots open-publishing platform that is Indymedia.

In the morning of the 22nd, KENT POLICE emailed Indymedia UK requesting that personal information about Justice Neil Butterfield, the judge overseeing the STOP HUNTINGDON ANIMAL CRUELTY (SHAC) trial, be removed from a comment to a report published on the Indymedia website and that details of the poster be retained.

Indymedia UK volunteers had already removed the information from the report in line with the project’s own privacy policy. Indymedia UK was unable to comply with Kent Police’s request to retain data relating to poster. As an open publishing project, Indymedia UK does not keep logs of the server activity.

Nevertheless, Police seized the machine which was handed over by the management of UK Grid. No search warrant was shown.

The loss of a server represents serious damage to the Indymedia infrastructure in the UK.

The present case is not the first time that Indymedia servers were seized in the UK. Shortly before the opening of the European Social Forum in 2004 in London, a main Indymedia server was seized from the hosting company Rackspace in an operation which involved an Italian Judge, an American District Court and the FBI.

As in previous cases, Indymedia UK stayed online this time. This was possible due to a system of ‘mirrors’, which was set up to protect the technical infrastructure of the alternative media project. Despite the resource intensive interruptions caused by server seizures, the independent media activists continue to provide a platform for “news straight from the streets”.