The European capitalist countries, saturated of productive capacity and commodities, are desperately in need of markets to avoid blue-collar and services workers lay-offs, to prevent savers from loosing their money and peasants from going broke... 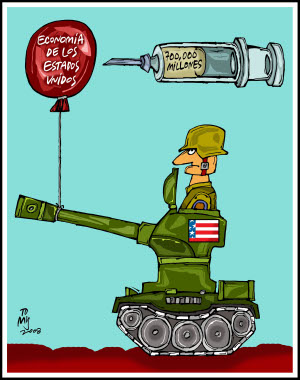 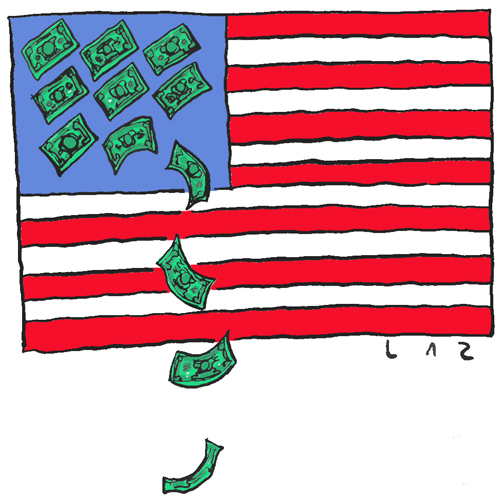 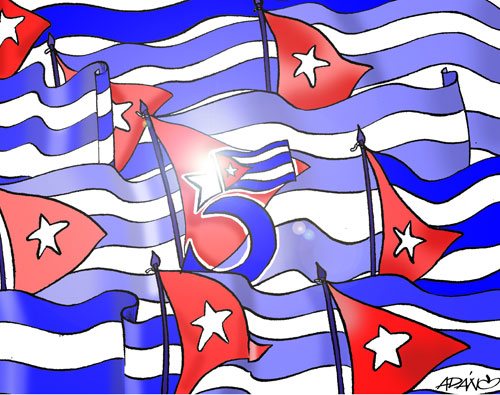 Following an initiative from Sarkozy, President of France, on Sunday October 12th, the countries of the Euro zone agreed on an anti-crisis scheme.
On Monday 13th, an announcement is made that the European countries will inject multimillion amounts of money in the financial market to prevent a collapse. The stocks have risen after the amazing news.
Based on the abovementioned agreement, Germany had committed 480 billion Euros to the bailout operation; France, 360 billion; Holland, 200 billion; Austria and Spain, 100 billion each, and so on until with Great Britain’s contribution they reached the figure of 1.7 trillion Euros. On that day –since the exchange rate between currencies constantly varies— that figure equaled 2.2 trillion US dollars, which added to the 700 billion dollars allocated by the United States.
The shares of the major corporations, which were not bankrupt, witnessed a steep climbing of their value. This was far from compensating the losses sustained in the nine tragic days but it will give bankers and politicians from the capitalist developed world some breathing space.
In the evening of that same day, during a banquet in his honor offered at the White House, Prime Minister of Italy Silvio Berlusconi makes a speech paying homage to Bush: "We have confidence in the President who had the courage to do what he considered fair, what he had to do for himself, for his people and for the world."
He really went too far!
Also on the 13th, United States citizen Paul Krugman was presented with the 2008 Nobel Prize of Economics. He is certainly an advocate of the capitalist system but he is at the same time very critical of President Bush.
On the 14th, El Pais runs an article under the heading Gordon has done it right with some ideas that deserve to be literally reproduced:
"It’s only natural that to face the need for financial capital the State provides the financial institutions with more capital in exchange for part of their properties…
"This kind of temporary and partial nationalization was also the solution privately favored by Ben Bernanke, chairman of the Federal Reserve.
"On announcing his financial assistance scheme of 500 billion Euros, Henry Paulson, US Treasure Secretary, was rejecting this obvious solution arguing that ‘this is what you do in case of bankruptcy’.
"The British government has gone straight to the source of the problem and acted with incredible speed to solve it.
"After supposedly wasting several precious weeks, Paulson has also backpedaled. Now, he intends to buy bank shares instead of toxic mortgage assets.
"As I have said, we still don’t know if these measures will work… That clear vision had to come from London and not from Washington.
"It’s difficult to avoid feeling that Paulson’s initial response was distorted by ideology. Remember that he is working for a government whose philosophy can be summed up in this phrase: ‘what’s private is good, what’s public is bad.’
"In the executive all the expert professionals have been removed from office. Perhaps, there is no one in the Treasure now with the necessary history and stature to say to Paulson that what he was doing made no sense.
"Fortunately for the world economies what Gordon Brown and his ministers are doing do make sense. Perhaps, they have showed us the way out of this crisis."
As the 2008 Nobel Prize of Economics has confessed, he is not even sure himself that these measures will work.
This is really amazing.
On Tuesday 14th, the shares in the Stock Exchange lost a few points. The smiles were more stereotyped.
The European capitalist countries, saturated of productive capacity and commodities, are desperately in need of markets to avoid blue-collar and services workers lay-offs, to prevent savers from loosing their money and peasants from going broke. They are in no position to impose conditions and solutions to the rest of the world. That much has been proclaimed by important leaders from emerging countries and from those that being poor and economically plundered are the victims of unequal exchange.
Today, Wednesday 15th, the value of the shares in the Stock Market fell again with a loud crash.
Tonight, McCain and Obama will be passionately arguing the economic issue.
In the great US democracy, half of those eligible to vote are not registered, and half of those who are registered does not vote. Thus, the rulers are elected by only 25% of the electorate. Many of those who would perhaps like to vote for the African American candidate cannot do it.
According to the polls, that candidate has an overwhelming majority. However, no one dares say what might be the outcome.
The great economic crisis affecting the American society makes of November 4 a day of paramount interest to the world public opinion.
In terms of elections, only one thing is certain: in the next British elections Gordon Brown will not be elected Primer Minister.

Terrorists in Miami and the questionable connections to bombers and assassins of the McCain campaign:

Justice Made in the USA: Pure Theater:

An exercise in Cuban Democracy:

Why can Cuba Do It?: