"...I ask everyone who cares about animal protection and human rights to take action now to prevent this crime. This kind of police arbitrariness against NPOs is something we might recognize in dictatorships, but not in a democracy. Please stand up strong; stand against this outrageous injustice. My life depends on it." 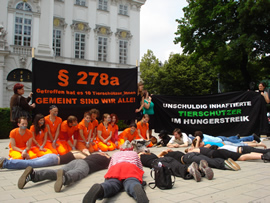 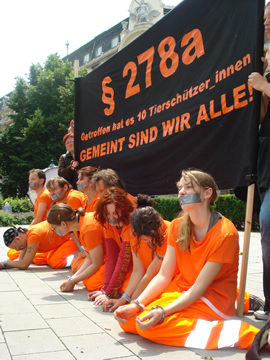 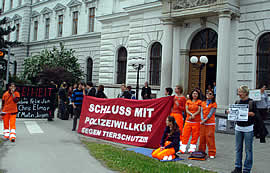 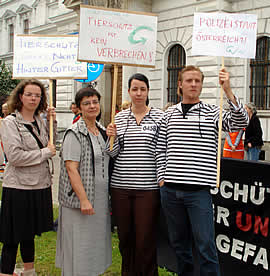 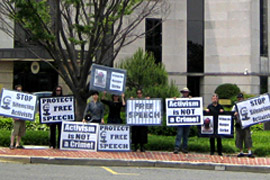 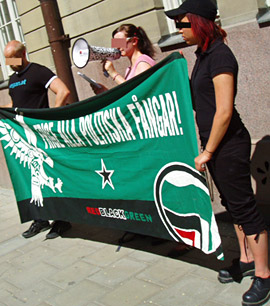 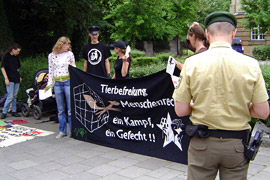 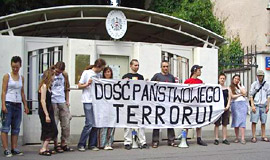 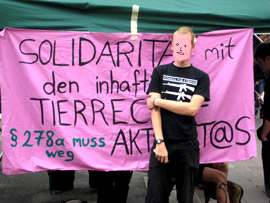 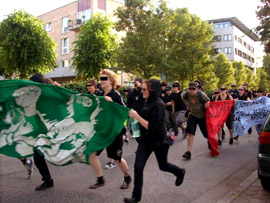 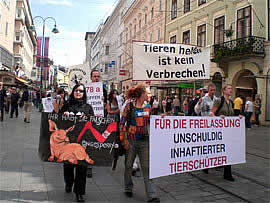 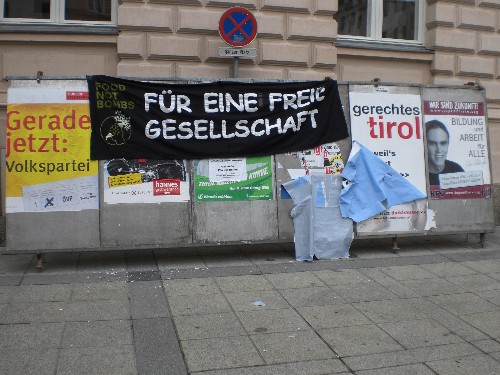 "Coca-Cola, one of the American multinationals responsible for the destruction of our planet, complicit in the exploitation and theft of water from indigenous communities (Chiapas), generating human exploitation by forcing children to work more than 10 hours a day in their sugarcane crops (El Salvador), massive pollution of rivers with toxic products (India), contractor of paramilitary groups that killed union workers (Colombia), financer of death by voluntarily giving a portion of their profits to the wars in Iraq and Afghanistan, racist since the days of Nazi Germany, partnering with large magnates and multinationals such as Nestle, McDonalds, Chrysler, Texaco, (likewise) responsible for global warming, the brutal exploitation of the land and the food crisis afflicting the world today, should be a primary objective for all those combatants who are fighting against the many aberrations and for the liberation of the land, animals and humans, because this global company alone is an example of the influence of the capitalist system on its owners, the extreme abuse of power and the advancing of its global control over many innocents.
Hence the Frente de Liberación de la Tierra has taken firm action against this scourge; in the evening of June 5 the walls of the company were splashed with paint with a special stench, the vehicles of the administrators were likewise victims of our first but not last attack.
We will return but with even more force.

Dedicated to the fighters of Austria = recently imprisoned by the fascist state of that country.
Forward! 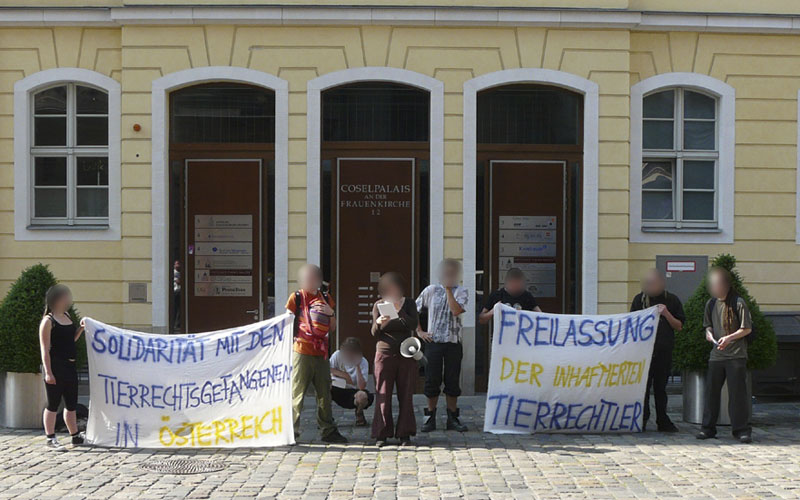 Repression against animal rights activists - 'touch one, touch all' 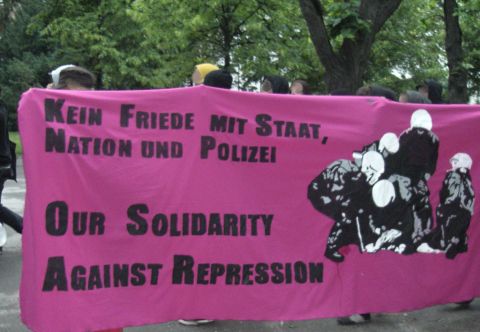 Feature on www.indymedia.org with links to many protests in english and translations:

Further information from supporters (in german an english):

Updates and more in german and english: