Cipo-RFM activist Pedro Bautista-Rojas explains the history of the indigenous struggle in Oaxaca and also the implications of the forest dispute for both the people of San Isidro Aloapam and their children. 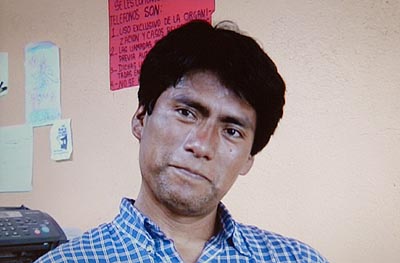 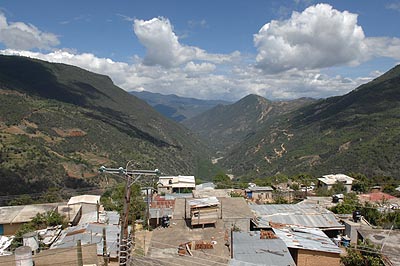 He explains the consequences of deforestation for the village of San Isidro. 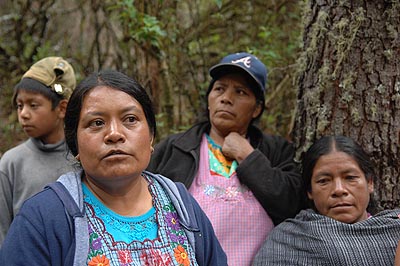 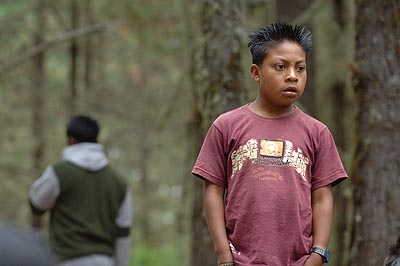 Q.- What’s your name and position?
A.- My name’s Pedro Bautista Rojas, member of the organising committee of the Popular Indigenous Council of Oaxaca.
Q.- First, what’s thehistory of this struggle and also the impact of the destruction of the forest in this community?
A.- Well before we united our communities into forming the Indigenous Popular Council, for more than 500 years our ancestors were already fighting for the protection of their natural resources and their territories. 515 years ago, our ancestors were already fighting for the conservation and protection of their natural resources and their territory. The arrival of the Spanish to our villages was difficult. It was the beginning of the injustice, the plundering of our natural resources, forests, mines, but also the injustice for our ancestors who became slaves of the Spanish. The injustice that started then, the imprisonment, the physical and psychological torture they suffered, has continued, only in a modern way .

The strategy of plundering, jailing and death continue for our people. In the community of San Isidro Aloapam we are living this problem right now for defending our natural resource, the forest. We say, with our indigenous brothers in the community of San Isidro Aloapam, that if this forest is not protected, there will be no water, and there will be no life, lives of animals that inhabit it as well as medicinal plants will not exist. The little we have left, in this region. This community 20 years ago was rich in water, the river was full of aquatic fauna and nowadays this river - more than 20 meters wide- is dry. Only just 5 years ago, the water reached highs of between 1.20 and 1.30 meters. It was not possible to cross the river during rainy season. But due to the unmanaged, irrational logging that San Miguel Aloapam has carried on the forest, the springs are now dry. The river’s also drying out and at the same time this village (San Miguel) is throwing their waste water in it, polluting the little water that’s left. This is in complicity with the government of Oaxaca and the federal government. We and our companeros from the community of San Isidro Aloapam confronted this PRIista landlord. But the government, all the “state apparatus” as we called it – the government of Ulises Ruiz Ortiz, the Justice Secretary for Oaxaca, as well as the state representatives of SEMARNAT, CONAFOR, Felipe Calderon federal government, we confronted them with the whole state apparatus but behind those are the neo-liberal companies that want to take over the natural resources on our indigenous communities, like the forest, the water, the mines, medicinal plants and more importantly the labour force that our brothers represent.

It is very profitable for them to set over here their companies, their processing plants and all they need, and take advantage of a cheap labour force. That’s why we suffer.
All this is due in part to mega-projects like the Plan Puebla Panama. Before that was agreed, as the Treaty of Free Commerce of the Americas came into force in 1994, we began to see the injustices. The products we produced in our communities lost access to markets, our products couldn’t compete against the big companies’ shops. And that is what we are suffering directly in our communities. But that injustice exists also here in the cities. We as a indigenous people, and as a union can not demonstrate freely to demand our rights from the government. If we do, we are jailed and persecuted, repressed, murdered or disappeared. Anything we do to demand our rights is considered illegal by the government. And so there’s no justice, there’s injustice, impunity here in Oaxaca, in Mexico, there is not justice for us for being indigenous, what we get when we demand it, is jail.
Q.- And in the future, if you continue, what do you think it will happen?
A.- We have very clear indication that repression is going to increase. It’s going to increase because of the political interests of the Mexican government and other countries governments, neo-liberal companies from other countries that want to take over the natural resources within our communities and other peoples’ in Oaxaca and Mexico. We understand very well that the repression is going to increase greatly, but as an organisation the Popular Indigenous Council, together with our companeros in the communities, especially in San Isidro Aloapam, we understand very well that we have to organise even better. Organise better and organise those villages that are not organised yet, and also with other brothers from other indigenous peoples allied to the Other Campaign who believe as we do in defending the territory and its natural resources. Because those natural resources, the Earth and all it is in it is the legacy that we will leave our children, future generations that will be born and live in these villages and this land, this territory.
Q.- Please can you tell us about the paramilitaries?
A.- Yes, this paramilitary groups are organisations, individuals or people that belong to the party in government. Some are PRI, some are PAN, and all these mainstream political parties. These are people used by the government to harass, divide, to intimidate or to kill our companeros in the indigenous villages. Such is the case experienced by our companeros in San Isidro Aloapam. The priista people of San Miguel Aloapam are organised in a paramilitary group called the “Antorcha Campesina” but it is an organisation directly linked to the party in government. That’s why when we denounce them, the government, the legal system protects them. They will never be punished because they are being protected by the government. This is the way the government behaves, intimidating, dividing, assassinating more of our brothers as they have experienced in San Isidro Aloapam. All those injustices remain unpunished after we denounce them. We provided evidence, photographs, the names of the killers, but everything remains unpunished. We are denied justice as we say, for being as we are, for thinking the way we think and for doing what we believe in, to protect, care and preserve the territory and everything is in it. The way we think is that we will not leave money for our children, we want them to inherit the land and all of its resources.