Christina an eyewitness to the repression. 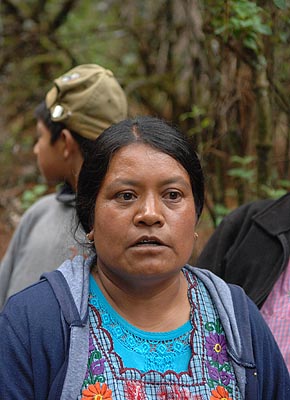 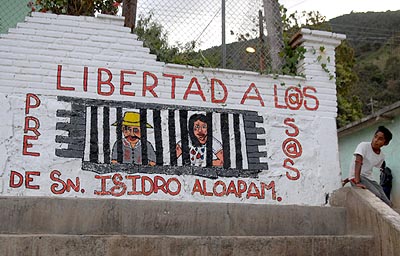 She also talks of her fears for the prisoners.

Translated from Zapatec to Spanish by Elisabet Perez Cruz then from Spanish to English by Zinco:

“When we arrived here the people coming from San Miguel were already here. We arrived from this side and we were met with machetes, bullets and other weapons. Also on arrival we realized that they were drunk and still drinking more. We recognized the bottles they were carry as ‘Liquor Presidente’ (a very expensive and strong liquor). We when proposed to them to talk the problem through they started beating us as ordered by the leader of the community of San Miguel. He was the one who gave the order for us to be beaten up. Then someone called Isais Alaves ordered his people to beat us because that ‘was part of the deal’ he said they had come ‘prepared for anything’. Then the president of San Miguel gave the orders and took out his pistol. He started shooting as a sign to the others to start shooting as well. When they started shooting the women were right here in the middle and the bullets were flying around them. They then gave orders to kidnap all the men from San Isidro Aloapam to be taken San Miguel and they started beating them, the women were saying that they havn’t done anything. When our companeros were taken they gave another order to take all the women too. That is when they took our companera Juana Morales Peres who is now in prison. When the companeros were taken, the women stayed here and were still being beaten but resisted. We couldn’t save the companeros that were taken but we managed to save others that they could not take. When they (the paramilitaries) left, I had not yet realized about the dead around me. After we left the president had shot people from the community of San Miguel there were two dead which meant they had been shooting amongst themselves.”