On Saturday 1st March 2008 in Trafalgar Square, London there was a large police presence and a small turnout for the 2nd Day of Action. 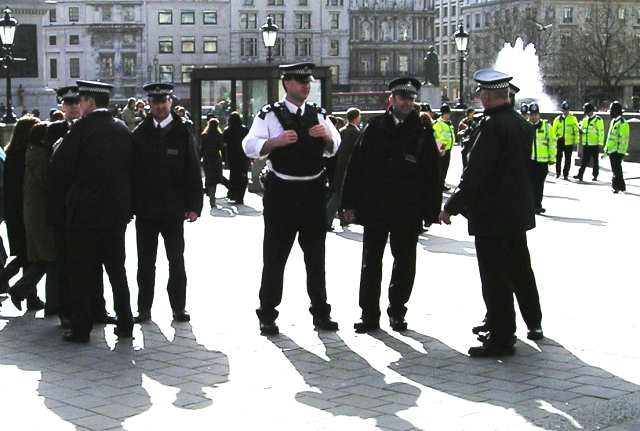 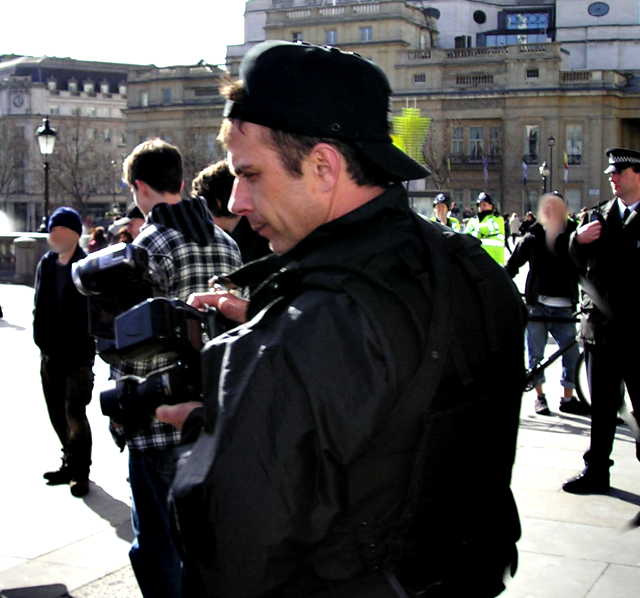 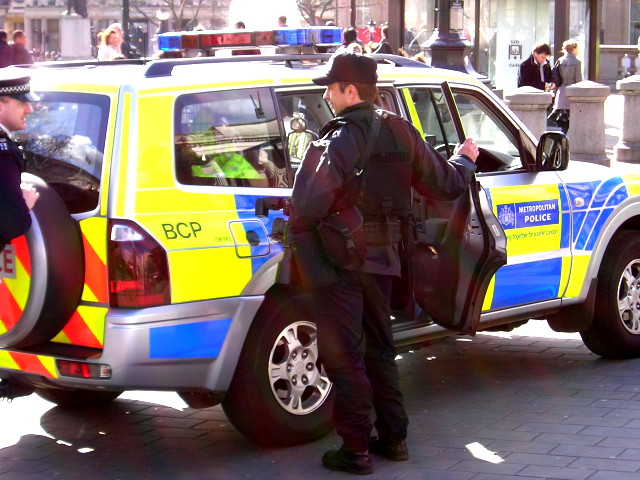 The first National Day of Action for Freedom of Assembly in London in January was a huge success despite several arrests, mainly because the police were caught napping, but this was unlikely to happen for a second time. So on Saturday there was a large police presence and a correspondingly low turnout. A police photographer of the so-called Forward Intelligence Team made quite sure that every protester's face was captured on camera and the cops made it quite plain that they were not going to allow the protest to go ahead, thus confirming that there is no freedom of assembly in parts of UK. This warning took place outside the forbidden zone around Parliament, which is named SOCPA and is supposed to deal with serous crime but has been adapted to also ban unconditional political protest, i.e., freedom of expression.

There followed a game of cat and mouse with the police. Protesters split into small groups and reformed in pubs then splitting up again and so on. Something which tends to moderate police intimidation is the possibility of alarming the bountiful tourists and themselves being photographed and videoed, so instead of entering the pubs, which they have done in the past, they waited outside.

After spotting one or two previously photographed faces a host of cops dutifully arrived in Parliament Square but were disappointed. It makes you wonder how much this suppression of a human right costs the taxpayer and how much better those police would be employed targeting actual criminals instead of peaceful protesters.

Video of 1st Day of Action


Video of 2nd Day of Action