From 20-22 December the indigenous organisation 'las Abejas' held a gathering at the place where ,10 years ago, 49 of their members were massacred by paramilitaries armed and backed by the Mexican state (21 women, 15 children, 9 men, 4 unborn babies). 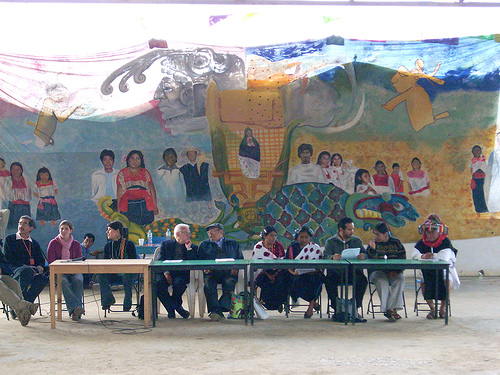 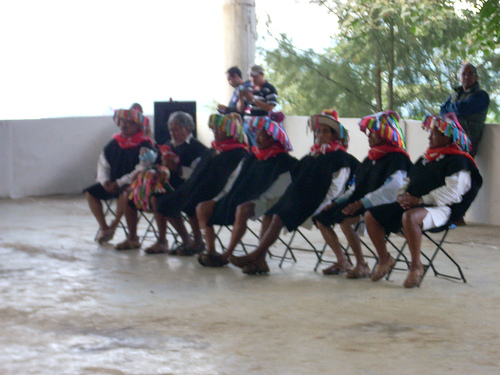 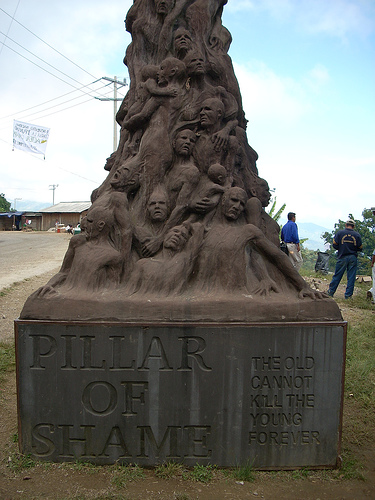 'Las Abejas', a pacifist organisation who backed the Zapatista demands, were given shelter and land in Acteal by the local pro-Zapatista community and refused to leave when threatened and harrassed by paramilitaries. This included having members kidnapped, property stolen and crops trashed.
Following the international civil society outcry after the massacre, local paramilitaries and lower officials were arrested and given long jail terms. However these sentences are now being appealed with the support of current Mexican president Calderon and no higher officials were called to account for the massacre. Ex-president Zedillo, ultimately responsible for the counter-insurgency operations in Chiapas at the time which resulted in the massacre at Acteal among other atrocities, is currently director of the Centre for Globalisation at Yale University. There is an international campaign to get Zedillo to resign from this post. They can be contacted at:
The Yale Center for the Study of Globalization
Betts House
393 Prospect Street
P.O. Box 208360
New Haven
Connecticut 06520-8360
Email:

For more on Acteal visit: