Today 15 people of the so called SIOE-campaign ("Stop Islamisation Of Europe") demonstrated for what they called "Freedom Of Speech" but in fact is they racist idea of a white (and mainly) christian Europe, which they want to defend against influences of other cultures. 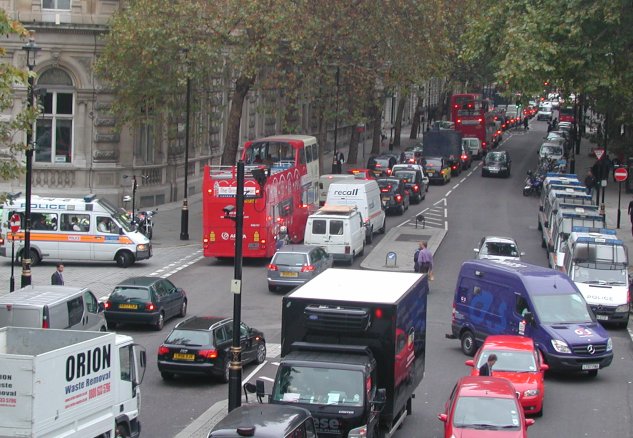 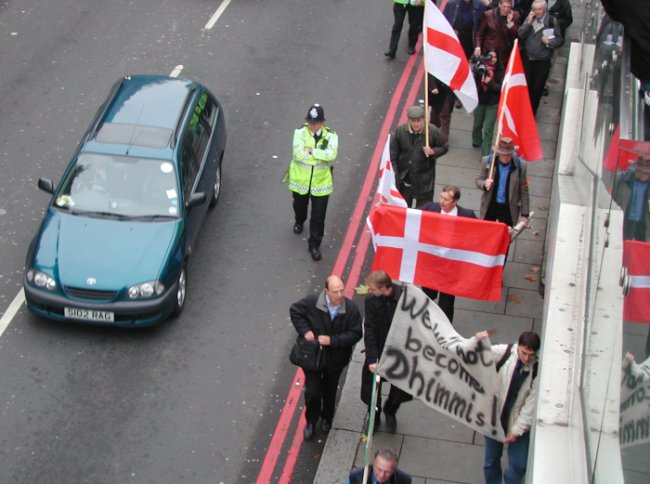 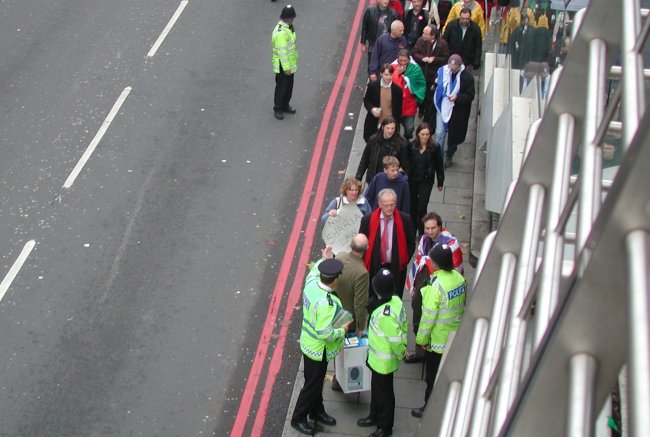 dont walk on the road! 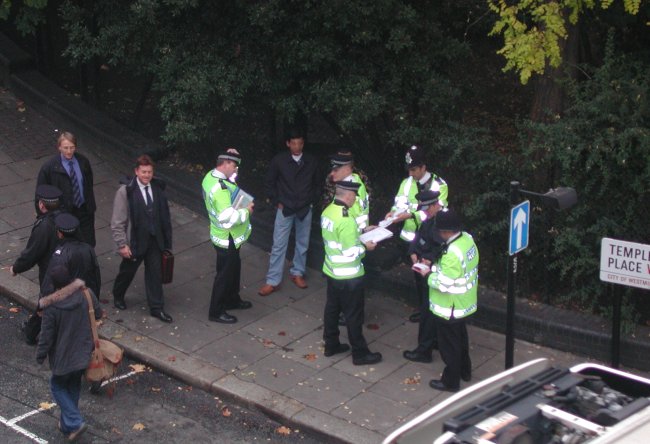 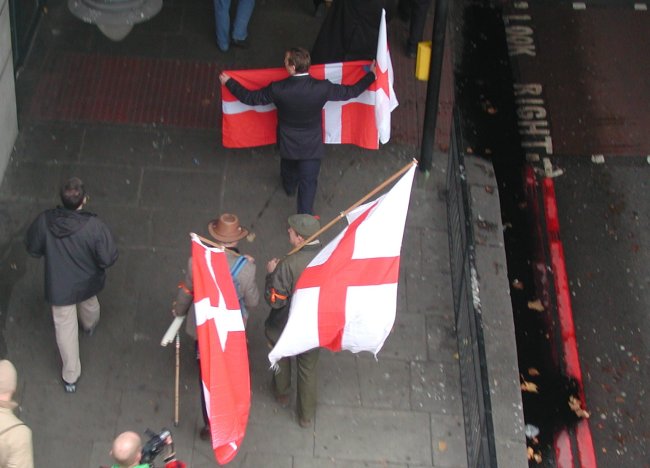 Organised by right wing English Democrats candidate Stephan Gash and Danish "anti islam" campaigner Anders Gravers, only about 15 people followed there call for a demo gainst "islamisation" in central London. A few weeks ago the same people tried to organise a demo in Brussels, which was first banned, later on they could gather a few people.

The SIOE (basically identical with the danish SIAD) tries to convince the public that they campaign for "Freedom Of Speech" and "Rights of women in islamic countries", but the conncetions to extreme right groups in Denmark, Germany and Switzerland are too obvious. Andrew Gravers (who was attacked on a demo in Denmark last Sunday. )does not, however often he distance himself from nazi groups, seem to have a problem having neonazis speaking at his demos in Denmark. (see nazi Julius Børgesen (free danish nationalists) speaking at SIAD demo

http://www.antifa.org.uk/news.html ). In their campaign against the building of mosques in Europe they allied with the German extreme right party "pro Köln" and the swiss "SVP".

Fortunately they seem to fail totally to mobilise in UK so far.

No Borders, No Nations!