Round up of anti-occupation demonstrations worldwide.

This is a collation of the many demonstrations against the illegal occuaption of Palestine which took place around the world at the weekend. 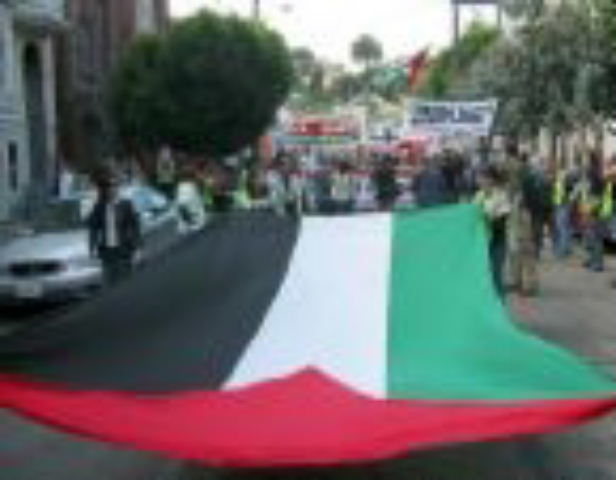 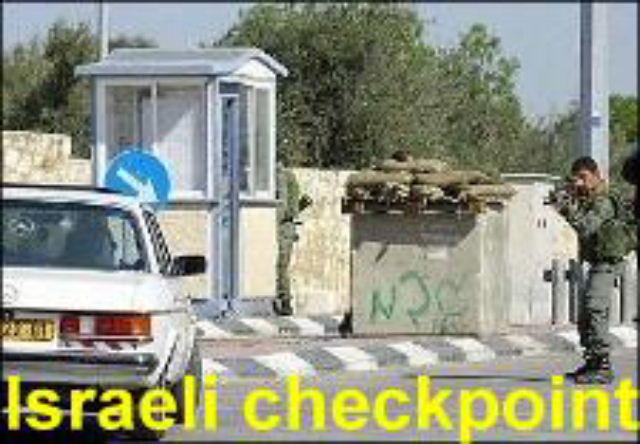 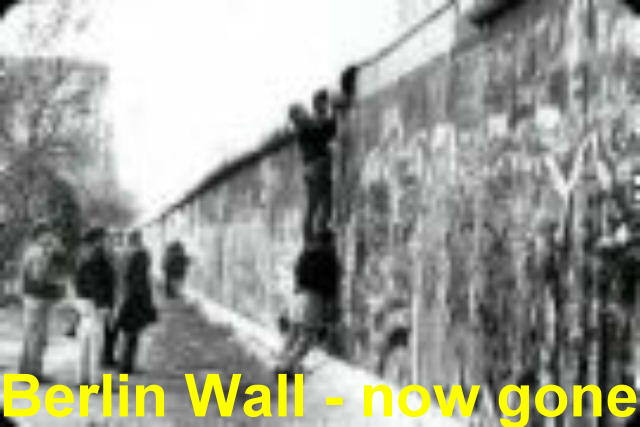 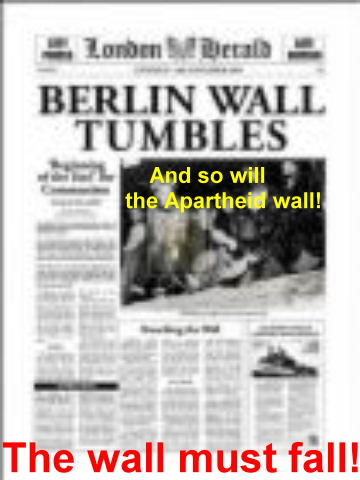 
The weekend just gone was the 40th anniversary of the 6-day war (June 5th to June 10th 1967) when Israel launched a pre-emptive strike against its Arab neighbours. The one-sided affair ended with Israel gaining the Sinai, East Jerusalem, the Golan Heights, the Gaza Strip and the West Bank. The subsequent occupation of these territories was deemed to be illegal by dozens of UN resolutions – none of which have been enforced.

Here is a list of the UN resolutions concerning Israel compiled by `Jews against the occupation`:


There were a number of worldwide demonstrations at the weekend; there was a sizeable protest in London with a turnout of 20-25 thousand and a small but lively demo on the Mound in Edinburgh.

Here is a full list of the demonstrations round the world:


There has been virtually no coverage either of the protests or indeed the issue of the Occupation itself. On British television and radio there have been programmes to commemorate the retaking of the Falkland Islands from Argentina in 1982 but few to my knowledge on the much greater injustice of the occupation of Palestine.

The Channel Four programme `Unreported World` on Friday 8th June did give the Palestine issue some degree of objective coverage:

http://www.channel4.com/news/articles/ontv/unreported_world/israels+wild+west/551447
However, this programme is very much a minority one as it clashes with the hugely popular soap `Coronation Street` on another channel. The ratio of viewers would be around 15 to 1 in favour of the soap.


The BBC1 Sunday morning (10th June) programme `Sunday AM` presented by Andrew Marr was much more concerned with the 25th anniversary of the Falklands. There was a panel consisting of Carol Thatcher (daughter of the former PM Margaret Thatcher), BBC journalist Kate Adie and Admiral Sir Alan West who made his name in the Falklands conflict. There was a great gloating over `our` victory with clips of the 1982 victory parades. Iraq and Darfur were mentioned briefly when Secretary of State for International Development Hilary Benn was interviewed. There was then a detailed discussion about Tony Blair’s `conversion` to Catholicism. Palestine? Not a word. Sadly, also in this programme there was the leader of the Liberal Democrat Party Sir Menzies `Ming` Campbell, whose party did offer some opposition to the Iraq war, could only come up with “The Falklands is British!”


The 30 minute Channel Four evening news of Sunday 10th June had a decent length segment (4min 45secs) on Israel/Palestine introduced by presenter Alex Thompson who said in introduction: “Palestinians shelling Israeli territory, Israeli tanks rolling through Gaza…” – once again the emphasis is on Israel responding to Palestinian provocation. The report itself wasn’t too bad. The `walls of separation`, as the narrator put it, around Ramallah were shown and the effect of the other side’s propaganda on Israeli and Palestinian children was shown. There was an interview with Itamar Marcus – the founder and director of Palestinian Media Watch which studies Palestinian society from a broad range of perspectives by monitoring and analyzing the Palestinian Authority through its media and schoolbooks. Also interviewed was Dr. Nurit Peled-Elhanan an Israeli researcher and academic. Both suggested that the other side were indoctrinated to hate each other. An Israeli child and a Palestinian child were both asked if they had ever met one of their opposite number and both said no.


Regarding the London demonstration a search of the ITN news site drew a blank. Channel 4 news, Channel 5 news, Sky News, ABC and Fox TV all had no mention of demonstrations.


RADIO
Radio Four’s `World this weekend` on Sunday 10th June had nothing on Palestine. However, it was immediately followed by a full length programme presented by `just a bit of fun` Peter Snow on the 25th anniversary of the Falklands and the difficulty the US Government had in choosing which side to support.

`Woman’s Hour` broadcast daily on BBC Radio Four had this piece about the Wall:

Jeremy Bowen has had a series of programmes on Radio 4 “Six days that changed the Middle East”:

To which there was feedback on `honest reporting`:

BBC Radio 4’s `Any Questions` briefly mentioned Palestine when one of the panellists Dr Jenny Tonge (a former Liberal Democrat MP and now a member of the House of Lords as Baroness Tonge) when she encouraged people to join the protest against the occupation in Trafalgar Square the next day (programme broadcast on Friday 8th June, London demo on Saturday 9th June).

The British newspapers of Sunday 10th June seemed to have nothing at all on the London demonstration. Scotland’s `Sunday Herald` had a piece on page 31 headlined: `GAZA violence` which told how `Gaza militants` (note how militants are always Palestinians – have you ever heard of an Israeli militant?) `launched a surprise attack on a border crossing with Israel yesterday` (meaning 9th June).

Palestinians are usually reckoned to constitute the biggest refugee group in the world. A typical figure quoted is usually in the region of 4.5 million. This huge figure is likely to be overtaken within a year by the ever-increasing Iraqi refugee crisis. Writing in the `Independent on Sunday` Patrick Cockburn had a piece on page 23 headlined `UN warns of 5 million refugees`. He quotes a current figure of 4.2 million Iraqis displaced both internally and externally and how 30,000 Iraqis arrive in neighbouring Syria every month.

From Indymedia Scotland and also featured on many other Indymedia sites:

There was a demonstration against the occupation in Washington DC:

Call to join the Washington DC demo by Cindy Corrie (mother of Rachel Corrie, killed by an Israeli bulldozer in Gaza) video:

Report and audio clips of Washington DC march and rally:


There was an action in Melbourne, Australia at the end of May:

Interestingly the Israeli Indymedia website is surprisingly good and here is an article about a protest against the wall:

Here is another anti-occupation report – from an Israeli website:

Here is a report from the demonstration in Jerusalem:

Aotearoa (New Zealand) Indymedia had this from January 2007:


As well as the Palestinian question many other issues related to the Middle East are largely unknown to the general public. In the build up to the attack on Iraq in 2003 we were incessantly told about Iraq’s `weapons of mass destruction`, which simply did not exist. With saturation coverage of Iraq there was virtually no reporting of the awful sanctions regime, which killed over a million people, mainly children. What did people ever know about the topic of DU (depleted uranium), which has caused a 7-fold increase in cancers around Basra in southern Iraq? How much does the general public know of either Iraqi or Palestinian refugees who between them now number close to 9 million – the entire population of a major world city like London, Paris or New York?

What is the best way of furthering the Palestinian cause? Letter writing campaigns to newspapers and political representatives, more and bigger demonstrations and perhaps most effective of all, boycotts.
Boycotts of Israel

http://www.workersliberty.org/node/8375
(NUJ is the National Union of Journalists)

http://www.earthtimes.org/articles/show/68026.html
(UCU is the University and College Union)

Jews for justice for Palestine:


As our Italian friends would say; “La lotta continua!”

about the BBC & Palestine

I was about to trawl around the corp media myself for coverage - thanks for doing so first. As far as I know, the BBC have made no mention at all about the Palestine demo that took place in London on Saturday. They did though report on more in-fighting between fatah and hamas. Because of such shamefully biased reporting, one has to conclude that they don't actually want their Gaza reporter Alan Johnston to be released.