The Dispensables and precarious Superheroes called The Unbeatables are calling for a block at the mass demonstration and at the mass blockades against the G8 summit. Both entities are part of the ongoing struggles to understand and resist contemporary conditions of precarity of live and work. 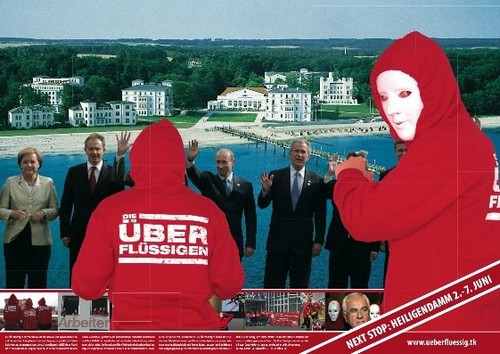 G8 poster invitation of the "The Dispensables" 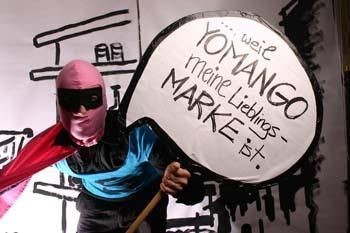 I'm a superhero... Because yomango is my favourite brand 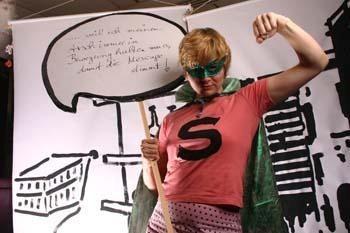 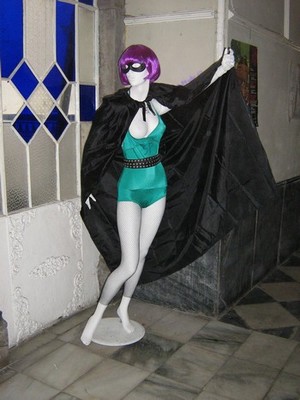 The "Dispensables" and precarious Superheroes called "The Unbeatables" are calling for a block at the mass demonstration and at the mass blockades against the G8 summit.

Together with tens of thousands of others, The Dispensables and the Superheroes will take part in the mass demonstration and the mass blockades during the G8 summit in northern Germany, Heiligendamm.

The Dispensables* wear white masks and red hoodies, occupying social welfare offices in countries where they are disappearing and invaded and ate from the plates of the rich and the political establishment in a Berlin restaurant.

The Superheroes have appeared over the past years in various settings: from mega barrios in the slums in Mexico to Superflex and Spidermum in the Euromayday parade in Milan. Also in Hamburg, activists, dressed as comic heroes, robbed groceries from a luxury delicatessen shop, distributed the booty amongst the precarious and called on people to join them in the Euromayday parade in Hamburg.

A common element of these diverse activities is that they highlight the invisibility of most precarious working and living conditions. They feel affinity with the sans papiers, piqueteros, landless peasants, and the invisibles.

At the same time, trade unions are no longer capable of representing the precarious work force. The one-time image of the workers movement (e.g. muscular man with hammer in his hand) does not represent a positive reference point for precarious workers. The figure of the Superhero makes the potential power of the precarious people visible: everyone can be a Superhero. It is not us who are dispensable, but capitalism!

Dispensable and illegitimate is also the politics of the G8, who share considerable responsibility for precarisation. It is our aim to link activism on precarity with the resistance to the G8 summit. We want to emphasise that the blockades are more than a one-off event: from the flying pickets of the Gate Gourmet labour struggles in Heathrow and DÃ¼sseldorf to the piquetero blockades of the unemployed workers in Argentina and the blockades of the train tracks during the CPE protests in France: blockades have become essential elements in the struggles of the precarious. This is why we view the Block8 campaign as a general practise for every-day civil disobedience.

In this spirit: pack your super hero costumes, put on your white masks and travel to Heiligendamm! Dispensables and Superheroes, participate in the common block in the mass demonstration on 2 June in Rostock and at the mass blockades during the G8 summit in Heiligendamm!

More information on the Dispensables, Super Heroes, Euromayday and precarisation:


* The Dispensables (in German: die Überflüssigen) are people who carry out civil disobedience actions under the same name in different parts in Germany. The name signifies a critique of the capitalist economic system which has made certain population groups dispensable and forces people into precarity.