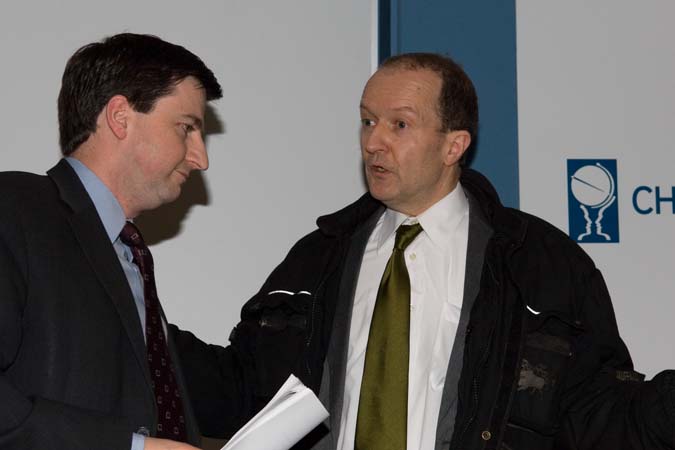 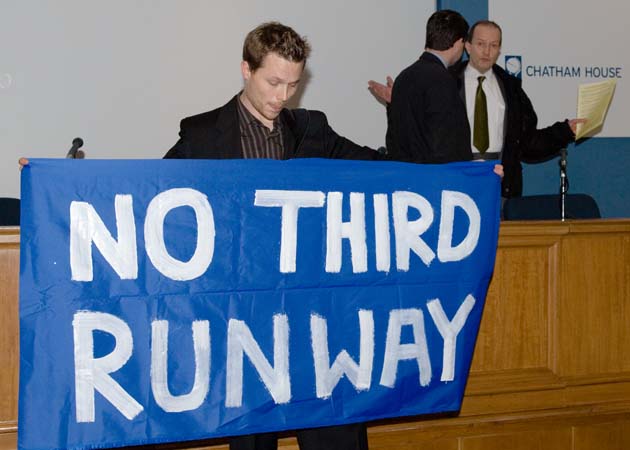 Plane Stupid take to the floor 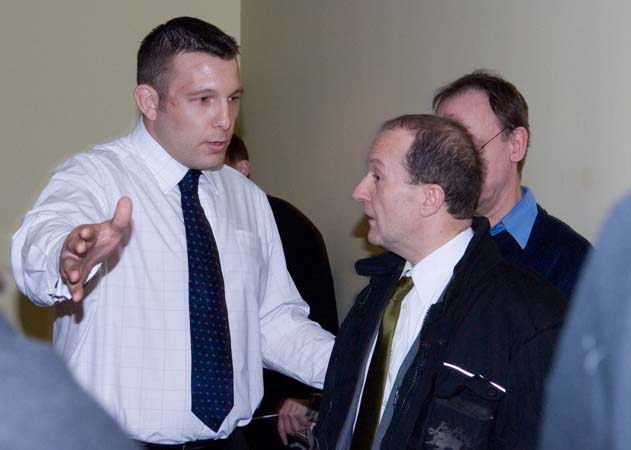 Security ushers protesters from the conference 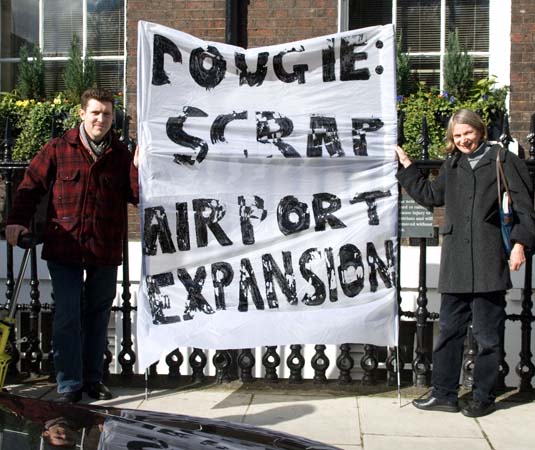 Councillors and residents outside the conference 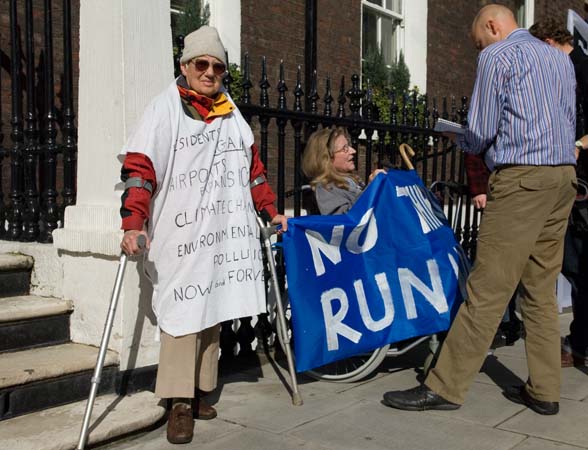 1pm - Londoners facing house demolitions and increased noise from government plans for expansion of Heathrow today took direct action against the plans for the first time. They stormed the stage at an aviation industry conference and disrupted an address being made by the Transport Minister, Douglas Alexander.

The residents from the West London villages of Sipson and Harmondsworth joined environmental activists from climate action group, Plane Stupid, and breached security at Chatham House. Some unfurled a banner reading, “No third runway” whilst another went nose-to-nose with the Minister in front of the conference delegates. Other residents with banners demonstrated outside the conference centre.

He added, “We’re glad to be joined by our eco-warrior friends from Plane Stupid. They’ve done this kind of thing before and have been helpful with their direct action training over recent weeks. I think it’s safe to say there’s more of this to come.”

Plane Stupid shot into the headlines with their blockade of an airport runway at Nottingham East Midlands short haul airport in September. The group have also occupied BAA and Easyjet offices in recent months, and organised November’s national day of action against short haul flights.

Plane Stupid’s Richard George said, “Whist Ministers like Douglas Alexander preach about action to stop climate change they’re concreting over local democratic opposition to new runways with their plans to cater for unnecessary and climate-wrecking short haul flights. It’s not surprising that having failed though conventional protest, the residents have decided to up the ante.”