About 80 to 100 brave Eritreans turned up outside the Eritrean embassy today (saturday 8th Dec 2006) to commemorate the International Human Rights Day and demand freedom and justice in from the government of their country. (Photo plus background below. Video to follow) 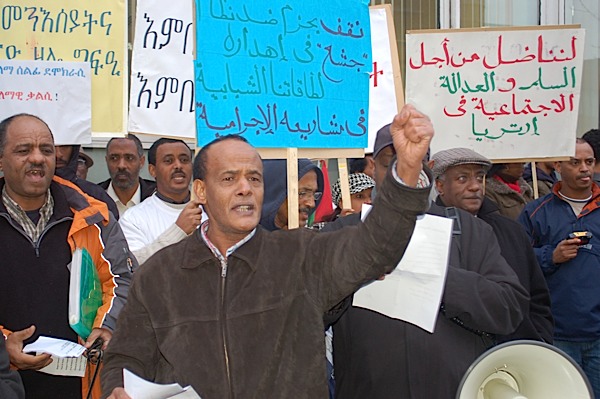 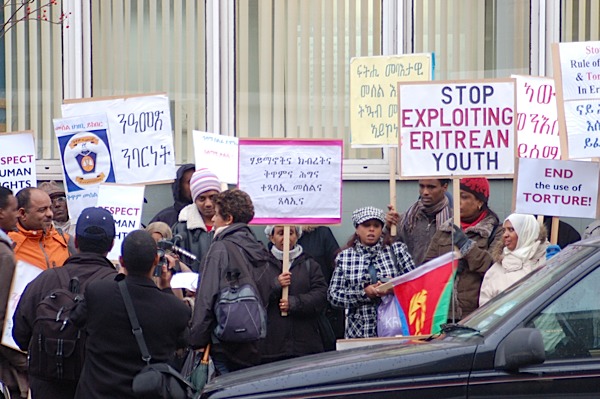 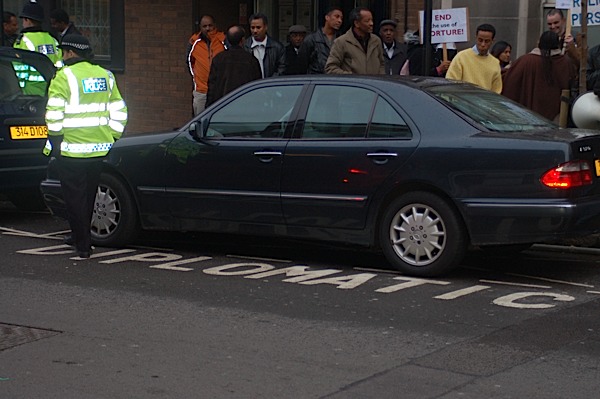 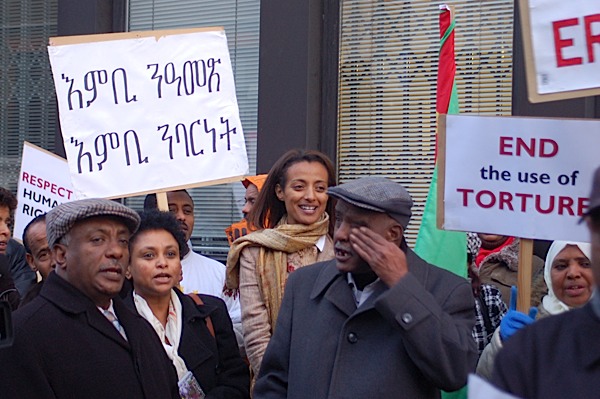 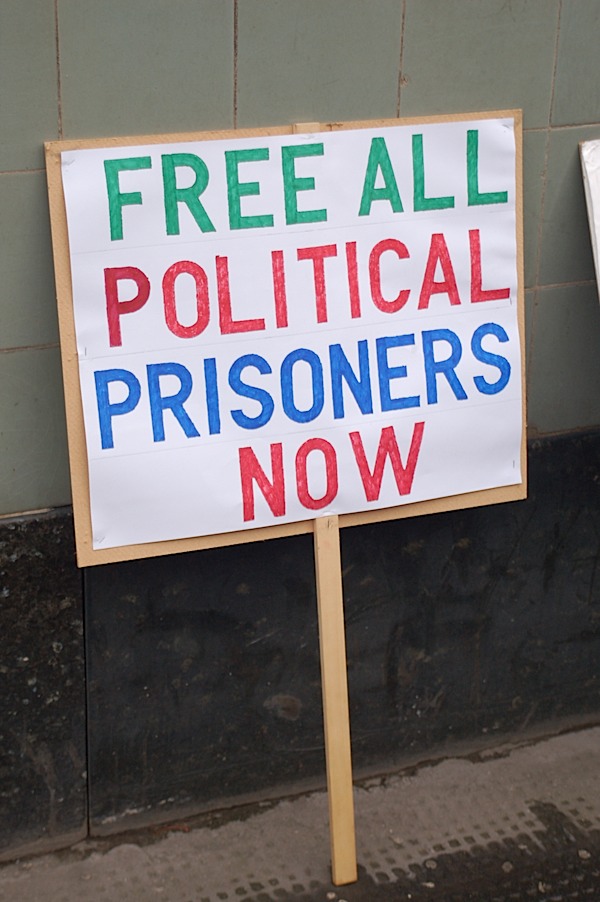 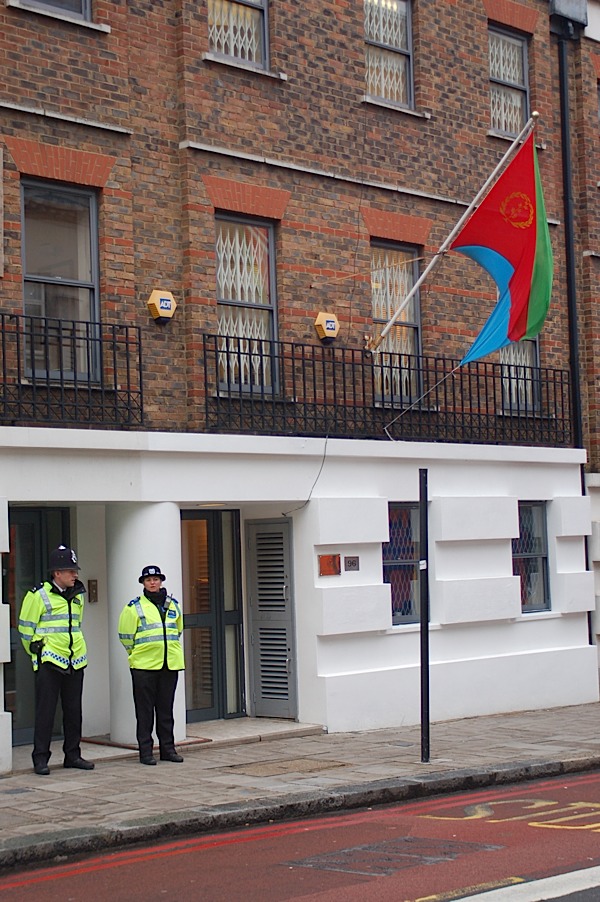 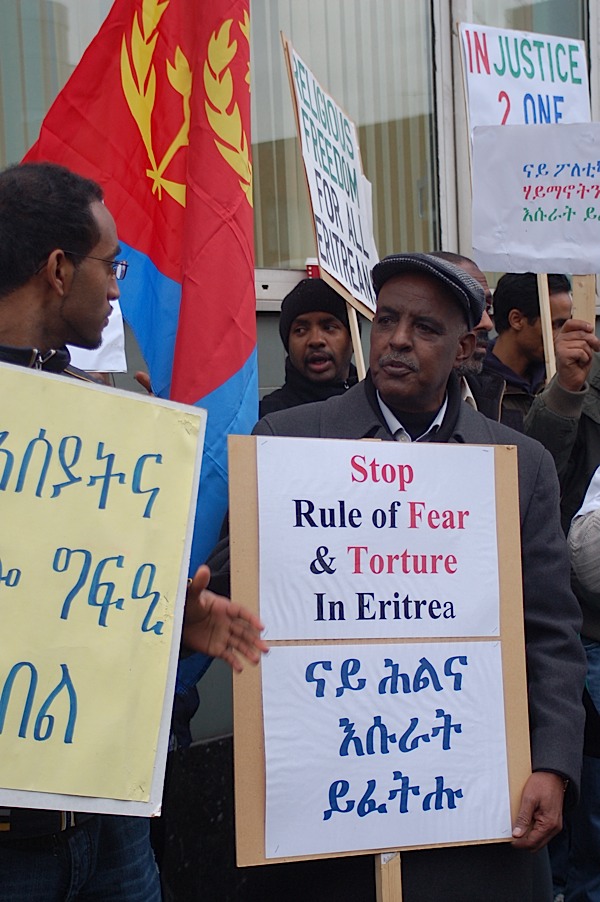 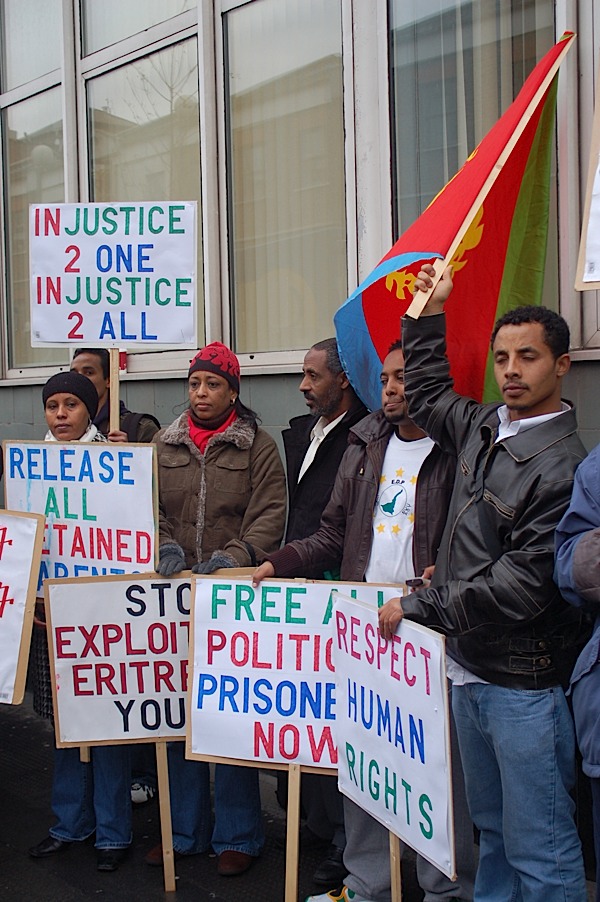 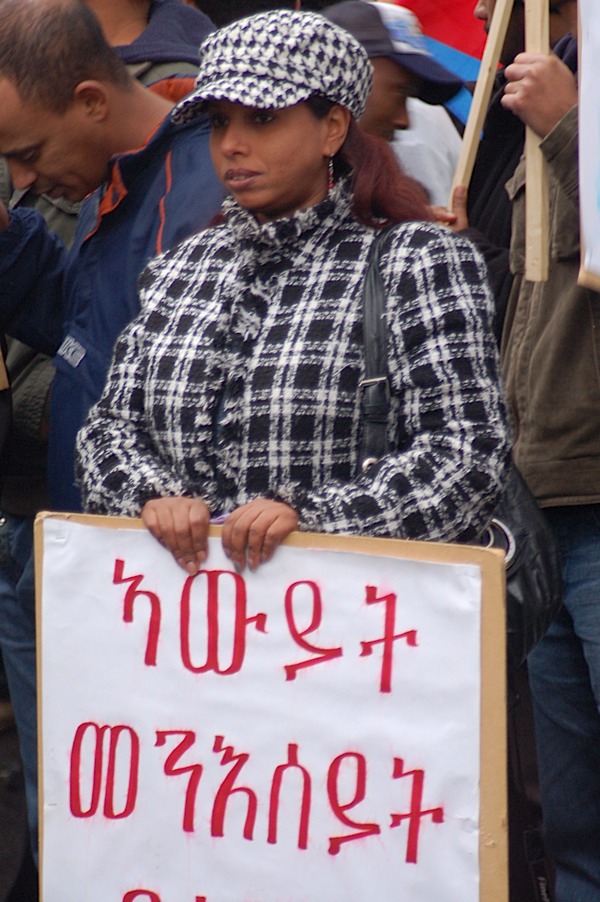 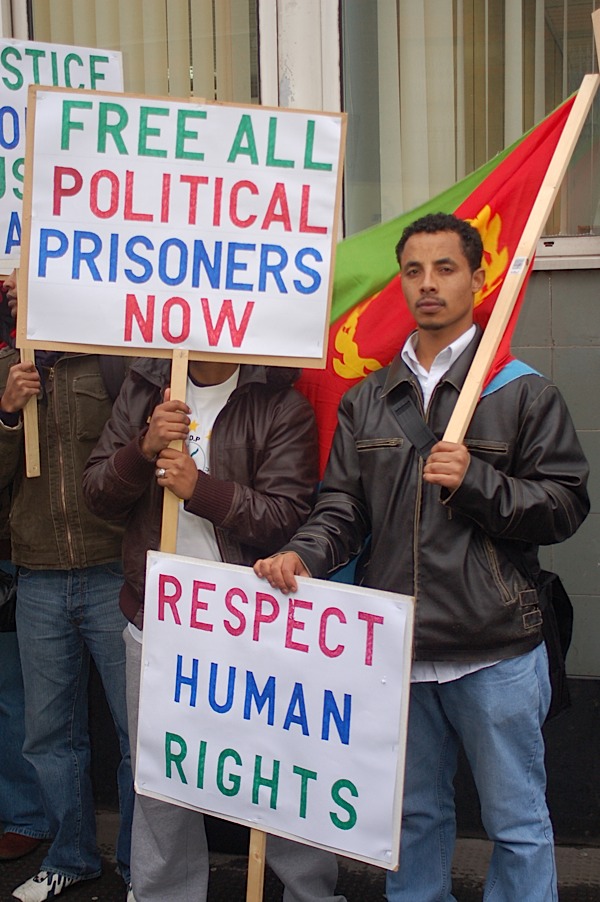 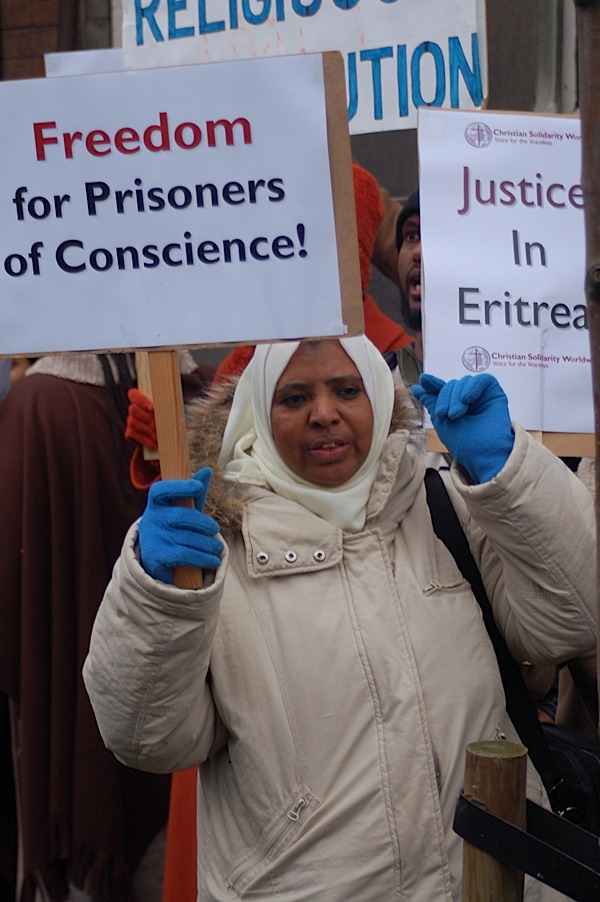 Nearly 10% of Eritreas 4.5 million population are conscripted into national service and provide the military dictatorship with a cheap workforce. All Eritrean men and women from the age of 18-40 are forced into demoralising jobs in government departments or be made to build the nation’s undeveloped infrastructure for effectively zero wages. Conscientious objectors are rounded up in frequent raids and incarcerated in prisons or sent to the infamous Sawa camp.

Sawa is a brutal military training camp where the country’s school age chidlren are sent for “education”. The brutal reputation of this camp, where rape and torture have been well documented, instils an awesome fear into Eritrea’s youth.

Tens of thousands of Eritrean have fled the country seeking a safe refugee and freedom. Several thousand prisoners of conscience are detained without charge or trial in Eritrea. Life in the country is increasingly characterized by random disappearances, with people being arbitrarily detained without any official notification to family or friends.

Eritrea is currently a mass of detention centers. Prisons are so overcrowded that airport hangars, shipping contains, police stations, schools and other unsuitable accommodation function as long or short term holding cells for the country’s burgeoning population of detainees, despite lacking adequate sanitation and other facilities.

As well as political dissident and journalists, over 2000 christians are currently detained, for the most part without charges. On 22nd May 2002, the Eritrean government ordered the closure of all churches not belonging to the Orthodox, Roman Catholic or Lutheran denominations. In October 2006 it was reported that two young Christians, Immanuel Andegergesh and Kibrom Firemichel were tortured to death two days after having been arrested for holding a religious service.

The pervasive use of torture and extra-judicial killings in the country's many detention centers, closing down of independent media and imprisonment of the journalists, has enabled the government to keep the population under complete control.

Among the demands being made of the regime in Eritrea is the release of journalist jailed and for no further repression on the media. While the world media was focused on the attack on the twin towers, the Eritream regime swooped on all the independent media outlets on 18th September 2001, and shut the down. For 5 years 16 journalists are known to have been held in prison and just last month at least nine more imprisoned without explanation (http://cs.asmarino.com/index.php?itemid=138). Reporters Without Borders, cite Eritrea as a media “black hole” ranking second worse in the world to North Korea.

"The media is a central component of any democratic society and therefore this continued arrest of journalists has set a very bad precedent for Eritrea and is highly condemned,” said Hassan Shire Sheikh, Chairperson of the East and Horn of Africa Human Rights Defenders Network.