This is a short piece with 10 photos about the protest outside the EU Commission Office in Edinburgh today.
The protest was about the withholding of aid to the Palestinians by the EU and also for justice for James Miller and Tom Hurdnall who were shot by the Israelis. 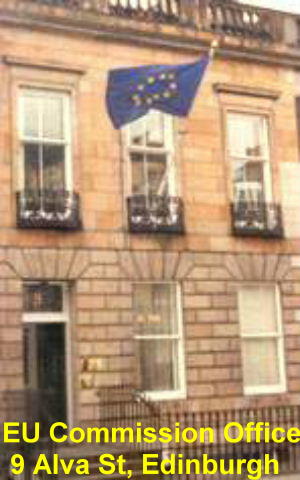 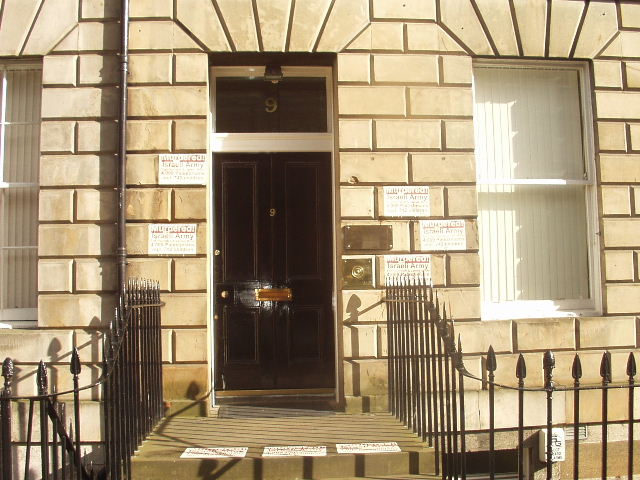 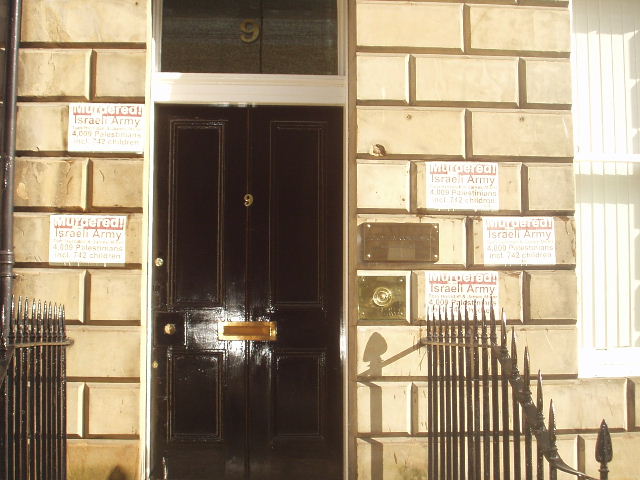 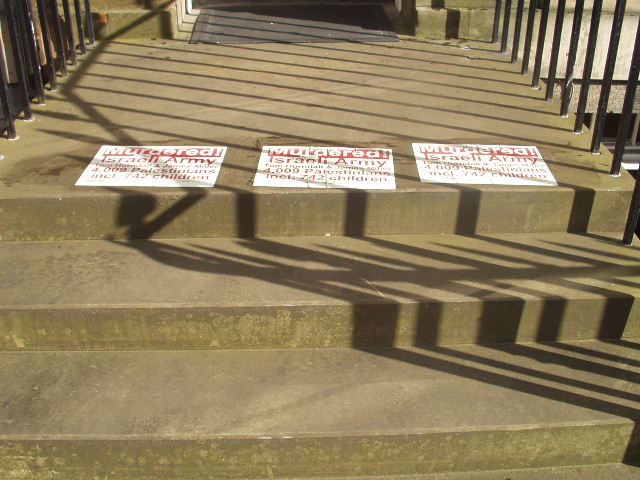 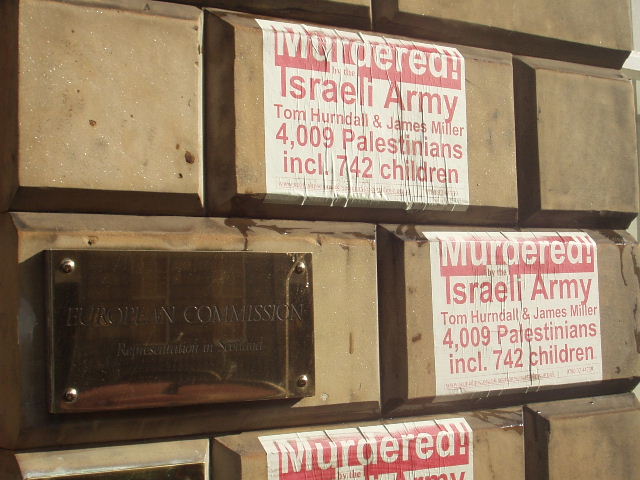 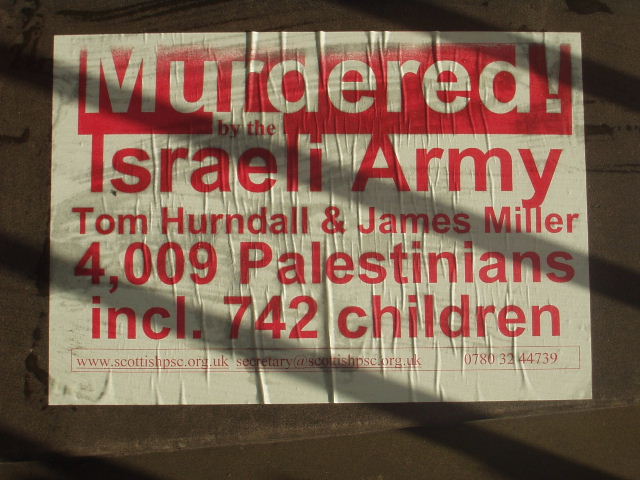 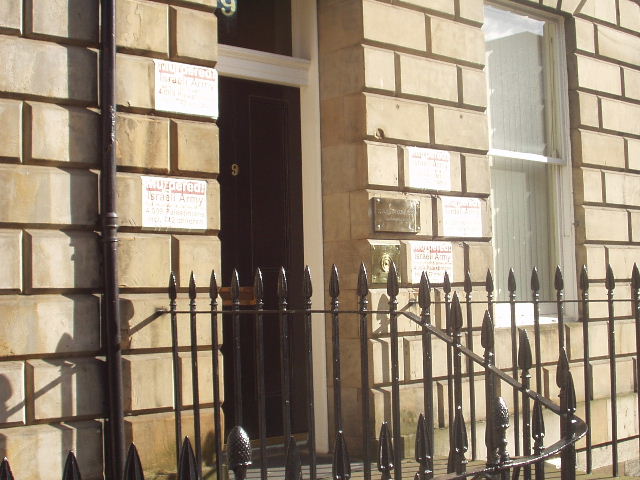 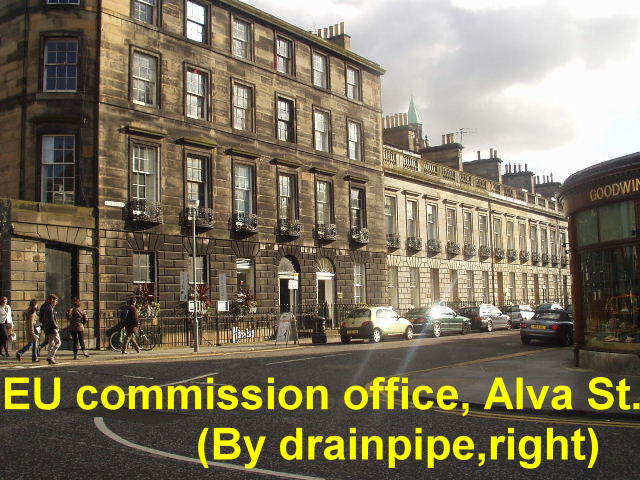 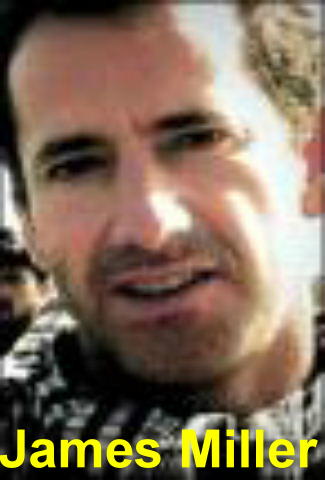 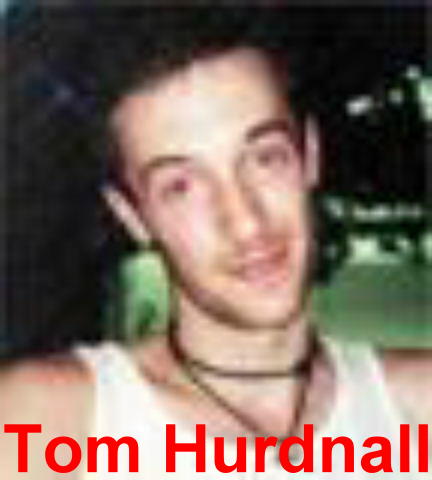 There was protest outside the EU Commission Office in Alva Street in Edinburgh’s West End between 4 and 6 pm today.

The protest was about the withholding of aid to the Palestinians by the EU and also for justice for James Miller and Tom Hurdnall who were shot by the Israelis.

What does the European Commission Office in Scotland do? (From website)

“We report back to Commissioners and officials in Brussels on EU-related aspects of Scottish political and business life and help people here in Scotland to have a better understanding of European issues and the Commission’s role in the EU.
A major task of the office is to follow the EU-related work of the Scottish Executive and the Scottish Parliament. We have regular contacts with Ministers, MSPs and with the permanent staff of the Executive and Parliament.
The Office handles a wide range of Scottish press and media enquiries on current EU issues. Press releases issued by the Commission in Brussels are readily accessible via the web here.
If Scottish journalists have any further questions, we are happy to hear from them and will advise on any aspect of EU policy with impact in Scotland.”


Eight Posters condemning the Israeli army’s shooting dead of peace activist Tom Hurdnall and cameraman James Miller were pasted to the walls and steps of the offices.

Tom Hurdnall was a 22 year-old peace activist who was shot dead in Gaza in 2004:

James Miller was a Channel Four cameraman who was shot dead in Gaza in 2003: