Round up report of worldwide anti-war demonstrations March 18th

This is a 560 word round up of the main anti-war demonstrations of Saturday 18th March with 8 photos. 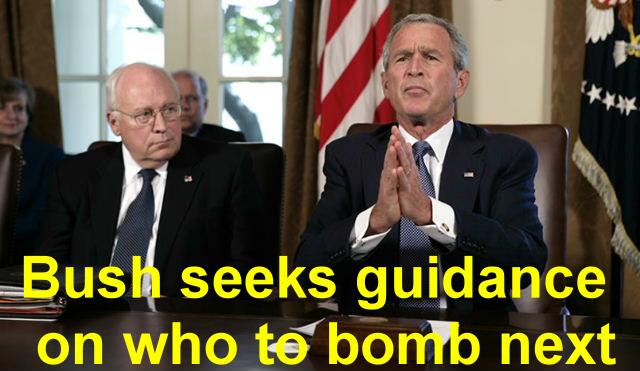 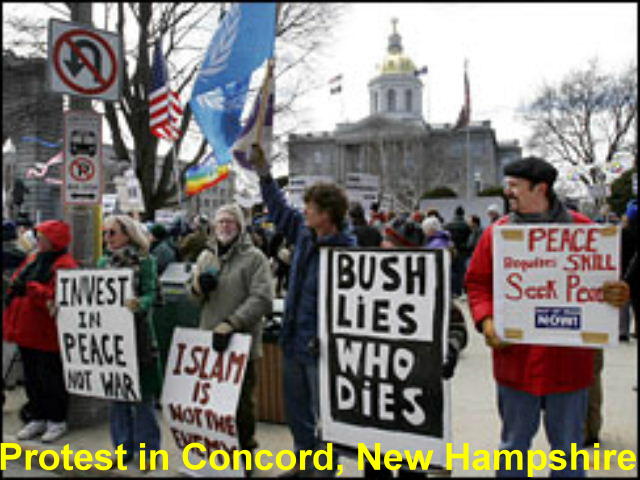 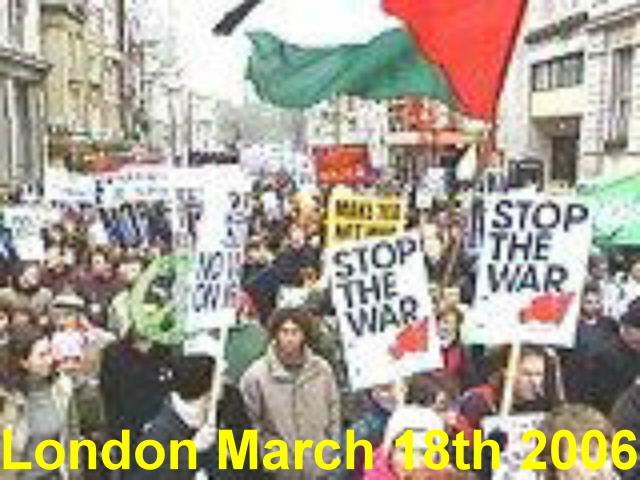 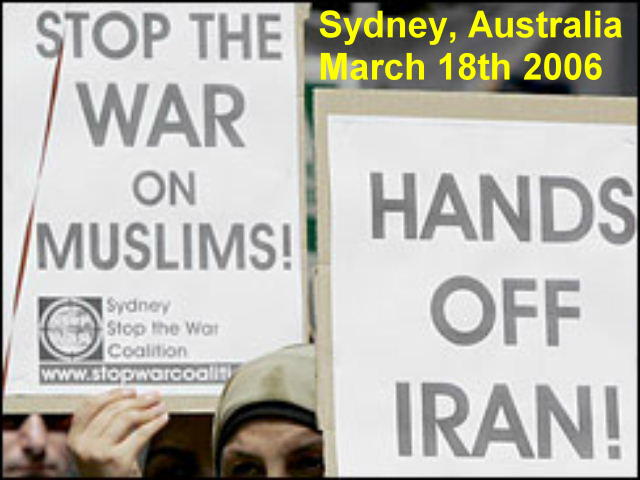 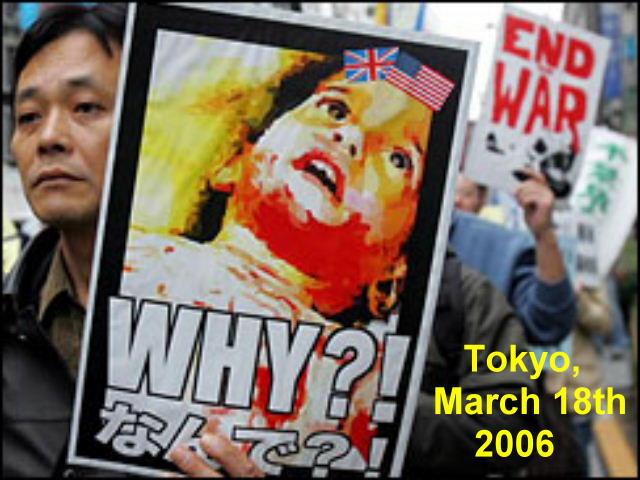 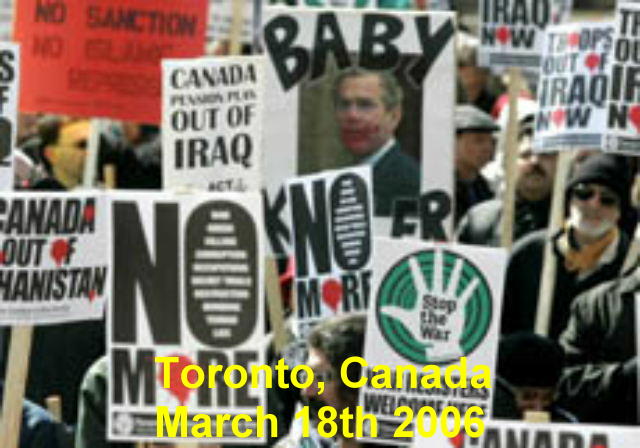 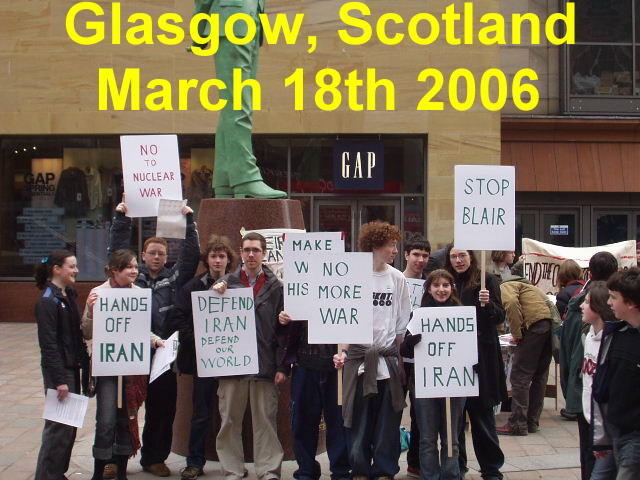 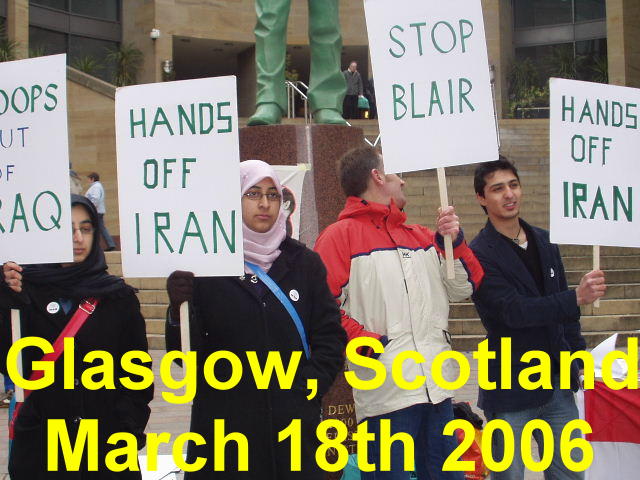 
Saturday March 18th saw the third anniversary of the US led invasion and occupation of Iraq. There were over 250 demonstrations around the world including protests in Iraq itself – in Basra and Baghdad. The UK demonstration was in London where a march was held from Parliament Square to Trafalgar Square. The police estimate of 15,000 was widely quoted by the media including the early evening Channel 4 news and the BBC Radio 4 news. The march organisers feel this was the figure at the start of the march in Parliament Square but many more people joined afterwards giving a total of 80,000 to 100,000.

Here is how the BBC website reported the event:


Here is an early report from Indymedia along with some photos:

There were demonstrations in Australia where 500 took place in Sydney and in South Korea where an estimated 3,000 are due to take part on Sunday. Here is the early Al Jazeera report:

There were demonstrations in cities across the USA including New York, Washington DC, Boston, Detroit, Los Angeles, San Diego as well as smaller communities like Naples, Florida and Boise, Idaho. In Canada there protests in Calgary, Edmonton, Montreal, Ottawa, Quebec City, Toronto, Winnipeg and Vancouver.

Here is how CBS news reported the worldwide demos:

Here is the CNN version:

Here is a round up of reports in the Seattle Post Intelligencer:

Across Europe there were demonstrations in Spain (Barcelona, Madrid, Almeria and Valencia) in Italy (Rome), in Denmark (Aalborg, Arhus and Copenhagen) in Amsterdam, Berlin, Budapest, Stockholm and Paris. Eastern Europe saw demonstrations in Warsaw and Slovenia.

In Scotland there was a small but lively protest by the Donald Dewar (former Scottish first minister) statue. Several dozen people carried placards and banners reading `Make War History`, `No to Nuclear War` and `Hands off Iran`. The Bob Dylan song `Masters of War ` was played:

There were chants of “Troops out of Iraq, hands off Iran!” as the 2 and a half hour protest finished around 2.30pm.

The US military are engaged in a savage bombing campaign against Samarra, north of Baghdad – there was little coverage of this in the media. There was a small piece on page 6 of the `Daily Mirror` headlined `US Troops in major air attack`. The Daily Express had a paragraph at the bottom of page 25 saying `-1,500 American and Iraqi troops intensified their blitz on insurgent strongholds 60 miles north of Baghdad. ` There was no mention at all of this in the Sun or Daily Record and nothing on the front pages of the Independent, Times or Guardian. There was nothing about this attack, which involved some 50 US helicopters, on the early evening Channel Four news or 7.30pm BBC1 news or BBC Radio 4 10.00pm news.