"The Greatest Battles are yet to be Won"

At last the truth behind the endless stream of 1984-type propaganda against Iran has finally emerged on the fringes of the British mainstream media (MSM). 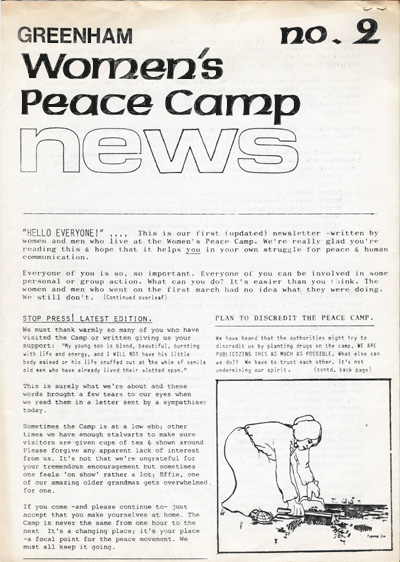 In the cover story of the current NEW STATESMAN, the well-respected investigative journalist, John Pilger, reveals how the recent manoeuvrings at the International Atomic Energy Authority and the incessant demonizing of Iran by washed-out quislings like Blair and his 'man-of straw' Foreign Secretary are nothing more than a campaign to prepare the public for another illegal war.

Pilger suggests that Blair suffers from unbalanced delusions, the type to which those of a shallow nature are particularly prone. I have always thought that behind Blair's false niceness there lies a thoroughly nasty psychopath, a "prick with no conscience". Not long ago, David Shayler, ex-MI5 whistle-blower revealed that during his days as an operative he came across a dossier revealing that Blair had been recruited by and worked for MI5. Posing as a fashionable leftie, Blair joined organizations like CND to befriend other activists and then shop them to the spooks.

When I read that I felt no surprise. Having played an active part in the Peace Movement in the 1980's, during which time I spent some considerable time researching Cold War organizations, I knew that young Labour politicians have been traditionally recruited by the secret services in order to infiltrate and divide the Labour Party in order to water-down and then rid it of any popular commitments its grass-roots constituency parties had secured towards, for example, unilateral nuclear disarmament. Commitments obtained through hard lobbying of the labour movement using the democratic process were finally trashed by the Party being infiltrated and hijacked by pro-NATO stooges, culminating in the infamous Gang of Four, Jenkins, Rodgers, Williams and Owen who, by breaking away from the Labour Party to form the short-lived Social Democratic Party (SDP) dealt a mortal blow from which Labour never recovered.

Having performed their task, a totally demoralized and direction-less Party was open to take-over by pseudo lefties such as Blair and his entourage who, unbeknownst, were actually secret-service spooks whose job it was to take control of the Party and put it in the hands of Washington's Military-Industrial-Complex. In this way came about that most unlikely Axis of Deceit and Evil between a 'New Labour' Premier and a Nazi masquerading as a Christian Fundamentalist. In this obscene relationship it was left to Blair & Co to conduct much of the diplomatic work needed to spread the War virus throughout the rest of Europe and elsewhere. A task which he and his cohorts have carried-out successfully.

The sad thing is that he has been able to screw us all and get away with it for quite so long as he has. And the responsibility for that has to be taken by a Left opposition so weakened and demoralized from an 18 year Tory onslaught on the British Welfare State that it never recovered. So, almost a decade later, the Left opposition remain in total disarray, unable to do anything to defend itself from having its face rubbed into the ground by Neocon jack-boots.

How things have changed.

Forty years ago, a candidate for the US presidency, Senator Barry Goldwater, blew his chances of attaining high office by bragging that he would not hesitate to use tactical nuclear weapons against the then Soviet Union. That really freaked the US electorate who voted-in Lyndon Johnson. Twenty-five years ago, when the USA through it's cats-paw NATO announced the deployment of medium-range nuclear Cruise and Pershing missiles in what it called a 'European Theatre of War' there was such great public reaction as to lead, almost overnight, to the blossoming of a huge international peace movement. The largest movement of its kind in recorded history.

Twenty five years on and what we have is a President --if that's what you call a terrorist who hi-jacked the White House by fixing two presidential elections-- who has authorized the use of nuclear weapons in a first-strike, 'pre-emptive' attack on any country that the US Pentagon might decide to take out. A war-strategy most likely to be used, in the near future, against Iran. Twenty five years on and where are the voices of protest you might expect from the Left?

What happened? Where did they all go? Into early retirement?

Has the 'Anti-War' Movement, as it now calls itself , given up? Run out of energy and ideas? Has it become infiltrated by Government spooks or is its inability to stand up to fight another battle --the most crucial one yet-- a silent acknowledgement of defeat?

We have the Internet now. A tremendous vehicle to get out information lightning fast. No more need of slaving away hours over a clapped-out old mimeograph. Go back to the cartoon at the top of this article. It was included in the second bulletin published by the famous Women of Greenham Common. A bulletin that travelled across the world and inflamed the hearts of countless folk, women and men. I know it did because I can proudly tell you that it was I who had the privilege to put their bulletin together, type it up, pick that cartoon, have the whole thing printed and taken by motor-bike to the Camp for delivery.

Oh, I can tell you more of the things we did, the initiatives we took to set the world alight with that Peace Movement! Maybe another day.

But why I draw your attention to that picture is this. If a group of disparate hobbits could have got together to achieve the wondrous miracle that our collective efforts led to then we can do it again.

That is why I am calling to you directly, whoever you are and wherever you live on our beautiful, blue planet. In the name of everything you hold precious and holy in your life, prepare yourself now to take part in the greatest battle that humanity has ever had to fight. Prepare yourself now, not for war but to make Peace. Peace with yourself and with your brothers and sisters all over our planet. Prepare yourself for a struggle not just in your interest, but in the name of all our ancestors who had to struggle for what we have now.

Declare yourself to be a Planetary Citizen and take the message of Peace out into your community. Warn others of the danger. Tell them how the evil Bush/Cheney junta and their assorted minions are preparing a Nuclear War. Have the courage to speak your truth, to demand that these evil warmongers should be stopped, arrested if necessary to be tried for their war-crimes. Do not allow yourself to be bullied into silence. There are many out there just waiting for someone to come along and blow the whistle.

Be that someone before it is too late!