On wednesday 100 vigils were called in 100 diferent places across the country to remember those that have died in Iraq. The event coincided with the death of the 100th British Soldier. Below are some pics from Whitechapel. 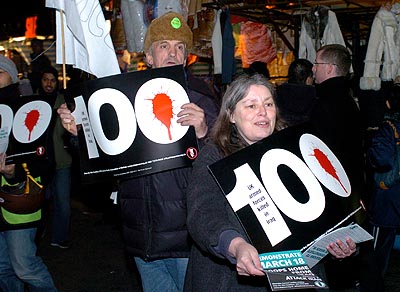 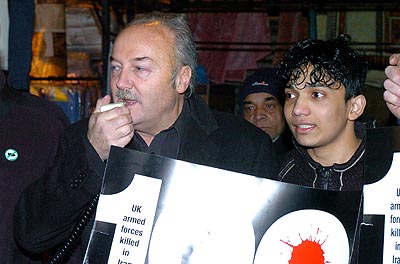 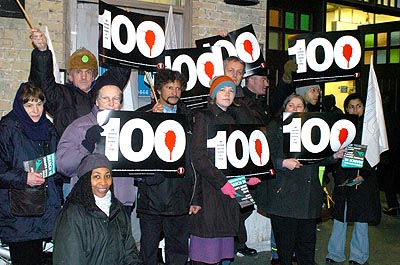 Add 3 zeros for the number of Iraqi dead.

Around 30 people from the diferent communities that make up Tower Hamlets showed up to read the names of dead british soldiers and Iraqi civilians.

One point made by both the speakers at this event was that despite the media overkill on British servicemen noone is really bothering to count the Iraqi deaths. There are also the Iraqis who are dying from treatable conditions or poverty related illnesses as a direct result of the war.

At one point the local MP was mobbed by around a dozen Bengali 16 year olds. They did not seem particularly interested in Iraq but were desparate to know what Chantel from Big Brother is really like. Ho hum.....