Want to stop this from happening? Take Action! 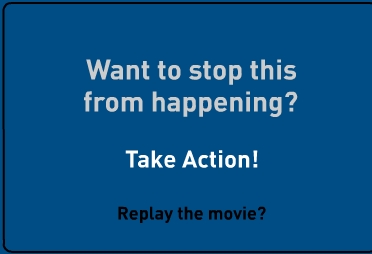 AUSTRALIA: Here is a story that throws some light on two warm, if not warm to hot, button issues. Corporate pork in the sneaky Bracks tradition and ID cards in the cadaver mode.

Our story begins in 1982 with the establishment of the company SecureNet. The company is a success led by Geoffry Ross. The principal activities of SecureNet involve the design and manufacturing of encryption devices for voice, facsimile and data transmission systems. The solutions are used to develop complete security policies for companies, including crisis management plans. Applications of its technology are found in the fields "Identity Management (PKI)", "Payment Security" as well as "Smart Card Security" and "Network Encryption".

The market focus of SecureNet is on the Australian and Asian market and aims to expand to North America and Europe.


As the market for SecureNet products is largely restricted to governments and financial institutions, potential clients of SecureNet are limited, leading to the need for Globalization. In order to expand the pool of potential customers, SecureNet tries to make its products accessible to lawyers, accountants and stockbrokers who also have a major need for secure communication. (AsiaBizTech) Governmental clients include the Australian Taxation Office, the Department of Defense, and the Australian Customers Service. Main competitors in the Australian and Asian region are Tailyn Communication Co. of Taiwan, Unimo Technology Company Ltd. of South Korea, and Innovative International (Holdings) Ltd. from Hong Kong.

The move to Hong Kong was made in 1992 , ten years after founding of the company. In 1997 the company listed on the stock exchange and around that time Red fascist China took over Hong Kong.

In 1998 Securenet attracted corporate pork that added up to well over FIVE MILLION DOLLARS from the Federal Government picking winners. Throwing taxpayers money at successful companies is economic lunacy but there is always bi-partisan agreement. Corporate pig troughs must be kept topped up while petty criminals feel the full weight of the laws jackboots.

One of Securenet's great coups in Hong Kong was to get in on the Great Firewall of China. The ' Golden Shield'. They became part of an infamous ID card consortium and made MILLIONS.


April, 2002 =- Hong Kong. On March 21, after a hunger strike by abode seekers entered its fifth day, Hong Kong reiterated that it would not grant asylum to thousands of mainland Chinese who lost their appeals for right of abode. They must leave the territory before March 31 or face deportation. Some abode seekers had said that they would go into hiding in Hong Kong, rather than return to China.

On March 25, a judge urged the Immigration Department to consider negotiating with mainland authorities for an extension to the March 31 deadline because he is concerned that those with genuine cases will be prosecuted in China if they do not return to the mainland. The government has yet to decide on 800 abode applicants and there are another 274 cases in dispute. The judge has ordered that these abode seekers not be removed from Hong Kong, despite the March 31 deadline, until seven days after formal orders are made by the court.

Nearly 1,600 mainland Chinese returned to China from Hong Kong just before the March 31 deadline. Another 1,300 are yet to return home.

Hong Kong will begin issuing so-called smart cards with biometric data. The mandatory cards are primarily aimed at controlling Chinese immigration. The government hopes to launch the smart cards by 2003. Officials estimate that it will take seven years to distribute the mandatory cards to all Hong Kong residents, ages 11 and up, and that the new system will cost $400 million.

Besides using them as simple IDs, people in Hong Kong will use their cards to bypass the long waits when leaving or entering the region. Smart-card holders will go through Hong Kong immigration using self-service kiosks that match digital biometric data on the card against the cardholder's fingerprint image read by a scanner.

1. This is a special report asking the Committee to give its urgent attention to the fact that the newly inaugurated Hong Kong Special Administrative Region Government ("the Government") has passed new legislation to deport children, who have right of abode in Hong Kong and, most of whose both parents have resided in the territory.

HK to Deport Overstayers After Mob Attack
The Hong Kong government said on Thursday it would immediately deport mainland Chinese overstayers after a mob set ablaze the territory's immigration office injuring 50 people, seven of them critically, according to Chinadaily.

The Wednesday evening attack was the latest in a string of violent incidents involving mainland Chinese seeking residency rights in Hong Kong.

"We will immediately deport those who can be sent back...they are those who have no stay of deportation or those whose cases have already been rejected by the courts," Immigration Director Ambrose Lee told reporters.

Lee did not say how many people could be deported but an immigration department official said up to 1,000 people could be sent back to the mainland as a result of the decision.

There are some 6,000 mainland Chinese overstayers in Hong Kong claiming residency rights. At least 5,000 are involved in lawsuits and have been given orders for a stay of deportation.

In Wednesday's attack, 20 mainlanders, angry after being denied local identity cards, torched the 13th floor of the Immigration Tower after dousing it with an inflammable liquid.

The fire was put out by the building's sprinkler system.

The incident, which left 23 immigration officials injured, one of the critically, drew criticism from the government and newspaper editorials on Thursday called for swift action to punish those responsible.

The government said six of those involved in the attack, including two women, had been detained. They had yet to be charged on Thursday. Without ID cards, they will have problems opening a bank account or even applying for a library card.

Anyone who intends to stay in Hong Kong for a period exceeding 180 days must apply for a Hong Kong Identity (HKID) Card from the Immigration Department within 30 days of arrival. In relation to your studies here, the duration will be less than 180 days if you are enrolling for one semester. Students studying one academic year will need to apply for a HKID card. We will inform you the procedures separately upon your arrival.

Hong Kong law requires that official personal identification be carried at all times. Persons who fail to comply with this requirement risk being fined and/or deported by police/immigration if caught. While in Hong Kong, either while visiting or prior to obtaining a temporary ID card, you should carry your passport all the time.

Around 2003 I ran a story or two here about the filthy despicable activities of these Howard government fascists.

Soon after that Rene Rivkin invested in them and tried to force a shareholder payout - some 68 Million in the cashbox I believe. He failed and a mysterious company from very near Langley bought Ross's company and another strategic aquisition near Canberra as well.

After 9-11 you can't be too careful with security companies that look after outfits like the ACCC and so on. Geoffry Ross did very well out the Betrusted buyout. Rene...not so good but there are always a lot of suicides around these sorts of transactions isn't there?

I mean when you think of all those families being split up it's enough to make anyone suicidal. And with Howards contribution that makes nearly all of us collaborators.

The new company has the same offices though a lot of company history has been wiped. They still have offices in Melbourne, Sydney, Singapore and Hong Kong.

I think my cadaver card will go straight into the microwave.