Picture a typical activist protest - DSEI, G8 or Critical Mass.
Blend in a movie with villagers, flaming torches and pitchforks.

Welcome to NOTRAG, No to the Third Runway Action Group, 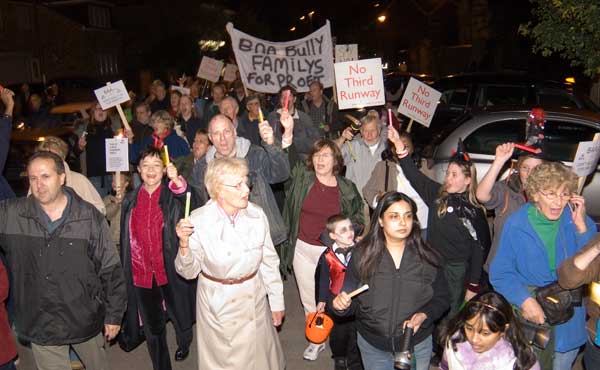 More than 250 people take to the streets 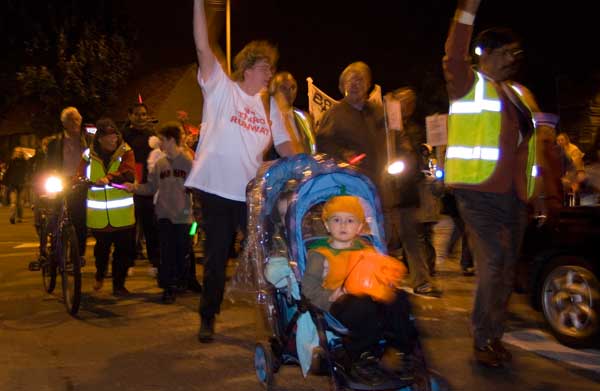 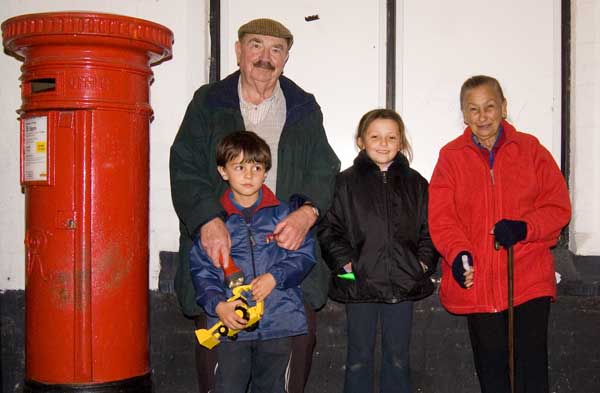 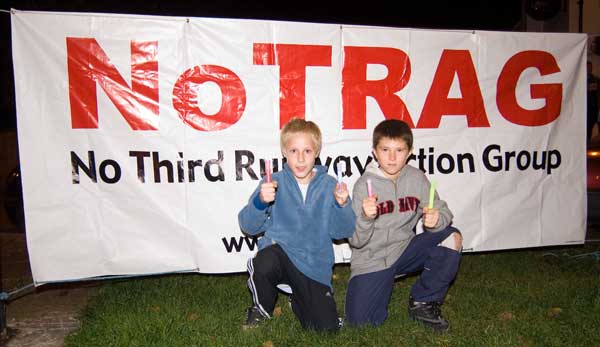 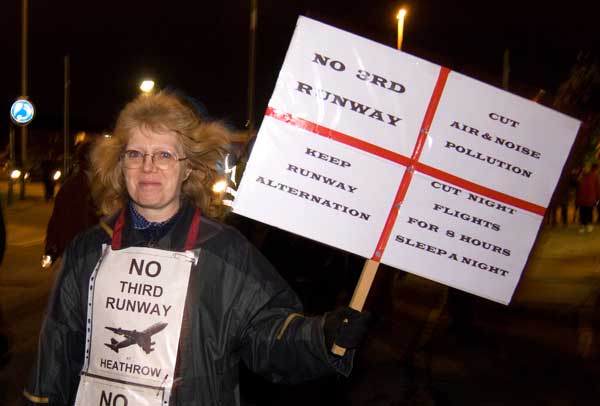 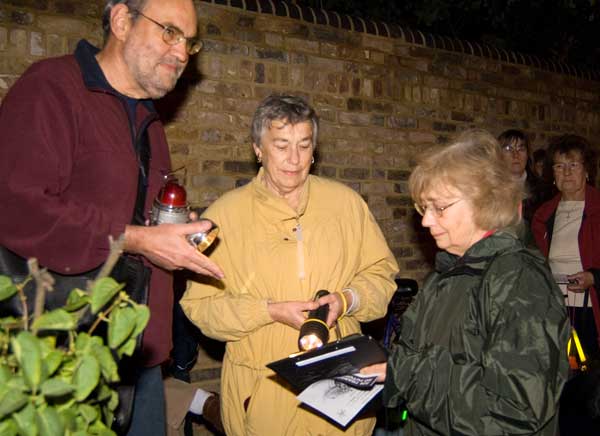 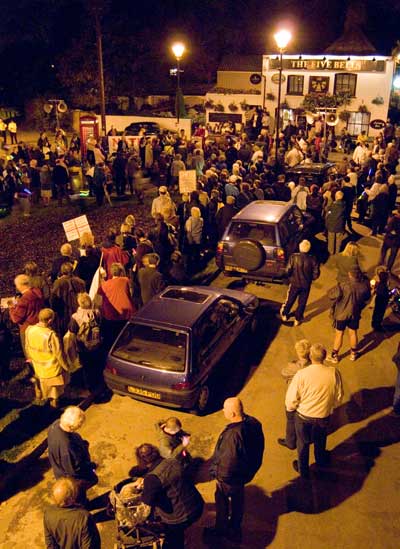 The crowd at Harmondsworth

But before you smirk, more than 250 of Heathrow's neighbours took to their streets, their lanes (WHOSE LANES? OUR LANES) tonight to protest against BAA's cynical plans to further expand London's primary cancerous airstrip.

Babies, kids, couples and grannies marched the two miles from Sipson Village to Harmondsworth, the two villages destined for demolition to bookend the proposed new runway, obliterating Heathrow Junior School at touchdown. A couple of miles to our left a plane landed or departed every 45 seconds - a new runway would double the area blighted by the Heathrow monster.

Speakers included Father Phil of Harmondsworth Parish Church (graves slated to be concreted over include that of Richard Cox, father of the iconic apple orchards obliterated in previous Heathrow developments) and Sarah Ludford, Lib Dem MEP for London.

"It's not just about the five villages" she said, "it's about all of London".

"We need to involve everyone who's life will be blighted by this development".

Local Labour and Conservative MPs pledged their support in the usual manner - but (busy presumably with constituency work) they were unable to be present.

At six thirty, after a brief fireworks display, coaches arrived to transport people back the 2 miles to the start of the march. Without massive support, it's only a matter of time before they're being bussed away from their demolished homes.