first ever lock on in Icelandic history

photos and report on actions against a dam beeing built at europeans last wilderness in the heart of East Iceland. 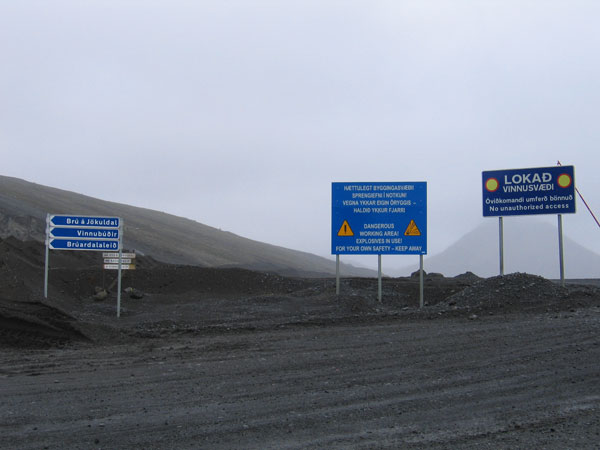 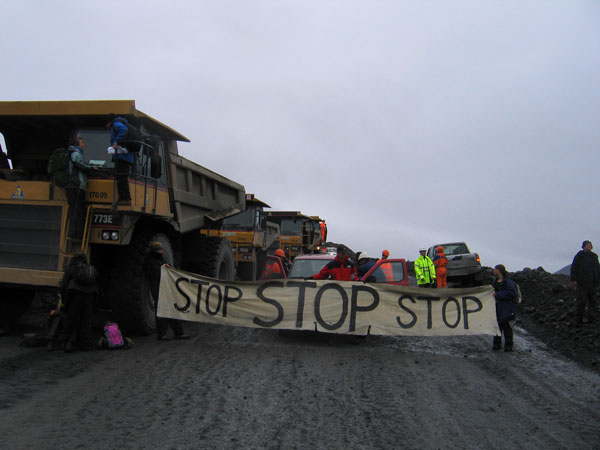 traffic stopped at main the junction 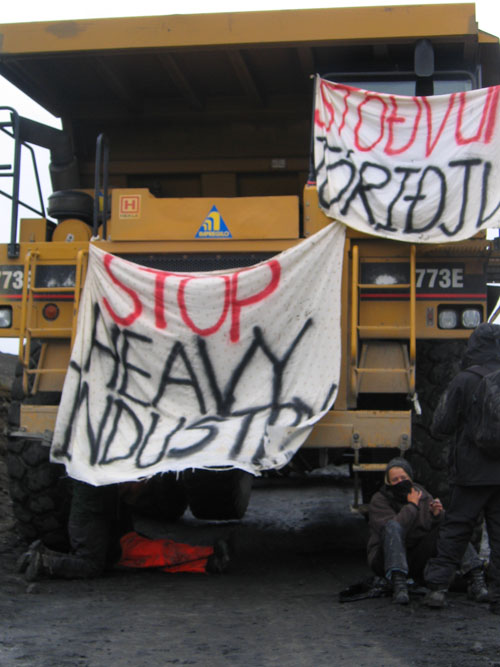 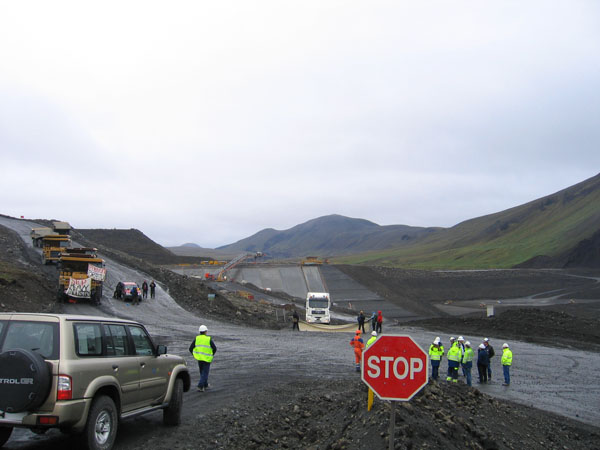 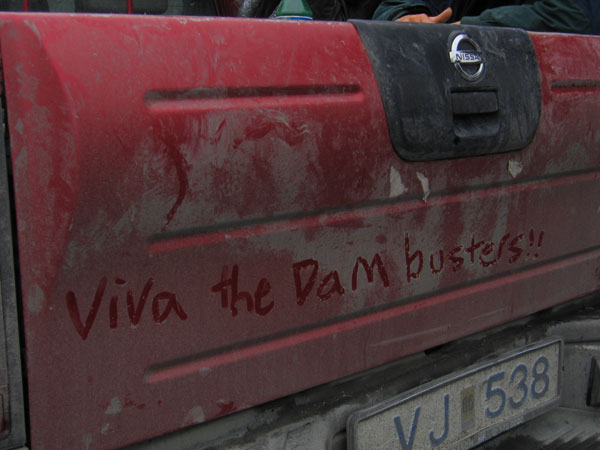 dusty graffity on locked on car 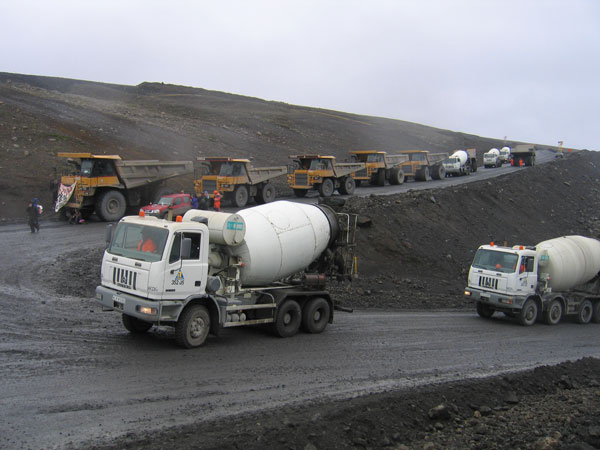 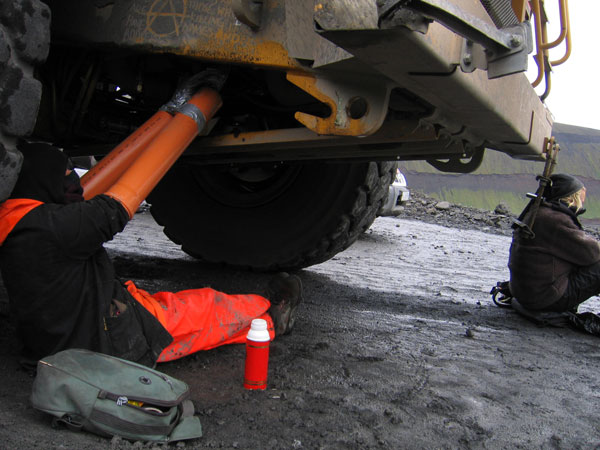 We have gathered to protest the continuing devastation of global ecology
in the interest of corporate profits. The struggle to save our planet, like the struggle against inhumanity,
is global, so we have to be too. We are here to prevent the Kárahnjúkar
Dam project from destroying Western Europe’s last great wilderness.

Dodgy Italian construction conglomerate Impregilo, is in charge of building most of the dam . One of Impregilo's consultants has already been found guilty in 2003 of offering bribes to a Lesotho hydro-electric firm, and the company itself will face another hearing before the Lesotho courts in April 2005. Impregilo were also involved in building the Argentina's Yacyreta dam, which went almost $10 million over budget and was labeled by President Carlos Menem 'a monument to corruption' . Impregilo were also one of the firms planning to build the infamous Ilisu dam in Turkey which, had it gone ahead, would have made 30,000 Kurds homeless and drowned the world historic site of Hasankeyf..

Aluminium smelters emit enormous quantities of greenhouse gases. In 2001, super-clean Iceland was able to negotiate a 10% increase in permitted emissions under the Kyoto protocol - the biggest increase in the world. In effect, Alcoa is buying Iceland's licence to pollute, as well as cheap electricity. The ministry of environment also gave Alcoa a licence to emit 12 times the level of sulphur dioxide the World Bank expects from modern smelters. SO2; and fluoride, the most dangerous pollutants in terms of public health and land damage, will be pumped directly into the air via giant chimneys.

Many geologists fear catastrophic results, especially as construction is on a substructure weakened by geothermal fissures. Thorsteinn Siglaugsson, a risk specialist, prepared a recent independent economic report on Karahnjukar for the Icelandic Nature Conservation Agency. It states that the project would never have attracted private finance: "Karahnjukar will never make a profit, and the Icelandic taxpayer may well end up subsidising Alcoa." A respected figure of the Icelandic university sent out an email declaring that it will take the Icelandic government 250 years simply to recoup the financial costs of the dam (which is unlikely to be operational by that time). Nobody will be making a profit except for Alcoa. The only explanation for this project is one which confirms the findings of the 2001 Greco (EU anti-corruption group) report, that "the close links between the government and the business community [in Iceland] could generate opportunities for corruption". This project is corrupt to the core, and it is the first of many planned for the future. Iceland´s unique beauty is-literally- to be sacrificed to power the corporate machine.


On Tuesday 19th July 2005.a group of approximately 20 of us hiked to the main junction approaching the site. Four of our group locked on to a pick up truck and a HUGE caterpillar construction vehicle. We managed to block 2 other access roads and hault work on the site for three hours. This was a first in Icelandic history:the police had to make up a word for “lock-on”. Thirteen of us were “detained”, apparently “arrested”, and later released without charge....with the warning that Impregilo were “looking at this incident with grave eyes” and were likely to make a civil case. Impregilo have since changed their mind. For a change, the media did report that the protesters were “friendly”!