We are launching a boycott campaign against Tesco, the world's
third-largest retailer, for its involvement in item-level RFID tagging
trials. These trials, involving tens of thousands of British shoppers,
set an unacceptable example for the retail industry. 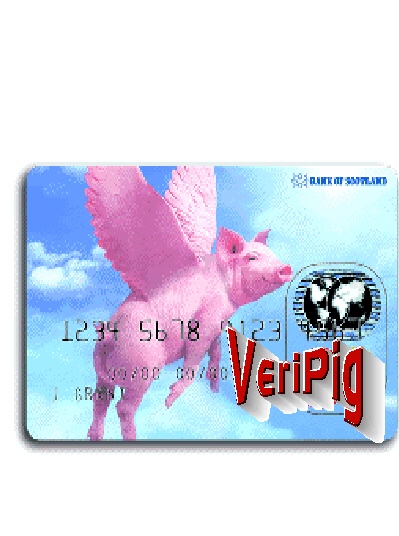 We are launching a boycott campaign against Tesco, the world's
third-largest retailer, for its involvement in item-level RFID tagging
trials. These trials, involving tens of thousands of British shoppers,
set an unacceptable example for the retail industry.

I appeared on BBC's Newsnight program to announce the boycott to
millions of UK consumers last night. (Streaming video of this
announcement will be available online today only; see details below.)
Tesco is taking the boycott seriously and issued a statement to the BBC
acknowledging the trials, while attempting to downplay their
importance.

If you are a Tesco shopper, please join the boycott. Stop by your local
store this week and tell the manager that you intend to shop elsewhere
until they stop putting RFID tags on consumer products. If you cannot
avoid shopping at Tesco, we ask that you purchase only strictly
necessary items there.

Next, please refer friends, family members and colleagues to our
informational website,

http://www.BoycottTesco.com, and ask them to join
you. If you have a website or blog, please print a mention of the
boycott and post a link to the new site.

The boycott will remain in effect until Tesco assures us that no
products on their shelves have been RFID tagged. The only way to stop
the escalation of RFID on consumer products is to send a strong economic
message to Tesco that consumers won't stand for it.

Real Player users can scroll forward to the 30:44 time stamp to view the
Tesco RFID segment.

CASPIAN (Consumers Against Supermarket Privacy Invasion and Numbering)
has launched a worldwide boycott of Tesco in response to the retailer's
escalating use of RFID on consumer products. CASPIAN Founder and
Director Katherine Albrecht made the announcement to millions of viewers
watching BBC Newsnight, the popular UK news program, on Tuesday.

Tesco is the world's third largest retailer, with over 2,300 stores
across Europe and Asia.

RFID stands for Radio Frequency Identification, a controversial
technology that hooks miniature antennas up to tiny computer chips
smaller than a grain of sand to track items at a distance. The
technology raises privacy concerns because RFID tagged items can be
monitored invisibly right through items consumers normally consider
private, like clothing, purses, backpacks and wallets.

Newsnight correspondent Paul Mason said Tesco was taking the
announcement of the boycott "seriously," and read a prepared statement
from the retailer that was intended to assure consumers that the store
did not have plans to track products after purchase.

Mason concluded that "all the big names in this [RFID] industry will be
watching this battle very intently."

Tuesday's Newsnight program will be available for replay until Wednesday
evening at the Newsnight website:

http://www.boycottTesco.com in conjunction with its
boycott announcement. The site details Tesco's RFID involvement,
including its past misconduct with the controversial Gillette RFID
"smart shelf."

Albrecht vows to maintain the boycott until Tesco complies with the
moratorium on item-level RFID tagging of consumer goods as outlined in a
position statement endorsed by CASPIAN and over 40 of the world's
leading privacy and civil liberties organizations. (See Position
Statement on the Use of RFID on Consumer Products at

"We believe Tesco's decision to pursue item-level RFID tagging is
irresponsible," Albrecht added. "We're calling on consumers to boycott
the chain until the practice is stopped. If people must shop at Tesco,
we are asking them to reduce their purchases. After all, as Tesco says,
'every little helps.'"