Below is an all too brief summary of the organisation and activities of CIPO-RFM - a non hierarchical pressure group representing the interests of the indigenous peoples of Oaxaca Mexico. 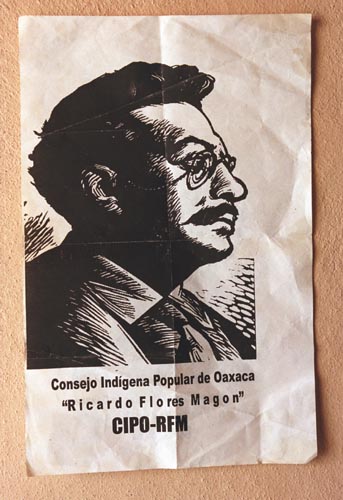 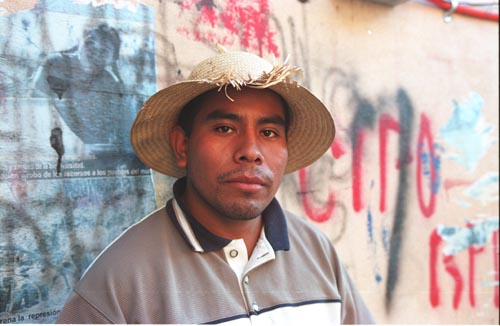 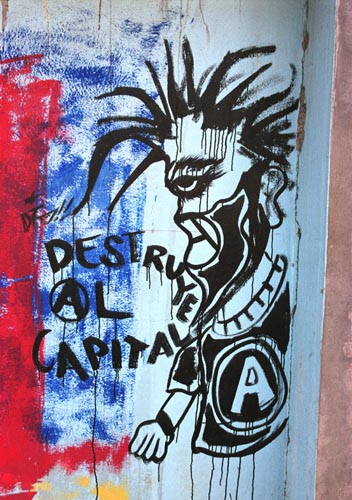 Some artwork at the CIPO-RFM headquarters. 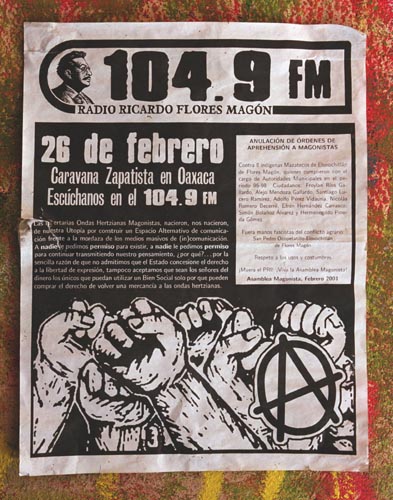 The pirate radio station, a lifeline for activists and communities. 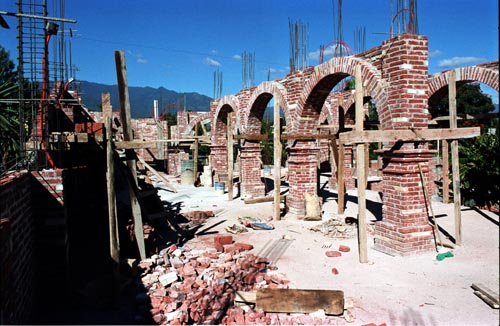 Under construction, the CIPO-RFM cultural centre.

CIPO-RFM stands for Consejo Indigena Popular de Oaxaca ‘Ricardo Flores Magon’, or, in English, the Council of Indigenous Peoples of Oaxaca. We are first introduced to the organisation and its work by an activist named Simon, who we meet near their permanent protest camp in Oaxaca town centre. Ricardo Flores Magon was a Mexican Anarchist and revolutionary who was born in Oaxaca and who died in an American prison at the beginning of the last century. “We never saw ourselves as Anarchists or even political,” says Simon, “but when we read about Ricardo, about his life and work and more importantly his writing, we felt it important to put his name to our organisation”.
The organisation was set up to represent and coordinate the struggle of the various indigenous groups in Oaxaca. CIPO-RFM is not attached to any political, governmental or church grouping. Its policies are decided by elected representatives at democratically organised assemblies. The group does not have any leaders or paid staff. It is committed to direct action by totally peaceful means. Actions take many different forms, from marches and demonstrations to the invasion and occupation of corporate offices and government buildings. Donkeys and pigs are sometimes ‘accidentally’ herded into the headquarters of multinationals. The same buildings have also found themselves the victims of sudden and quite serious rat and cockroach infestations.
Oaxaca is Mexico’s poorest state. It is also the state with the greatest diversity of indigenous communities, with over 20 different languages being spoken. The communities have been robbed of their land and resources by wealthy landowners and foreign (particularly American) corporations.
Those that have resisted have found themselves under attack in many different ways. The corruption of the local government and its officials are well documented. Less well known is its propensity for violence. Activists have been beaten and imprisoned by police on trumped-up charges. Some have been kidnapped and tortured by rightwing paramilitaries in the pay of the local elite, and others have even been shot and killed by these same hired thugs. Simon himself has been shot twice by these people; one bullet remains lodged in his shoulder. Access to healthcare, even emergency surgery, is another problem facing the region’s poor. Oaxaca’s inordinately meagre share of government national spending – and, more importantly, the unfair manner in which it is distributed internally – also impact severely upon education, transport, communications, sanitation, electricity; in short, most essential amenities.
CIPO-RFM presently has a number of projects running alongside its regular campaign work. There is a pirate radio station that promotes indigenous languages and helps communication between the different communities, some of which are geographically very remote. A website has been established with its own mailing list to promote the ideas of the organisation and to keep the outside world informed of its news and campaigns. There is also (presently under construction) a cultural centre and hostel at its Oaxaca headquarters. When finished, the building will allow the organisation to accommodate visitors and to educate them about the struggle and culture of Oaxaca’s indigenous peoples.

(the words and pictures above are subject to copy write but available for free to non profit organisations/publications/websites etc. To use contact: