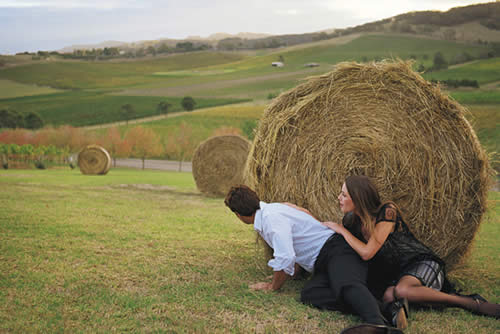 1. Powerful and continuing
expressions of nationalism.
(Prominent use of flags and
slogans. Pride in the military,
and international sports
successes.)

AUSTRALIA/CUBA? Federal Attorney-General Philip Ruddock says he may move to introduce more laws to tackle terrorism when the Parliament resumes in the new year. Mr Ruddock says the Government has been able to honour its initial commitments, with four separate bills passing the Parliament.

2. Disdain for the importance of human rights. (The people are persuaded to accept the regime's abuse of its victims. Such as wide and intrusive surveillance, detention without legal access, extreme interrogation methods, the internment and traumatising of children, etc.)

3. Identification of enemies/scapegoats as a unifying cause. (The use of propaganda and disinformation to divert the people's attention from other problems, and to channel fear and frustration in controlled directions. Active opponents of these regimes are inevitably labelled as terrorists and dealt with accordingly.)

Mr Ruddock says he is pleased the laws have finally been passed. "I would have liked to have seen them enacted before the last election," he said.

4. Supremacy of the military / Avid militarism. (The military is seen as an expression of nationalism, and is used to assert national goals, intimidate other nations, and increase the power and prestige of the state, and those who control it.)

Ruddock: "We made it clear that these were important issues then and we sought the cooperation, we didn't always get it but we have on the occasion."

5. Rampant Sexism (The political elite and the national culture are male-dominated. Abortion and homosexuality are suppressed. The state is represented as the guardian of moral values. Sexual smears are propagated against opponents of both genders. There is a phobia surrounding alleged sexual abuse or misconduct, in both the media and the courts.)

Mr Ruddock says it is a good step forward.

"When people see a terrorist act the first point they seek to make is whether or not there has been an intelligence failure," he said.

Ruddock : "So I think these bills are important."

The Federal Government will spend another $590 million upgrading security at Australian embassies around the world.

8. Religion and state are tied together. (The regimes attach themselves to the predominant religion and portray themselves as militant defenders of that religion. The fact that the ruling elite's behaviour is incompatible with the precepts of the religion are swept under the rug. A perception is manufactured, that opposing the state is tantamount to an attack on the predominant religion.)

DOORS PLUS NO FUSS! AUSTRALIAS LARGEST RANGE OF DOORS IS OPEN TO YOU!

DOORS PLUS NO FUSS!
MORE:

The Government ordered a review of security at Australia's overseas missions after the embassy in Jakarta was bombed in September.

9. Corporate power is protected. (The personal lives of ordinary citizens, and the operations of small businesses, are under strict control. But, the ability of large corporations to operate in relative freedom is not compromised. Corporate excesses and abuses of market power are common. The economic elite are pampered by the regime to ensure a continued mutuality of interests, especially in the repression of "have-not" citizens.)

10. Labour power is suppressed or eliminated. (Since organised labour is seen as the one power centre that could challenge the political power of the regime and its corporate allies, it is inevitably crushed or made powerless.)

Downer: "In this age of terrorism, we just cannot be too careful in providing protection for our diplomats and officials, as well as visitors to our missions overseas," Mr Downer said.

11. Suppression of intellectuals and the arts. (Intellectuals and the inherent freedom of ideas and expression associated with them are anathema to the regime. Unorthodox ideas or expressions of dissent are strongly attacked, silenced, or crushed. Art and literature must serve the "national interest" or they have no right to exist.)

Downer: "We think it's wise to spend the additional money, over a five-year period, and that should give much greater confidence to officers of the Australian Government overseas."

12. Obsession with crime and punishment. (There is a substantial system of criminal justice, with huge prison populations. The presence of a national police force with almost unchecked power leads to rampant abuses. Normal and political crimes are often merged into trumped-up criminal charges against opponents of the regime. Fear of rising crime levels in the society is exploited as an excuse for more police power.)

Police across Australia will now have greater powers to use surveillance devices and access mobile phone text messages and emails after new laws passed through Parliament.

3. Rampant cronyism and corruption. (Those in business circles and close to the power elite often use their position to enrich themselves. Government watchdogs crack down on small operators but ignore corporate mismanagement and corruption until it is too late. Ordinary investors often lose money due to insider manipulation and fraud. The corporate executives who pilfer the financial system, or plunder natural resources without proper justification or safeguards on sustainability, make significant corporate donations to the regime, and help to keep it in power. Government tender processes, particularly in defence and technology, are biased towards favoured contractors, and public money is wasted.)

The laws will allow for surveillance and tracking devices to be used in a wider range of cases, particularly in terrorism, people trafficking and child sex investigations.

14. Fraudlent elections. (Plebiscites and public opinion polls are usually bogus. When elections with candidates are held they are perverted by the power elite to get the desired result. Common methods include maintaining control of the election machinery, intimidating and disenfranchising opposition voters, destroying or disallowing legal votes, and use of a judiciary beholden to the regime.)

They will also enable police to access emails and the contents of a mobile phone without obtaining a separate warrant.

The Federal Government says the legislation strikes the right balance between the protection of people's privacy and ensuring laws keep pace with new technologies.

On the farm, Ev'ry Friday. On the farm, It's rabbit pie day
So ev'ry Friday, that ever comes along. I get up early, And sing this little song...

On the farm, No poor rabbit. Comes to harm, Because I grab it. They jump and frolic, Whenever I go by. They know I help 'em, To dodge the rabbit pie!

Greens Senator Bob Brown does not think increased police powers are necessary. "We have enormous powers for surveillance, apprehension or punishment of people who are engaged in or intending to engage in or thinking about being engaged in terrorist acts in this country," he said.