...by migrant workers, now since one year and one week in sit-in strike against S. Korean government's policy of manhunt, mass arrestings and deportations.

First of all the strike of the government employees was a flop, because only few members joined the strike from last Monday morning. But one of the bad results was that now the cops started to hunt the strike leaders. On Tuesday National Police Agency announced that they have 16.000 riot cops in duty to find the hiding activists 147 they already arrested, 47 were on the run. On many public places, such as churches, universities and even Buddhist monasteries and temples they blocked the entrances and searched for the wanted activists. 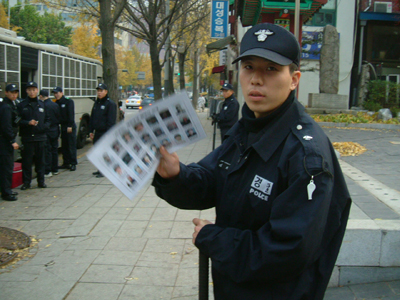 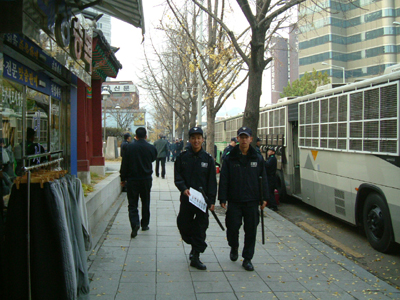 For the Myeong-dong Sit-in Struggle Collective an additional burdening, because the whole week large units, on Wednesday at least 500, of riot cops were blocking the entrance to the compound. The cops checked all the cars witch wanted on the cathedrals parking lot. Many of MSSC's visitors got also problems with the cops.
On Thursday, even on that day the cops blocked the entrance, MSSC together with around hundred sympathizers from many different solidarity groups we celebrated - belated - the "One Year Jubilee" of the sit-in struggle. Beside the nice culture program some of our supporters organized a video screening. We saw an interview made by MSSC members together and with the support of Korean video activists. The web site of the project you'll find here. During final speeches Marcelo Andrade (People and Struggle of the Fourth World War) a moviemaker from Venezuela brought us powerful struggle greetings from activists from his country. 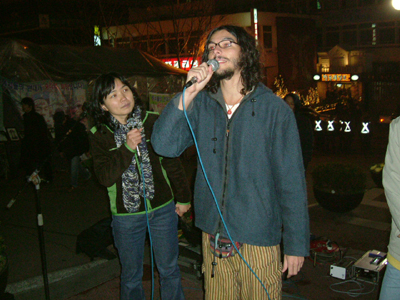 Here some more impressions from our "One Year Celebration" 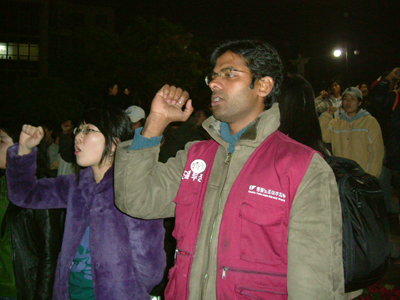 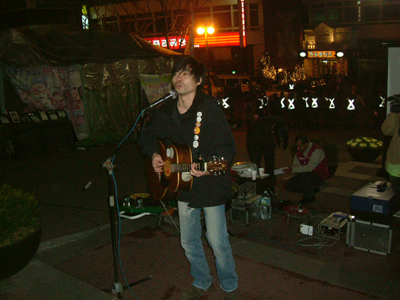 Nowadays the activists who defended their houses, and/or basic of existence in Cheongjin-dong are protesting day and night in front of Jongno-gu (district) office. 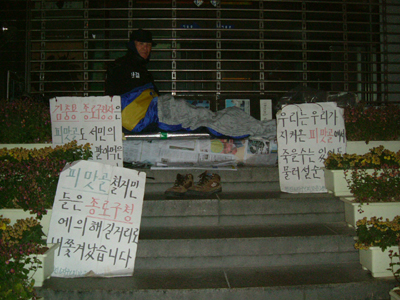 A picture from Thursday night. JUST SUPPORT THEIR STRUGGLE!

Oh, not to forget: on Thursday, one hour before our "One Year Jubilee Celebration" some dozens of progressive catholics held a kind of protest service for to abolish the so-called National "Security" Law (now since 23 days a hunger strike take place on Yeouido, near the National Assembly to demand the deleting of the 56 years complete anti-democratic "law". Read also here). 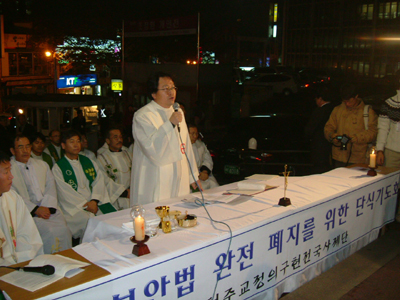 Just by chance in the same night we found that near a subway station: 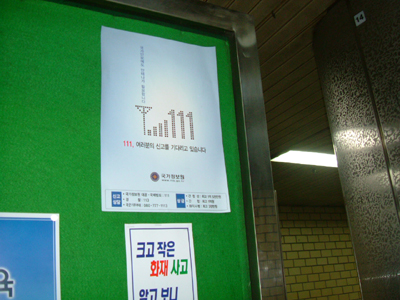 A request by National Intelligence Service (the successor of KCIA) to report so-called N. Korean spies and "left extreme criminals". Of course after the picture was taken the "advertisement" surprisingly disappeared.

On Friday early afternoon at least 30.000 farmers protested in front of Seoul's city hall against FTA, WTO and other cruelties (a kind of analyze about their struggle in a later article). After a powerful rally there they marched in the direction of the residence of president Roh, the so-called Blue House. Of course after a short while they where blocked by thousands of notorious riot cops. And after a short battle everything was over.

Her more impressions from the rally, demonstration and battle 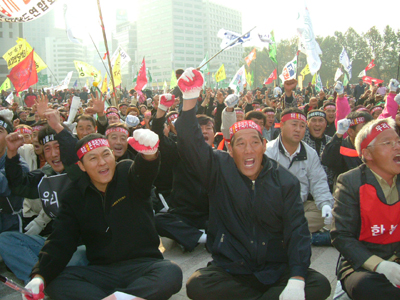 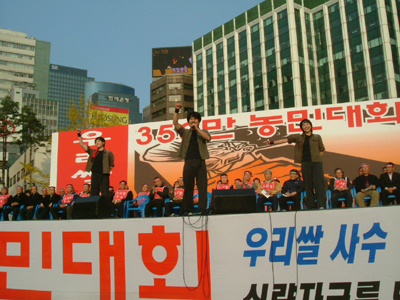 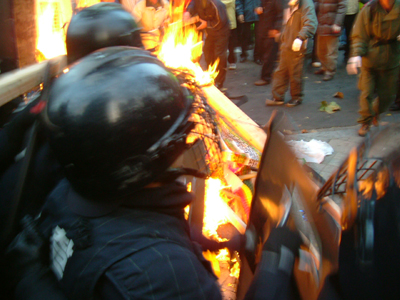 Here you can read a Korean article about it.

Yesterday, Sunday, some members of MSSC joined the cultural struggle festival in Ansan, a industrial city south west of Seoul. Ansan has one of the largest migrant workers communities, more than 30.000 of them are living there. But unfortunately only around 50 migrant workers were joining the real nice event. 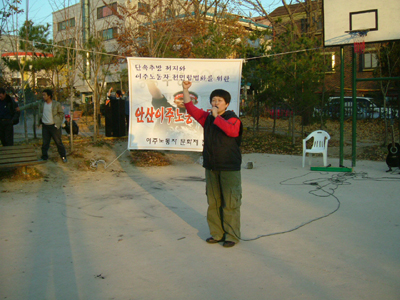 This shows our weakness to organize properly our comrades. But according to the organizers of the festival yesterday more people joined as the festival before. So, still - if we are able to strengthen our efforts - there will be hope.
Here and the sites before you can find much more pictures from the last week struggle. 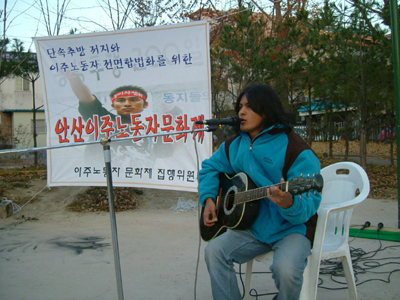 RELEASE ALL MIGRANT WORKERS FROM DETENTION CENTERS!
FREEDOM FOR ALL POLITICAL PRISONERS IN S. KOREA… AND EVERYWHERE!
LET’S FIGHT TOGETHER FOR A WORLD WITHOUT EXPLOITATION AND OPPRESSION!
ANOTHER WORLD IS POSSIBLE, ONLY IF YOU WANT AND FIGHT FOR IT!