Prisoner demo Monday at US Embassy... 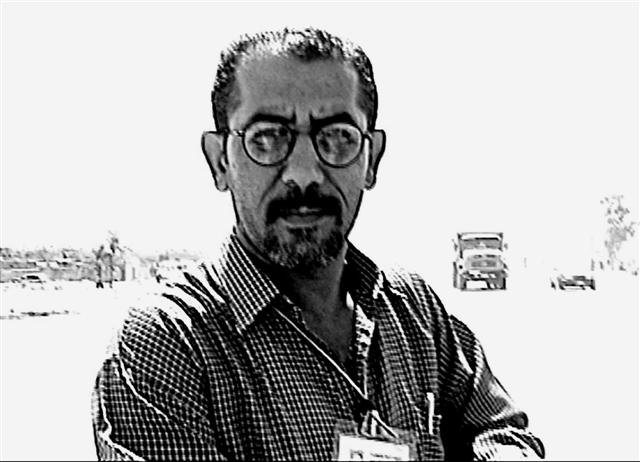 Junis Kuthair before his arrest.

Iraqi cameraman Junis Kuthair was arrested in Baghdad on september 24th 2003. No reason has been given for his detention. It is thought that he came to the attention of the Coalition authorities for interveiwing some Iraqi cops who were shot by trigger happy Americans in Falluja few days earlier. Junis was previously held in Abu Ghraib for 6 months for offending one of Saddam's sons with a subversive poem.
The purpose of this demo is to bring attention to the plight of Junis and the repression of the Arab media in Iraq. Many Arab journalists have been shot dead or seriously wounded since the coalition took charge. All are welcome at this demo who care about the Iraqi prisoners and human rights in Iraq. Bring your banners costumes and imagination.
(Demo called by the NUJ London Freelance Branch)