Danny Glover Voices Concern Over US Intervention in Haiti

Danny Glover in support of the Global Women's Strike gave an emotional talk today in Camden, London. He talked for over two hours about what he saw as the bogus intervention by the US in the domestic affairs of Haiti. 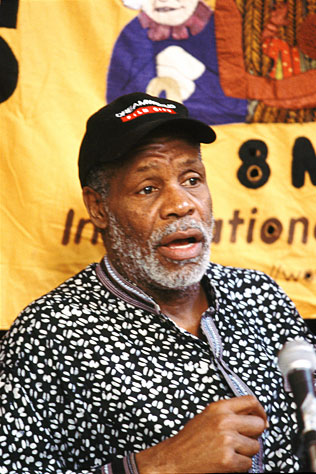 Danny Glover has been a vocal opponent to the coup which saw President Aristide removed from power earlier last month. Close to tears at times, he recounted how he had cried on hearing of Jean-Bertrand Aristide's ousting in a US backed operation. Drawing parallels with other instances of US intervention in Latin America and the Caribbean, the seasoned activist was adamant that this was a serious blow to democracy and a tradgedy for the Haitian people. Mr.Glover called on Europeans to act in support of the Haitian people and to forge networks to counter the US mainstream media machine. Further info can be found at