Elections have just been held in Guatemala. Polling in the number 3 spot is former dictator Gen. Efrain Ríos Montt who came to power after a coup in 1982. Analysis and results, with links and video from Guatemala in Spanish and English. 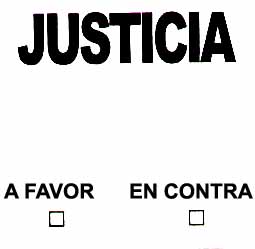 Ríos Montt, 77 years old, is the candidate for the FRG [Republican Front] party to succeed President Alfonso Portillo. His 18-month rule has been blamed for the mass murder of more than 200,000 people, and the displacement of nearly one million people. Election monitoring is happening on an unprecedented scale in Guatemala. Some are saying this is the most pivotal election in decades, and if Ríos Montt comes to power there is the very real possibility of a return to the police state of the 1980s.

Ríos Montt has gained ground in the polls, but remains in third place behind front-runner Oscar Berger, the right-wing ex-mayor of Guatemala City and a strong supporter of the The Central American Free Trade Agreement [CAFTA], and Alvaro Colom, a former interior secretary running with the National Union of Hope Party.

Fraud and electoral anomalies have been reported since before the elections even began. In San Marcos province for example, duplicate certificates of residence have been detected. All 900 citizens of the town of San Miguel Ixtahuacán will not be able to vote this Sunday, as a result. The local congressional deputy has condemned this, and is pressing for a full judicial investigation. Details on Prensa Libre [spanish].
The general's electoral campaign has also been marked by extraordinary levels of political violence. Recently, ex-paramilitary groups ("Los ex-PAC") held 4 journalists hostage in Huehuetenango to demand financial compensation for their "services" during the war. The hostages have now been released. The ex-paramilitaries also threatened to block roads and shut down the elections if the government didn't pay them by last Friday.
There are rumours that the FRG is enlisting street gangs to incite chaos and disrupt the elections. Rigoberta Menchu, national champion of indigenous rights, was recently assaulted by an FRG mob inside the constitutional court, the highest court in the land, where her organization and others were challenging the legality of Ríos Montt's candidacy. It is clearly illegal, since the Guatemalan constitution prohibits anyone who has participated in a coup from seeking the presidency. But in July, thousands of Ríos Montt supporters descended on Guatemala City, shutting down the capital and creating chaos. The angry FRG mob shouted, "Indian, go sell tomatoes in the market!" among other things; the president of the court fled his own courtroom with no attempt to restore order, and the police did nothing. The Constitutional Court then lifted the ban: Ríos Montt's supporters have won their case by force.
Since May, there have been 20 political assasinations, another 13 people survived gunshot wounds, many more have received death threats, had their houses or vehicles fired upon, or faced other forms of intimidation. Journalists have also been targeted. Human rights organizations are receiving death threats, and candidates and election monitors are facing similar intimidation, especially in the countryside.
According to local campaign-monitoring groups, 21 candidates and activists (mostly belonging to opposition parties) have been killed since the campaigns began. Eduardo Stein, a vice-presidential candidate from the opposition Grand National Alliance, said Indian communities have been threatened with physical attacks and cuts in government aid if they do not support the ruling party.
Elections in 1995 and 1999, when Gen. Ríos Montt was barred from running, also saw riots and other political violence orchestrated by the FRG.

General Ríos Montt's daughter Zuri Ríos is the vice president of the Guatemalan Congress. She's in Washington to reassure U.S. officials that Guatemala will not sink into chaos if her father wins.
Finance Minister Eduardo Weyman is also in Washington, reassuring international financial organizations that right-wing "modernisation" efforts will continue, and explaining that international capitalism should welcome a Ríos Montt victory.
The U.S. government needs no introduction to the general, and they are taking a keen interest in the outcome of the elections. Former President Ronald Reagan, who was in power at the same time as Ríos Montt, memorably stated at the time that the General was "totally dedicated to democracy", and that Ríos Montt's government had been "getting a bum rap". The U.S. supported the dictatorship not only with kind words like these, but also with money, training, military intelligence and other support. Today the situation is somewhat different: the US goverment is no longer supporting Ríos Montt, and is apparently against his candidacy. They have not, as in recent elections in Nicaragua and El Salvador, expressed their rejection of the moderate URNG candidate, and believe that Ríos Montt would be a destabilising force for US and global capitalist interests in the country and the region. They have made it clear to the FRG that they will not tolerate acts such as the riots orchestrated on the 24th and 25th of July. But they have also made their will very clear to President Portillo, insisting that he veto the reforms to the Labor Code approved by Congress, which established three days of obligatory holiday because of the elections. That is to say, as always, this powerful force will watch to assure that its interests are protected.

This morning, 9th November, the polls have opened throughout Guatemala for Guatemalan General elections. The international Vox Latina polls and Guatemalan press give a solid lead to the conservative GANA candidate Oscar Berger, placing Alvaro Colom of the National Unity for Hope party a staunch sixteen points ahead of the disputed third-place contender General Efrain Ríos Montt.
As of 6pm, there are reports of queues of up to five hours at polling stations, growing longer as the polling stations close. A record turnout is being reported at many polling stations. Outrage and some violence has flared up as people discover, after making long, exhausting treks overland to polling stations, that their names are not registered on the electoral rolls, or that the polls have closed before their turn came in the queue. At least one bus driver carrying voters to the polls has been shot and wounded.
Results of the vote count in most provinces are not expected until at least midnight.
Live coverage on Indymedia Chiapas | Analysis of the pending election | Update, 2003-11-09 18:48

According to projections, Oscar Berger of the Gran Alianza Nacional (Gana) will go to the runoff elections against Alvaro Colom of the Unidad Nacional de la Esperanza (UNE). General Ríos Montt was beaten soundly into third place with only 15% of the vote, despite his FRG supporters using the predicted intimidation tactics. These included seizure and burning of ballot boxes.
More reports by Prensa Libre:
[spanish: 1 | 2 | 3 ] | [english translation by google: 1 | 2 | 3 ]

Indymedia report 2003-08 on political violence from the FRG